Twenty-three years ago Daniel Rothschild was feeling a lack of spirituality in his life. At the suggestion of his wife, Lori, he walked into a class at Temple Emanuel of South Hills.

“I’ll always remember the portion of that day was Parshat Terumah,” said Rothschild, founder and CEO of Rothschild Doyno Collaborative, an architecture and urban design firm based in the Strip District.

The parsha recounts the directives and stipulations for building the Mishkan, or Tabernacle. Verse after verse notes God’s instructions, as well as the detailed requirements for poles, lampstands, cloths and clasps that were to be used with the portable sanctuary.

“They’re talking about cubits, and posts, and bars and curtains, and outer courtyards and inner courtyards, and I’m constructing this thing in my head because it’s like an architectural specification,” said Rothschild.

“The double squares, the altar in the middle of the square, the Holy of Holies, the triple square — that’s the tent of meeting. I’m seeing the whole thing and I’m thinking, ‘This is incredible and this is religion, no?’”

Rabbi Mark Mahler, who was leading the Tabernacle discussion, also shared the midrash that individuals are incapable of fully understanding life before the age of 40.

“I’m sitting there, I’m thinking about the Mishkan, I’m putting this building together in my head,” Rothschild said. “I just turned 40 and he’s telling me that now’s the time that you’re ready for wisdom. And it was.”

Ever since that Shabbat morning in 1998, Rothschild has consistently attended Torah study sessions. He’s gone through the Five Books of Moses, scrutinized their contents and experienced holistic change.

“Torah study has given me an owner’s manual to live my life,” he said. “And it very much infuses my work.” 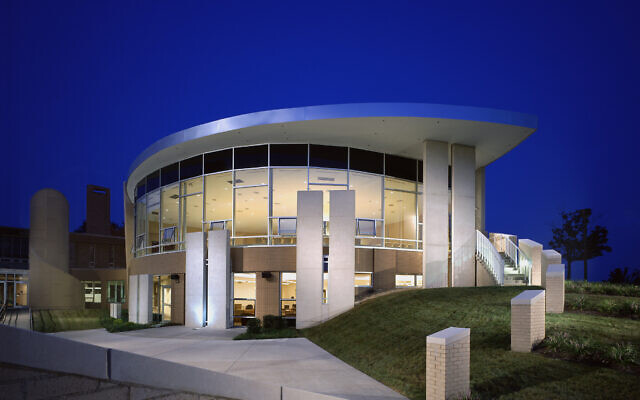 The firm was recently tapped to collaborate on the renovations to the Tree of Life building along with internationally renowned architect Daniel Libeskind.

Rothschild remembers every project — and the inspiration for each — but said four in particular stand out to him. In 1998, Rothschild Doyno helped the South Hills JCC represent Jewish hospitality. Along with a roofline rising up at the building’s main entrance, the structure recalls Abraham’s tent and the call to welcome strangers. That project proved the firm’s ability to fuse Jewish symbolism and practicality.

In 2001, the collaborative relied on the biblical imagery of fire and clouds when working with Hillel Jewish University Center. Just as Hillel provides guidance to college students, the pillar of fire and cloud led the Israelites through the desert, said Rothschild. So, through a sculpture above the building’s entrance, curvilinear silver elements signifying clouds and glazed walls representing fire, the entire Forbes Avenue structure “becomes a subliminal message that Hillel is out there to provide guidance.”

In 2003, the firm helped Temple Emanuel explore the relationship between light and time.

“We ended up designing a prayer space that focused on the quality of light from evening Sabbath light to morning Sabbath light,” Rothschild said. “And we designed the building to be a vessel that showed the differences between that light by the architectural design and massing.” 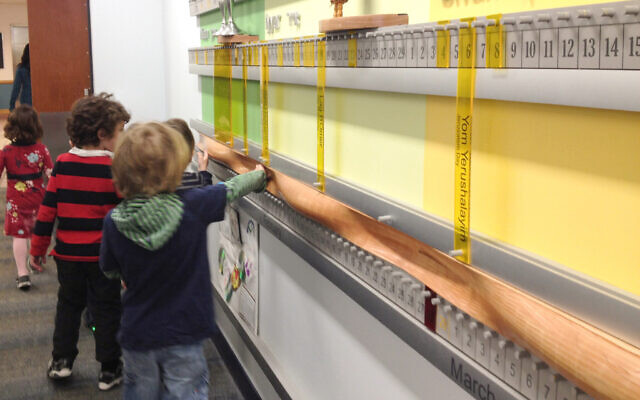 A current member and past president of Temple Emanuel, Rothschild is proud of providing his community with a building that reinforces fundamental Jewish concepts.

Rothschild also described a 2013 “Calendar Wall” project with the Jewish Community Center of Greater Pittsburgh’s Early Childhood Development Center. Rothschild’s team considered ways to serve the space’s ultimate users: children. Judaism often is experienced by its youngest practitioners through the holidays, but it can be difficult to understand the relationship between the Jewish lunar calendar and the secular Gregorian calendar. Rothschild helped create an exhibit that relates the two calendars — by focusing on lunar cycles and Jewish holidays and allowing children to physically engage with artifacts, artwork and an undulating wooden “Moon Belt.”

The four projects are testaments to what defines Rothschild Doyno Collaborative, according to its founder and CEO.

“By interweaving Jewish stories and memory into these buildings, we’re telling our story. And that’s what makes us unique,” said Rothschild. 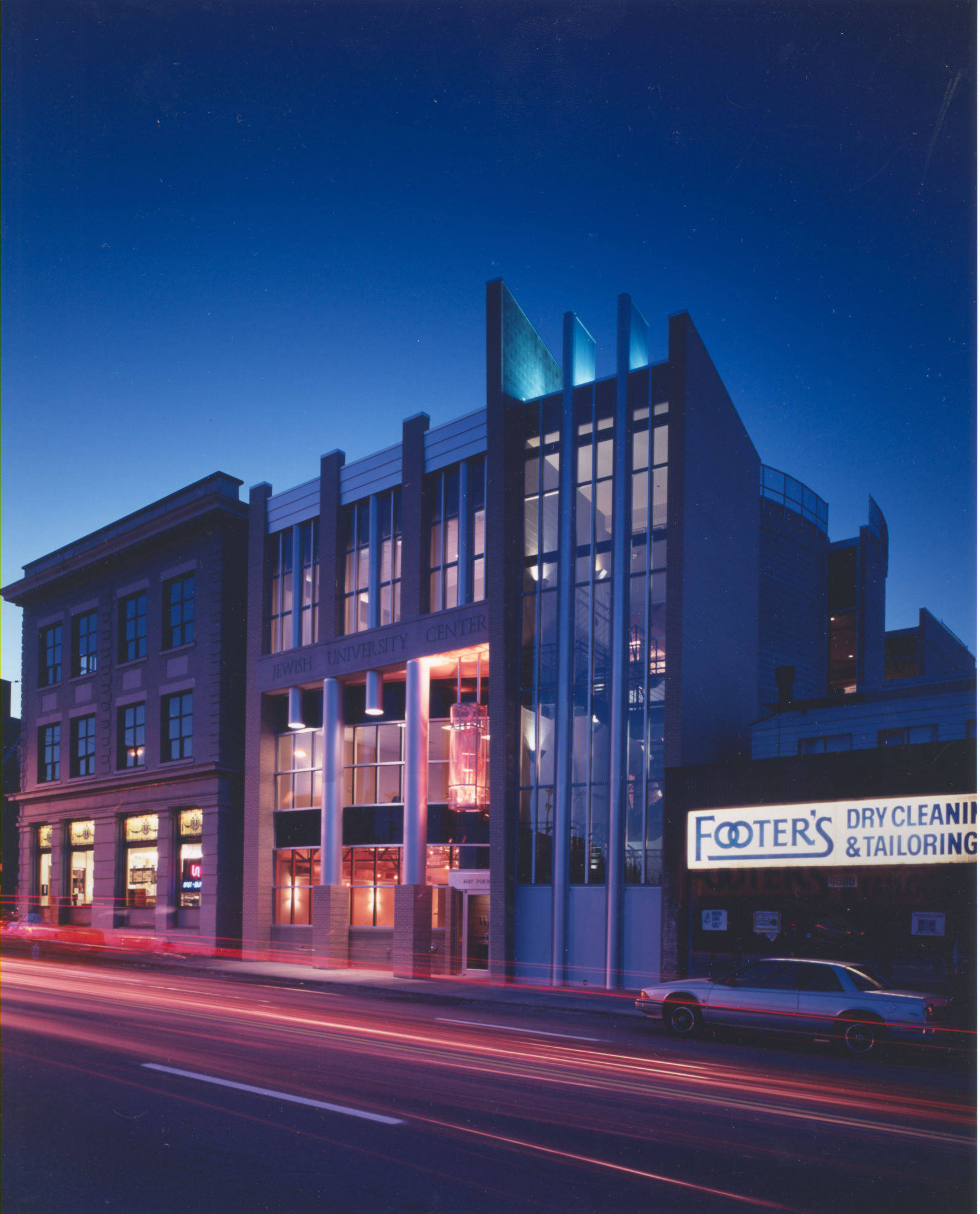 Rothschild grew up in an apartment in White Plains, New York, raised by his single mother after his parents divorced when he was 4. He credited his mother with ensuring he and his two brothers celebrated bar mitzvahs, but said, “We weren’t necessarily connected very strongly to Judaism.”

Only after moving to Pittsburgh decades later, and with a push from his wife Lori to attend Torah study at Temple Emanuel, did Rothschild fully embrace his Jewish identity.

Now, he said, he can see the story of his life — how work and faith come together.

“When I read Torah, and I look at the story, I feel my architectural training allows me to put pieces together of that story year after year, to make it new each time,” he added. “It is very similar to a building. A building is really made up of the connections between disparate pieces. Very rarely does a piece just stand on its own. It’s either held up by something or connected to something else. I think Torah is very similar: The pieces are connected. One part of the story ends and another part begins.”

That relationship between story and building is better understood three dimensionally rather than linearly, Rothschild added.

“I think for architects who are blessed with the understanding of the Jewish faith, it does allow them to see architecture, or see Judaism, in a different way — maybe in a complex way, maybe a more meaningful way. At least it does for me.” PJC