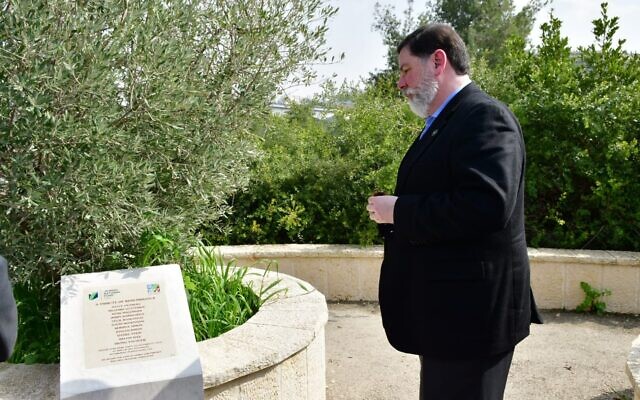 Since the Oct. 27, 2018 shooting, Mayor Bill Peduto has memorialized those murdered, including during a visit to Israel. (Photo by Rafi Ben Hakun, KKL-JNF)

In response to the recent rise in the number of antisemitic acts across the world — including , physical assaults, verbal harassment and vandalism — Frankfurt am Main (Germany) Mayor Uwe Becker, the Federation of Local Authorities in Israel, and the Combat Antisemitism Movement have launched a joint statement campaign. So far, 28 mayors from cities in 12 countries have signed the statement, standing united to protect Jewish communities.

“Sadly, antisemitism has become rampant in cities across the world and local leaders — who know firsthand, as Pittsburgh does, the pain and suffering it costs our communities — must stand together to fight it,” Peduto told the Chronicle in an email. “I am honored to join this battle.”

The joint statement acknowledges the civil duty of municipal leaders to “stand united and committed to the safety of all Jewish residents in our cities,” said Becker in a prepared statement. “As proud civic leaders, we say unequivocally we reject Jew-hatred in our cities now and always.”

The statement and full list of signatories can be viewed here. PJC