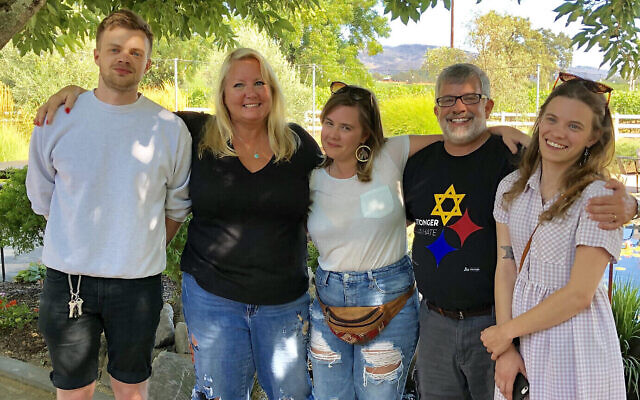 Thirty years ago David May-Stein entered a classroom at Langley High School. Just one decade removed from his own time as a high school senior, May-Stein wanted to connect with the students seated before him, share knowledge and positively influence young adults the way his instructors had influenced him.

May-Stein knew how to achieve his aims, and classroom activity was only one piece of the puzzle.

In order to deliver optimal instruction, educators must place themselves and their families first, said May-Stein, 56.

So first at Langley, then at every other institution where May-Stein worked during his three-decade tenure with Pittsburgh Public Schools, the educator adopted and shared the philosophy he’d learned from his own mentor Robert Pipkin.

Placing one’s self and family first “conveys the human side of what we do,” said May-Stein, who on Dec. 31 retired as PPS’ chief of school performance.

“As educators we work so closely with one another, and with our students, it becomes another extension of family,” he said. “It’s hard for non-educators to understand the level of commitment and mental investment that educators put on one another, and certainly the children they teach or support.

“In order for people to do that day in and day out — which is absolutely what we want them to do — they must take care of themselves first because if they don’t, then ultimately the mental investment and physical commitment, the 24 hours spent thinking about your classroom, is going to fail.”

Most recently, the pandemic brought many classroom challenges to the fore, he said. COVID-19 highlighted vast inequalities among students, as well as the difficulties of reopening.

“We hear stories of teachers dying, and grandparents falling to this terrible disease, that could have been preventable,” he said.

“There are multiple perspectives on how children are affected by COVID,” he added —perspectives that will be enhanced by future research. For now, though, educators, administrators, officials and parents must determine a collaborative and safe course.

Thankfully, many lessons have been learned from the experience thus far.

“A lot of great things happened by accident,” he said. Whether it’s students and teachers finding new ways to communicate, or seeing some of the benefits of remote learning, “there are things we should study from this and determine if various successes or strategies that worked in one school need to be replicated.” 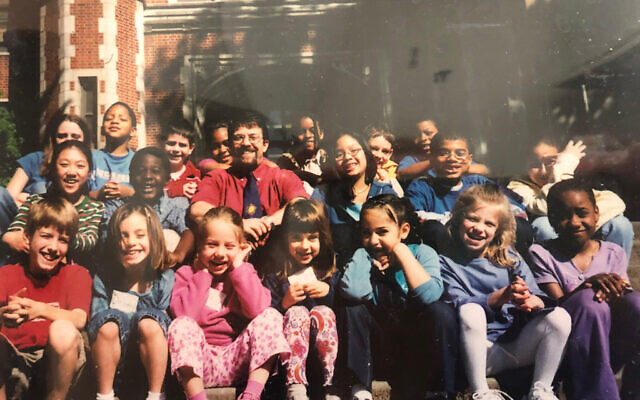 Extrapolation, and applying lessons learned in one environment to another, was the hallmark of May-Stein’s career.

In one of his first positions, May-Stein served as a homebound teacher traveling to students’ residences or to Children’s Hospital to meet with individuals unable to attend school because of illness or injury.

“The difficulty of those circumstances helped me understand the challenges our kids come to school with every day,” he said.

Serving as a homebound teacher, and later working at the Secondary Alternative Education Center during the mid-1990s, helped shape May-Stein’s outlook on education.

“I quickly learned that no matter what circumstances are for kids, no matter what, every single student wants to be successful,” he said. Teachers must create a learning environment “where kids could feel safe to do it, where they don’t feel humiliated for not being able to complete a skill.” Relationship-building and gaining trust through listening are “some of the best ways we as educators can do this, because no matter the circumstance, anybody can be successful if you invite them into the process in a safe and authentic way.”

While teaching at Allegheny Middle School, May-Stein came to better appreciate the challenges middle schoolers face, and at Knoxville Elementary School — while helping “build the school from scratch” — he was introduced to “what leading really looks like: from setting expectations, to carrying out those expectations, to shared responsibilities, teamwork and the challenges of making mistakes and owning them.”

At Pittsburgh Colfax K-8 — a nine-year stretch he called “some of the most rewarding part of my career” — May-Stein learned, from a group of dedicated parents, the commitment needed to harness a school’s inherent value and demonstrate its worth to prospective families. 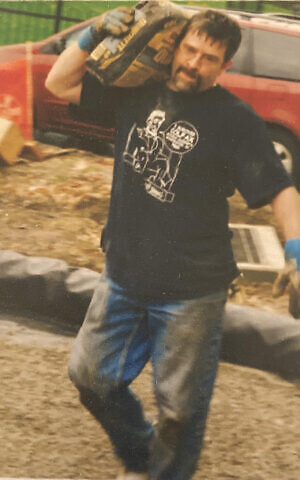 “One of the beautiful things about Colfax at the time was that we had kids from all over the world,” he said.

Students spoke 15 different languages, and by partnering with students, families, teachers and staff, it netted an unparalleled opportunity to highlight multiculturalism through classroom instruction and extracurricular events, which in turn attracted families, he said.

During May-Stein’s Colfax years, enrollment increased from 230 to 700 students. Additionally, the school expanded from K–5 to K–8, and a new building was built along with a glass bridge connecting the addition and former space.

After Colfax, May-Stein accepted a position as assistant superintendent in PPS’ central office before ultimately becoming chief of school performance, where he oversaw and mentored administrators while working with PPS’ superintendent and executive cabinet to support the district’s educational goals.

May-Stein spent much of the past 30 years on his own education. He earned a master’s in public management from Carnegie Mellon University in 1998 and a doctorate in education from the University of Pittsburgh in April 2020.

While May-Stein’s retirement signals the formal end of his PPS tenure, he doesn’t see himself as removed from the educational sphere.

“I’m young. I’m not going to leave the workforce,” he said. “I believe that there is a lot of good work that can be done to impact children.”

Along with helping students succeed, May-Stein would like to benefit fellow school leaders, as he noted within his 170-page dissertation, “An Exploration of Superintendent Perceptions and District Initiatives Related to Minority Student Success in Southwest Pennsylvania.”

He writes that K–12 public school superintendents experience challenges beyond finances and board politics, including influencing other educators “that all students, specifically, minority students, can achieve at the same level as majority students.” There is also the difficulty of delivering and designing “rigorous and culturally relevant instruction and partnering with parents and the community to support students and families both in and outside of school.”

Schools and their leaders face unique challenges, but each issue ultimately comes down to how best to develop and maintain a culture where students are “college-, career- and life-ready.”

“There’s so much work to be done,” he said. PJC