Patty McKeown hadn’t seen her ward in months. When McKeown, a case manager with JFCS Guardianship Services, approached the door to deliver a gift, she knew there would be little interaction. Because of the pandemic, monthly in-person visits had been replaced by phone calls — but those calls were not even with her ward, a young woman with intellectual disabilities. Instead, McKeown received updates from staff at the residential home.

As she reached the home’s doorstep, McKeown deposited a wrapped box containing a karaoke machine — a gift for her ward who dreamed of one day starring on “America’s Got Talent.” McKeown quickly returned to her car. With almost 40 wards under her care, there were dozens more gifts to deliver.

Through its guardianship services, JFCS manages each ward’s financial resources and/or makes informed medical decisions on the person’s behalf. Based on each client’s case, needs dramatically vary. Approximately 30 individuals under JFCS’ care have intellectual disabilities; other wards have chronic mental illnesses, like schizophrenia; some of JFCS’ wards have Alzheimer’s or dementia. 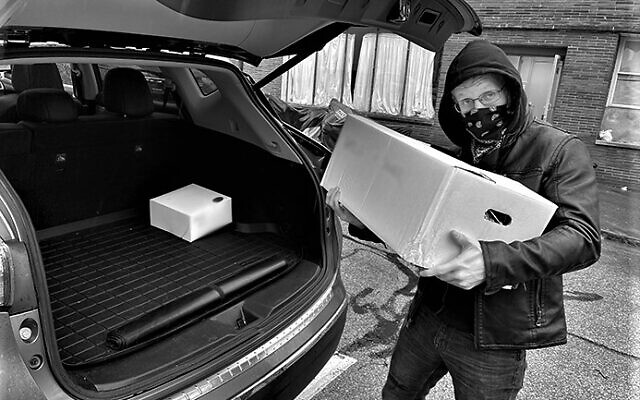 “Most of our clients are indigent,” said Iole. “They live paycheck to paycheck. Some of them are living off of $45 a month because all of their benefits go to the residential provider, so you can imagine they really live most of their life with nothing.”

Iole received various requests. One ward asked for a chocolate cake. Another wanted a Pittsburgh Steelers jacket. Someone asked for a Keurig. Several wards wished for tablets in order to connect with family.

“Right now, with the coronavirus, they’re very lonely and isolated,” said Iole. “Some of them are sitting in a room with nothing in there, not even a radio.”

An older gentleman wanted yarn. A young woman asked for an art set. One of Iole’s wards just wanted a shower chair that wasn’t broken. 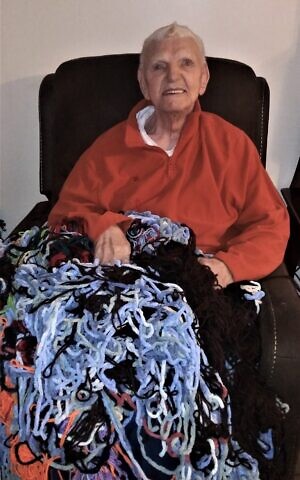 A JFCS ward, with a love of rug making, holds yarn. Photo by Victor Porch

Like McKeown, Iole carries a caseload of 40 wards. So does Devin Shuman. With the help of another social worker and a fiscal assistant, JFCS oversees more than 130 clients ranging in age from 18 to 98 years old.

Those struggling the most, said Iole, are the ones who’ve aged out of Allegheny County’s Office of Children, Youth and Families (CYF).

“They’ve somehow been under the radar, and they themselves have been abused by either family members, caretakers, on the street, through sex trafficking, things like that,” she said. “Those are the most horrific stories we have. They’re our toughest because they usually have a lot of trauma, and not a lot of resources to get them the help and services they need.”

Someone can come to the program for any number of reasons, but homelessness is a common one, said Iole.

Before working with guardianship services, clients often migrate between shelters, abandoned buildings and local bridges. One person who recently entered the JFCS program was homeless for 40 years. After conducting a history, JFCS discovered his mother was homeless, too.

“It was really the only way he knew,” said Iole.

With JFCS’ aid, the man was evaluated and placed in appropriate housing — a staff-supported setting where he’s able to stay for three years and hopefully learn the life skills needed to eventually live on his own.

For this man, and each JFCS ward, independence is the objective.

“We want to make them be able to live in the most unrestricted environment and be able to do things on their own — that's our goal,” said Iole. “Of course, we have some individuals that could never do that, but a good portion of our people become pretty self-sufficient.” 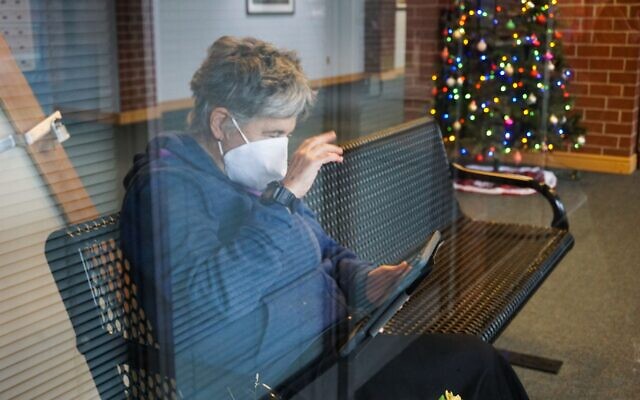 JFCS began its guardianship services in 1993. Since that time, the program has grown from a handful of clients to as many as 150.

The guardianship program is consistent with JFCS’ mission “to be there for people through every aspect of life, every change and challenge,” said Dana Gold, COO of JFCS. “The people who end up needing guardianship support are the people who are the most vulnerable in our community.”

This became even more evident during the past year, explained Snyder, the local attorney responsible for the $12,000 gift to JFCS Guardianship Services. COVID-19 has caused widespread suffering, but there’s a great disparity between not being able to see family, or hug loved ones, and the suffering guardianship clients are experiencing, he said.

During the past year, JFCS has endured a particularly dark period, explained Rebecca Remson, JFCS’ director of development and communications.

“When you look at those daily death counts, those are people we know and we love,” said Gold. “This stretch has been extremely difficult for our staff who in many ways act as a ward’s parent.”

“We've always dealt with death — I think it's part of the job — but with COVID, it's just crazy,” said Iole. “I got to a point where I hated answering my phone.”

After a while, the calls became almost formulaic, explained Gold: In the beginning it was that JFCS couldn’t visit a ward because of distancing requirements, but then some calls became updates from group home or nursing home staff that a ward had symptoms or couldn’t breathe. Follow-up messages often related that the ward required hospitalization, placement on a ventilator or even that he or she had died.

Sometimes, the period between calls from initial symptom diagnosis to death was fewer than 24 hours, said Iole.

Carrying that much loss was “painful,” said Gold. “Our guardians are very committed. They love their wards.”

The guardianship program operates out of a small department at JFCS with little turnover. Iole has been director for 12 years. McKeown has been there for 20 years, and has been with some of her wards since the day she started.

Snyder has supported JFCS for 25 years, but only recently learned about its guardianship services after asking JFCS leadership who was severely affected by the pandemic.

Upon hearing about the program’s clients and staff, there was no choice but to help, he said.

In so many places, wards are people who are often “invisible or nameless,” but not at JFCS, said Gold. “Edgar remembered them and now the community knows them too.” PJC