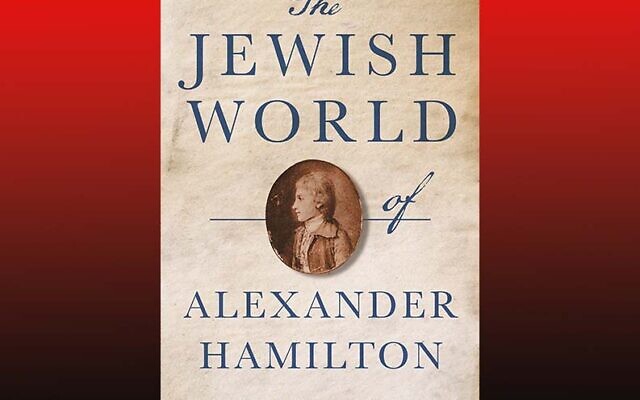 Andrew Porwancher is uncomfortable drawing comparisons between himself and Lin-Manuel Miranda, the creator of the musical “Hamilton,” which returns to the Benedum Center on Feb. 23 and runs through March 13.

“I’m hesitant to say that Lin-Manuel Miranda and I are engaged in a collective endeavor of reimagining the story [of Alexander Hamilton] from a minority perspective because I don’t want to cast myself in the same league as one of the creative geniuses of our time,” Porwancher said.

And yet both Porwancher, a historian and author, and Miranda have found new ways to chronicle the journeys of minorities in America through the story of one of the country’s founding fathers: Alexander Hamilton.

Miranda did so through his casting and musical score accompanying his Broadway hit “Hamilton”; Porwancher does so in his book “The Jewish World of Alexander Hamilton” ( Princeton University Press), which explores the question of whether Hamilton was born and raised Jewish.

Porwancher is the Ernest May Fellow at Harvard University and the Wick Cary Associate Professor at the University of Oklahoma. He said his enthusiasm for examining information from a different perspective is what distinguishes his book from others about Hamilton.

It’s long been known, Porwancher said, that Hamilton’s mother was named Rachel Faucett Lavien and that he was educated in Jewish schools. But no other Hamilton scholar, Porwancher said, has seriously reckoned with evidence that indicates a Jewish identity on the part of the founding father.

“My entry into this topic was not so much finding a smoking gun document that no one else had uncovered,” he said, “but it was a willingness to look at evidence that’s long been there with fresh eyes. And then, from there, go down a rabbit hole that involved uncovering archival material that hadn’t been looked at before.”

Porwancher spent seven years researching and piecing together the Jewish trail of evidence, starting with Hamilton’s stepfather, Johann Michael Lavien, and his mother’s possible conversion to Judaism before marrying the Danish businessman.

In addition, the author took a fresh look at Lavien’s surname and its variants, his business dealings with other Jews and even the fact that Rachel and Johann’s son Peter — though not raised Jewish — was not baptized by the couple.
The book, Porwancher said, makes two related arguments.

“The first is that there is a probabilistic case to be made that Alexander Hamilton is born and raised Jewish,” he said. “The second part of the argument is that, although Hamilton reinvents himself as a Christian and has no Jewish identity in his American adulthood, he develops a closer relationship with the American Jewish community than does any other American founders.”

Hamilton, Porwancher writes, supported the cause of civic equality for America’s Jews at a time when antisemitism was often wielded as a cudgel in mainstream American politics.

Although Porwancher’s book looks specifically at the question of Jewish identity through the eyes of Alexander Hamilton, it also wrestles with what that identity might mean for America.

The historian said he wouldn’t be surprised if some Jews find solace from the notion that Hamilton might have been Jewish, especially as antisemitism has resurfaced with new vigor.

Other readers, he said, have taken umbrage.

“To be candid, I have received hate mail from specifically those kinds of people who are profoundly disturbed at the prospect that an American founder might be Jewish,” Porwancher said. “They think that I am somehow undermining the notion that America, from its inception, has been a fundamental Christian country.”

The author also was concerned with not promoting antisemitic tropes in his book.

“The notion that I’ve uncovered evidence that the patron saint of Wall Street may have been hiding a secret, Jewish identity — that fear dovetails all too seamlessly with the kind of conspiracy theories involving bankers that are common today,” he said.
While Porwancher doesn’t think of himself as traversing the same creative circles as Miranda, there is no doubt that his book, like Miranda’s musical, has widened the conversation about one of America’s founding fathers.

“The Jewish World of Alexander Hamilton,” published in August, was selected by the Journal of the American Revolution as its 2021 Book of the Year. PJC