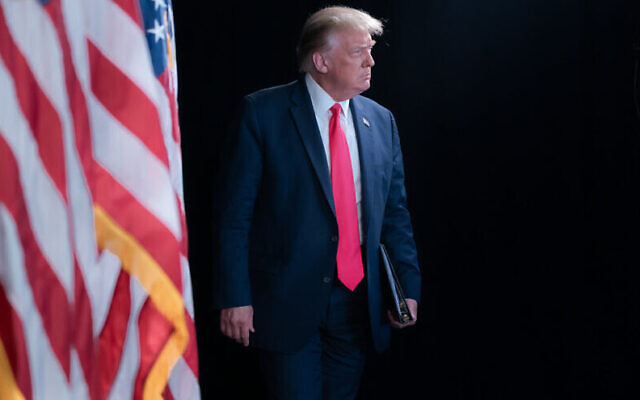 (JNS) – Top Israeli leaders, including Prime Minister Benjamin Netanyahu and President Reuven Rivlin, joined the chorus of world leaders who are wishing U.S. President Donald Trump and First Lady Melania Trump a speedy recovery after they announced they tested positive for the coronavirus.

“Like millions of Israelis, Sara and I are thinking of President Donald Trump and First Lady Melania Trump and wish our friends a full and speedy recovery,” Netanyahu said in a statement on Twitter.

“On behalf of the Israeli people, our thoughts and wishes are with President Trump and the First Lady for a refuah shlema, a swift and full recovery,” wrote Rivlin.

Trump announced on Twitter about an hour after midnight on Thursday that he and Melania tested positive for the coronavirus.

“Tonight, @FLOTUS and I tested positive for COVID-19. We will begin our quarantine and recovery process immediately. We will get through this TOGETHER!” Trump tweeted.

The announcement by Trump came just hours after it was reported that adviser Hope Hicks had tested positive. Hicks had been traveling with the president this week, including to the presidential debate on Tuesday and a campaign rally in Minnesota on Wednesday. She served as White House communications director from August 2017 until March 2018, working since then in public relations.

While there is no indication that Trump has any serious symptoms, his age at 74 and possibly any existing health conditions put him at a higher risk. On Friday morning, it was reported that Vice President Mike Pence and his wife Karen had tested negative for COVID-19.

Other major world leaders have previously been diagnosed with COVID-19. British Prime Minister Boris Johnson spent a week in the hospital, including three nights in intensive care in the spring; Brazilian President Jair Bolsanaro grappled with the illness this summer; and Canadian Prime Minister Justin Trudeau’s wife tested positive earlier this year. Netanyahu also has been forced to quarantine in April after Israel’s former health minister tested positive. PJC