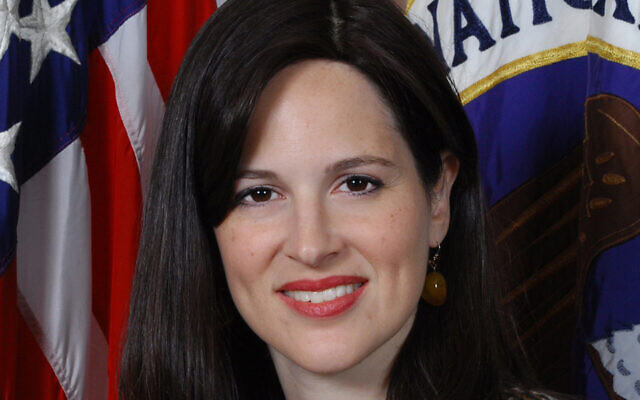 (JTA) — NBC has removed a report about hundreds of thousands of dollars in donations to AIPAC, the pro-Israel lobby group, by a top Biden security official’s family foundation, saying the article did not meet its standards.

The article, which amplified a report by the left-wing investigative magazine Mother Jones, outlined more than $500,000 in giving to the American Israel Public Affairs Committee by a foundation named for Anne Neuberger, the top Biden cybersecurity official, and her husband Yehuda. The foundation funnels its donations through the Associated Jewish Community Federation of Baltimore.

The article quoted only anonymous sources, including multiple who suggested that Neuberger’s ties to AIPAC donations “would raise a lot of eyebrows” about her impartiality.

“After a number of readers raised issues with this article, NBC News conducted a review and has determined that it fell short of our reporting standards,” NBC said late Wednesday, the day the stories appeared.

“In order to warrant publication, it needed on-the-record quotes from critics, rather than anonymous ones,” it said. “The article should have also included more views from those who believe that donations to AIPAC do not represent a conflict. And it did not give Neuberger adequate time to respond to our reporting.”

A number of national Jewish groups including AIPAC called on NBC and Mother Jones to retract their stories, saying they insinuated that Neuberger, an Orthodox Jew, is not fully loyal to the United States. Mother Jones has not retracted its version of the story.

“Charges of dual loyalty are anti-Semitic and insult millions of Americans — Jewish & non-Jewish — who stand by our ally Israel,” AIPAC said in a tweet. “We will not be deterred from exercising our rights as citizens to advocate for a strong US-Israel relationship.”

Emily Horne, a spokeswoman for the National Security Council, where Neuberger works, lashed out on Twitter at “false and ad hominem attacks based on ethnic, racial, or religious identity.”

Horne’s tweet came amid the firestorm over the reporting about Neuberger as well as to attacks from the right-wing on Maher Bitar, a Palestinian American who is the NSC’s senior director for intelligence programs. PJC