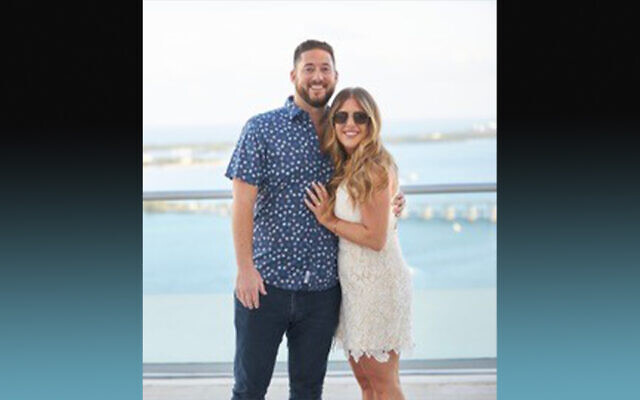 Phyllis and David Kimel of Squirrel Hill are proud to announce the engagement of their son, Nathan, to Angela Millin, daughter of Angela and Thomas Millin of Millstone, New Jersey. Nathan is the grandson of Marilyn Gusky of Delray Beach, Florida and the late Burton Gusky. He is also the grandson of Harriet Kimel of Boca Raton, Florida and the late Abraham Kimel. Angela is the granddaughter of Joanna Balsamo of Hamilton, New Jersey and the late Marco Balsamo. She is also the granddaughter of Betty Millin of Lakewood, New Jersey and the late Joseph “Yogie” Millin. Nathan is a graduate of Penn State University with a BA in broadcast journalism and Angela, a graduate of the University of Miami with a BFA in acting. Nathan works in software sales and Angela is the director of business development for Harper + Scott, while also managing her co-founded company, Pure Batch. Though they met in New York City, they’ve recently relocated to the Strip District, and split their time as “young snow-birds” between Pittsburgh and their condo in Miami. Their wedding is planned for Fall 2022 in Miami. We couldn’t be happier- they are a perfect match!