OPALL: Morton Lee Opall – 1937-2020. Morton “Mort” Opall of Uniontown passed away peacefully on Oct. 4 after prolonged health complications, holding the hand of his beloved wife, Rosalie, and surrounded by family. He was 82. 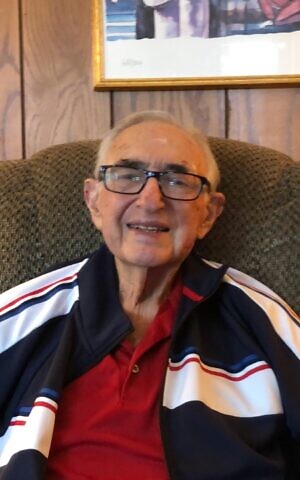 A graveside service was scheduled for 1:00 p.m. on Oct. 6 at the Holy Society Cemetery in Hopwood, Pennsylvania. Born in December 1937, Mort graduated from Uniontown High School in 1955, studied at Penn State University and served with the U.S. Marine Corps in Okinawa, Japan. Upon his return from overseas, Mort married his sweetheart Rosalie Gland, formerly of McKeesport, in January 1960. The two have been inseparable ever since. They worked together as partners managing Opall’s Furniture and then Opall’s Just Beds. They golfed together. They were longtime leaders in Uniontown’s Jewish community. And they raised three children together, first from their home on Derrick Avenue and then from the home they built on Westgate Road in Heritage Hills. Mort Opall was an active member of Uniontown’s Rotary Club. He was a former president of the Tree of Life Synagogue and the Uniontown Chapter of B’nai Brith. Both retired in 2006 and enjoyed frequent travel, spending winter months in Fort Myers, Florida, and visiting children in Richmond, Philadelphia and Israel. Mort Opall was the son of Mary Opall, originally of Baltimore, and Louis Opall, an immigrant from British Mandate Palestine who was born in 1902 near Kharkiv, Ukraine. He was the proud father of three children, five grandchildren and one great-grandson. He is survived by Rosalie Opall of Uniontown; Barbara and Zvi Rome of Herzliya, Israel; Ed and Terry Opall of Philadelphia; and Laura and Frank Amory of Richmond. All arrangements are under the direction of the Donald R. Crawford Funeral Home in Hopwood, Pennsylvania. In lieu of flowers, memorial donations may be made to American Friends of Magen David Adom. PJC