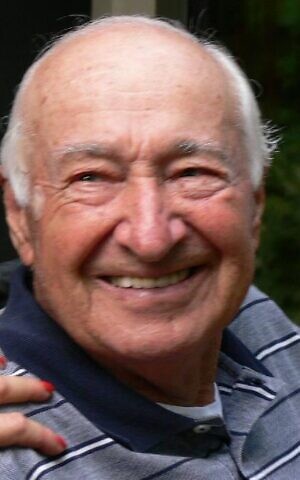 COHEN: Milton Cohen, 97, of Atlanta, Georgia, passed away peacefully on Tuesday, Sept. 14. He was surrounded by immediate family, who were gratified that Milt had the good fortune to have not spent a night in a hospital in decades. Beloved husband of 70 years of Helen Gusky Cohen, and devoted father to Jeffrey (Robyn) Cohen, Fredric “Rick” (Gayle Kornman) Cohen, and Sheri Cohen, who was his loving caretaker for three years. Milt is also survived by two grandsons, William Cohen and Brett Cohen. He was preceded in death by his sisters, Ruth Hersh and Bernice “Dolly” Landay. He was a World War II veteran, having served on the aircraft carrier U.S.S. Saratoga in the Pacific. After a career in retail in Pittsburgh, Milt became a pioneer of sorts and moved the family to Raleigh, and later, Hilton Head Island, where he was self-employed as a realtor. Retirement never took hold, and he spent 20 years as a golf course starter and ranger, allowing him to pursue his long-time passion of golfing. Private services were held after Yom Kippur along the Chattahoochee River, where Milt loved to relax with family and a cocktail. PJC