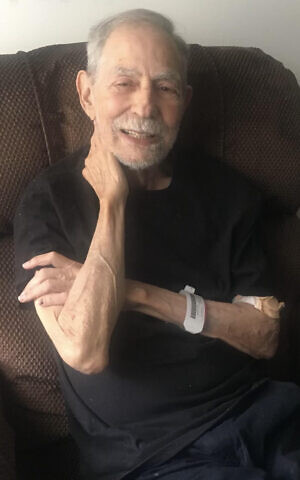 LITMAN: Michael Arlen Litman, on Wednesday, May 19, 2021. Beloved husband of the late Vivian Muncaster Litman. Beloved father of Dr. Teddi Ila Litman, Jody Kay Litman (Adam Greene) and Danielle Lee Litman (Colin Kelly). Son of the late Sally and Eugene Litman. Brother of Patricia (Dr. Richard) Katz and Katherine (Fred) Cohen. Grandfather of Vivian Fain and Caleb (Bucco) Litman Kelly. Also survived by many nieces and nephews. Michael was born in 1937 in Braddock, Pennsylvania. He attended Shady Side Academy and graduated in 1955 where he wrestled and received a scholarship to Bucknell University then onto the University of Miami Law School where he met his first wife and had his beautiful daughter, Teddi. In 1969, he married Vivian Muncaster and was blessed with two beautiful daughters, Jody and Danielle. He practiced criminal defense law at the Public Defender’s office and in private practice. Then, his father prevailed upon him to join him in his real estate business in North Versailles which he was very successful as a real estate developer. He had a passion for sports particularly the Pittsburgh Pirates. He often went to spring training in Florida where he could root for his beloved Pirates. He loved his family and they valued the time they were able to spend with him. He will be sorely missed by everyone he was in contact with. Graveside services and interment will be held on Friday, May 21, at 1 p.m. at Ahavath Achim Cemetery/Forest Hills. Contributions may be made to the Polycystic Kidney Disease Foundation, PO Box 871847, Kansas City, MO 64187. Arrangements entrusted to Ralph Schugar Chapel, Inc., family owned and operated. schugar.com PJC