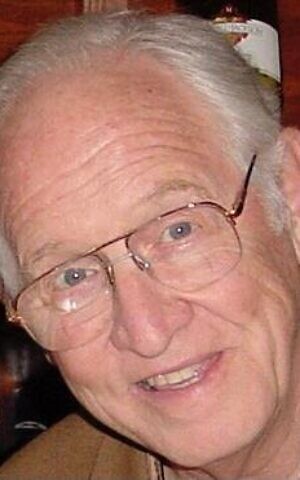 BERK: Marvin R. Berk, 90, of White Oak, died Monday March 15, 2021, at home surrounded by his family. He was born Oct. 11, 1930, in Pittsburgh, a son of the late Samuel W. and Lottie Berk. Marvin retired as the third-generation owner and operator of Berk’s Menswear, North Huntingdon, a business started by his grandfather in downtown Irwin in 1917 and currently owned and operated by the fourth generation of the Berk family. He was a longtime member and past president of the Norwin Rotary Club and actively involved in other civic organizations such as the Norwin Area Chamber of Commerce and the Township Association of Businesses. Marvin was instrumental in organizing the Foothills Football Classic, displaying the area’s top high school football talent as a way to give an opportunity for scholarship exposure and promotion of the Norwin area. He was a graduate of Irwin High School where he was class valedictorian, received a master’s degree from Penn State University, and served in the Navy during the Korean Conflict. He is survived by his wife Salessa (Citrenbaum) Berk; his children Jeffrey Berk and his wife Jane, David Berk and his wife Sheri, and Bruce Berk and his wife Debra; his grandchildren, Jordan, Justin, and Kyle Berk, and Spencer Gowen and Zach Gowen; and a brother, Alan Berk. Graveside services and interment were held at Beth Shalom Cemetery, Shaler. Arrangements were handled by the William Snyder Funeral Home, Irwin. In lieu of flowers a contribution can be made in Marvin’s name to a charity of choice. For online condolences please visit snyderfuneralservices.com. PJC