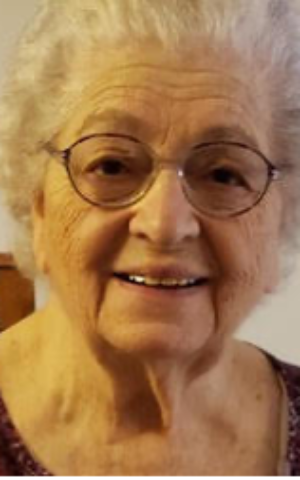 SPIRER: Marion Shirley (Smith) Spirer, 95, formerly of Squirrel Hill, passed away peacefully on Jan. 3, 2021, due to COVID-19 complications, at Forbes Hospital in Monroeville. Born on March 8, 1925, in Pittsburgh, she was the daughter of Abraham and Anna (Silverblatt) Smith and sister of Milton, Lester, and Phyllis, all of whom preceded her in death. Marion graduated from Taylor Allderdice High School in 1942. She began her career as a clerk for her family’s business, A&B Smith Company, working on a contract for the federal government to support war efforts by creating precise maps for top secret missions. Marion later worked at Friedman’s Menswear in Squirrel Hill for 35 years as bookkeeper and department manager. After she retired, she became a dedicated volunteer at Shadyside Hospital, greeting patients and their families as they arrived early in the mornings each day for 14 years, and was awarded UPMC Shadyside Hospital Volunteer of the Year, 2000. She was a member of Temple Sinai since 1953. On Aug. 25, 1946, Marion married Albert Spirer, who preceded her in death, as did their son Gary. Marion is survived by her son Mark (Abigail); daughter-in-law Cheryll; grandchildren Jennifer, Jeffrey (Rachel), Jeremy, Stephanie (Joel), and Jaclyn; and great-grandchildren Ethan, Madison, Dakota, Carter, and Jameson. Burial will take place in a private graveside ceremony at Beth Shalom Cemetery. In lieu of flowers, memorials may be made to UPMC Rheumatology and Clinical Immunology Fund or the charity of one’s choice. Arrangements entrusted to Ralph Schugar Chapel, Inc., family owned and operated. www.schugar.com PJC