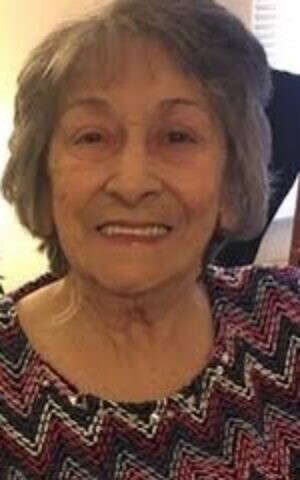 LEVY: Malvina Levy, 92, of Monroeville, Pennsylvania, died Feb. 7, 2022, at Concordia-Monroeville. She was born in Košice, Czechoslovakia, on Oct. 28,1929, and came to the United States in 1936 where she was adopted by Esther and Benjamin Solomon (her biological aunt/uncle). After graduating from Westinghouse High School, she attended Montefiore Hospital School of Nursing where she met and later married Dr. Alexander A. Eisner. He passed away in 1965. In 1968 she married Seymour Levy who preceded her in death by 12 years. She continued to work as a nurse intermittently until she retired and helped raised her grandchildren. She enjoyed reading, playing mahjong, and coloring. She lived at Independence Court in Monroeville for five years prior to Concordia. She was very popular with the other residents and staff. She is survived by her sister, Florence Solomon of Florida; her daughter Ronna Eisner Nagin and her husband Joshua Nagin; Mark Eisner and his wife Pat Eisner; Marsha Eisner Hodes; Philip Levy and his wife Debbie Levy. Also survived by her grandchildren Alexis Damonte (Jim); Meredith Ortiz; Allison Gatti (Steve); Natalie Eisner; Rachael Hodes; Jason Levy; and Andrew Levy. She also is survived by her great-grandchildren Riley, Gray and Lincoln Damonte; and Oscar, Ziggy and Xander Ortiz. She was preceded in death by her grandson, the late Jonathan Levy. Graveside services and interment were held at Ohav Zedeck Cemetery. Donations in Malvina’s memory may be made to charities of the donor’s choice. Arrangements entrusted to Ralph Schugar Chapel, Inc., family-owned and operated. schugar.com PJC