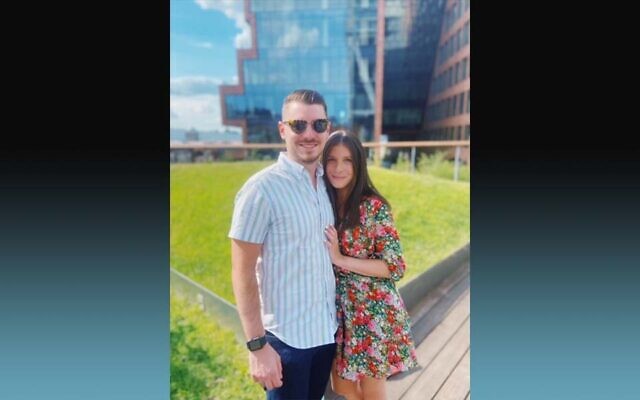 Robin and Jerome Friedman of Point Breeze are thrilled to announce the engagement of their daughter, Lauren Gail Friedman to Joseph Brendan Graham, son of Maureen and Edward Graham of Metuchen, New Jersey. Lauren is the granddaughter of Trudi and William Feldman, The late Arthur Bloom and The late Freda and Leonard Friedman all of Pittsburgh. Joseph is the grandson of Ellen Patricia Walsh, the late Stephen Walsh and the late Joan Graham and Edward Graham all of Metuchen. Lauren is an elementary school teacher with The New York City public school system. Joseph is a senior cyberthreat intelligence consultant at Mandiant. Lauren and Joe are both graduates of Penn State University and They are currently living in Soho, New York City.
A summer 2023 wedding is being planned in Pittsburgh.