Image by Angelina Bambina via iStock

Leah Levinstein was a visitor at a shiva house prior to the pandemic when another visitor turned to her and uttered a racist comment. Levinstein, 43, was blindsided. Even more startling to her, Levinstein recalled, was that shortly before attending the shiva, she had completed a training on what to do when encountering bigotry or ignorance, and still she said nothing.

“I had this perfect opportunity and I was struck with silence,” she said.

Nearly a year later, Levinstein was still brooding over the encounter. And so when she heard about V’ahavt/a, a local initiative focusing on anti-racism practices in the Jewish community, Levinstein enrolled.

V’ahavt/a (Hebrew for “and you shall love”) is a nine-month cohort-based program created by Kesher Pittsburgh co-leaders Kohenet Keshira haLev Fife and Sara Stock Mayo. The program enables 22 participants to explore anti-racism within a Jewish framework. Between April and December 2021, national experts, including consultant Annie-Rose London, will guide the group through webinars, chavruta-style discussions and opportunities for study.

Fife hopes those in the cohort will challenge themselves — not just by asking difficult questions, but through internal analysis. 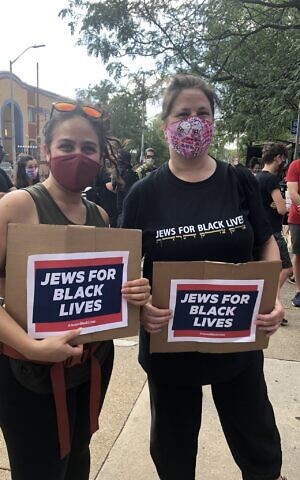 Many Jews are drawn to social justice, Fife said, but activism doesn’t always involve taking to the streets.

“Part of it is how we are with each other day to day,” she said.

On Yom Kippur, Kesher Pittsburgh welcomed diversity, equity and inclusion specialist Erika Gold Kestenberg for a conversation about anti-racist practices. Mayo later began an anti-racist book club through Kesher Pittsburgh, a monthly program “for white Jews to learn how to be better allies to Black and brown people,” she said.

Kesher Pittsburgh continued focusing on anti-racism within the Jewish community and applied for a grant from the Nathan Cummings Foundation's Rise Up Initiative. Now that funding has been received, V’ahavt/a can offer participants an opportunity to build relationships, heal internalized oppression and process the relationship between racism and anti-Semitism, said Fife.

“All the programs and any of the opportunities to learn that have come from the partnership between Keshira and Sara Stock Mayo have been threaded with the social impact of what’s happening around our community, our country and the world,” said Goldstein.

Like many Jews, Fife and Mayo have a deep interest in social justice, but their uniqueness is in bringing people along with a “gracious Jewish lens,” said Goldstein, an O’Hara Township resident.

“They’re able to meet you where you are,” he added.

Goldstein is looking forward to learning more about anti-racism, and said he’s confident V’ahavt/a will provide an opportunity for personal introspection.

As exciting as it is to participate in the inaugural cohort — Fife said there is a waiting list to join — Goldstein is most enthused about talking with others in the group and the possibilities of collective growth.

Added Goldstein, “We are so fixated on what divides us that we’ve lost the ability [to see] what unites us.” PJC