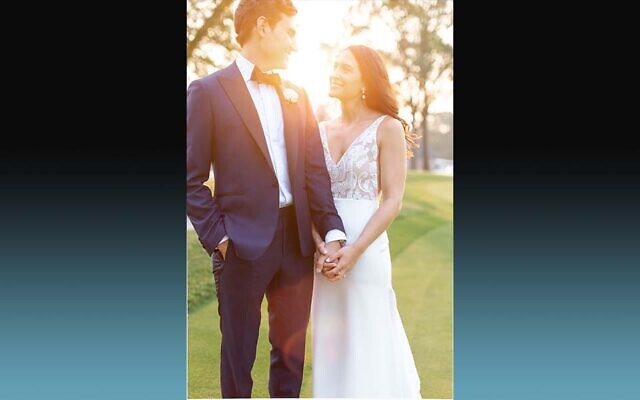 Randi and Ellis Weinstein are thrilled to announce the marriage of their son Jared to Ellie Salky, daughter of Molly and Kenny Salky, on Aug. 7, 2021, at Westwood Country Club in St. Louis, Missouri. Jared is the grandson of Leslie Spiegel and the late Arthur Spiegel, and the late Elaine and Robert Weinstein all of Pittsburgh. Ellie is the granddaughter of Lee and Burney Salky of St. Louis; Pat and George Roether of Ogden, Utah; and the late Virginia Byrum of Durango, Colorado. The groom’s brother David Weinstein was the best man and the bride’s sister, Sarah Salky, the woman of honor. Ellie and Jared reside in Chicago where he works in medical sales and she as a recruitment manager for a charter school.