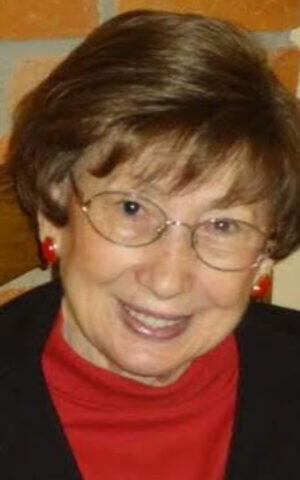 BERKOWITZ: Irene (Piri) Berkowitz passed away at age 98 on Saturday, March 5. Irene was born in Uzhorod, Czechoslovakia, the daughter of Martin and Ida Weinberger. Irene was a Holocaust survivor who survived three different concentration camps and the death march. Irene came from a family of seven girls and one boy. Irene and three of her sisters, Rose Lebovic, Ella Berkowitz and Violet Weinberger, were the only members of the family to survive the war.
Irene was married to Max Berkowitz who died young, leaving her to raise her two daughters, Vera (Les) Greenberg and Marsha (Richard) Walters. Irene was blessed with six grandchildren and 16 great-grandchildren who gave her so much joy. Irene was a very strong, courageous woman who overcame life’s challenges and remained positive throughout. Irene was a giver, always doing things for others and will be greatly missed.
Contributions in her memory may be made to the Holocaust Center of Pittsburgh, HIAS (Hebrew Immigrant Aid Society), or a charity of the donor’s choice. PJC