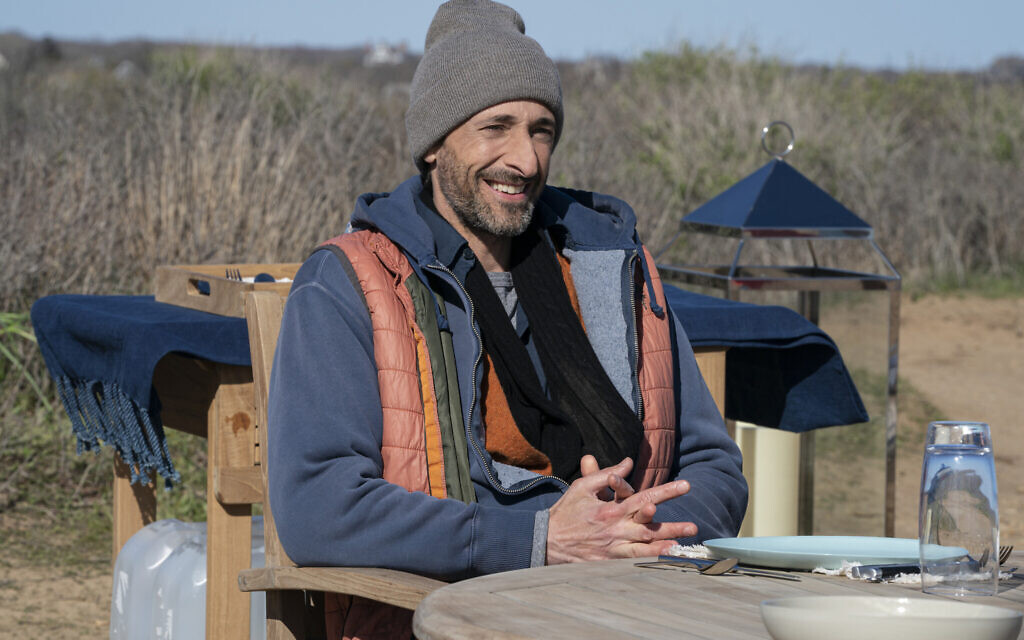 I was born in 1991 and grew up in the Philadelphia suburbs. It was a safe and prosperous time and place for American Jews.

So outside of a few passive-aggressive comments, I never really experienced antisemitism. But whenever I told a true outsider to the Jewish world that I was Jewish, a thought ran through my mind, unprompted by the other person.

I can’t speak for all Jews, but I’m guessing I’m not alone here. Historical antisemitism, and our historical memory of antisemitism, breeds a feeling of distrust.

Even in the United States when times are great, Jews walk around with an underlying fear. For the most part, it remains beneath the surface … until it’s proven right.

That was the arc of a recent episode of HBO’s “Succession,” a critically acclaimed satire about a Rupert Murdoch-like family that owns a multibillion-dollar media company.

In the episode, “Lion in the Meadow,” which aired on Nov. 7, showrunner Jesse Armstrong introduces a significant Jewish character for the first time in two-and-a-half seasons. The character, Josh Aaronson, played by Adrien Brody, has to decide whether to forge an alliance with the show’s WASP-y antiheroes.

By putting the Jew and the WASPs together, alone, at Aaronson’s Long Island estate, Armstrong lays bare the palpable distrust that often exists between the two groups. And in doing so, he offers a subtle, and then explicit, and always nuanced portrayal of the Jewish psychology that antisemitism breeds.

Aaronson is a billionaire shareholder with a 4% stake in the media company, Waystar RoyCo, of the main character family, the Roys. But he is dismayed by the blood feud playing out in public between the son, Kendall Roy, played by Jeremy Strong, who is trying to take control of the empire, and the father, Logan Roy, played by Brian Cox, who may have overlooked a history of sexual assault in the organization. The feud has lowered the company’s stock price, causing Aaronson to lose $350 million.

Brody’s character also has leverage. If he supports a possible hostile takeover by another shareholder and the owner of a rival company, they stand a good chance of usurping the family altogether. So, Aaronson forces the Roys to come to him to make their case. He puts the son and father in the painfully awkward position of being on the same team again.

Kendall arrives first and tries to buddy up with Aaronson, saying Josh should come to his 40th birthday party. Brody’s character seems to buy it a little, for a minute, until the elder Roy shows up. At that point, Aaronson leaves Kendall hanging mid-sentence to greet Logan.

Minutes later, with the three of them talking in Josh’s living room, Logan tells Josh to let the Roys take care of the situation.

“Sit back here in your castle and count your gold,” Logan says.

And the distrust becomes clear in the opening act.

From there, the Jewish billionaire has the Roys follow him through a meadow to a beachside lunch.

Throughout the sequence, Logan implies that he doesn’t want to be there. Cox’s character asks Josh how long the walk will take and what it will require to just convince him. While sitting down to lunch, Logan even says, “I got a wife at home.”

Josh pushes Kendall to either halt his whistleblowing against his father or, when Logan is off taking a call, to reveal whatever dirt he has on his father. Kendall not only demurs, but angrily accuses Josh and Logan of plotting against him.

Aaronson’s constant pushing of the Roys to prove themselves reveals his own distrust.

Finally, during lunch, Aaronson demands that the Roys respect him.

He shouts at them that he’s not just some guy who “got lucky at the casino one night” and now plays a rich person.

So, in act two, the distrust is not only clear, but on the table.

After Josh’s outburst, he takes a call from a security guard about the fastest route back to the mansion.
That’s when Logan makes his subtle antisemitism explicit.

“City boy,” he says to Josh, a New Yorker. “You’re a long way from your nearest coffee and bagel.”

Waystar RoyCo is a company that, according to one of Logan’s other sons in the same episode, used to not let Jews “above the fourth floor.” Josh’s skepticism of the Roys, along with Logan’s subtle and then explicit antisemitism, shows that Josh is well aware of the dynamic.

Even as business partners, the Jew and the WASPs couldn’t grow to trust each other. Due to the partnership, the mistrust was buried beneath the surface — until stress laid it bare.

On the walk back to the house, though, it’s Kendall’s reaction that captures the younger generation’s attitude toward a dynamic that’s supposed to be a relic of history. The son sarcastically rips the father about how his “antisemitic bagel comment” really sealed the deal with Josh.

But he is, and Josh, a man closer to Kendall’s age, understands it and has to be driven by it. So, in the end, the relic of history once again drives it.

The summit fails. The Jew and the WASPs can’t come together during a difficult moment.

Later in the walk back, Logan collapses from heat exhaustion. Josh, who was walking ahead, comes back to help Logan up.

As the patriarch struggles to his feet, Kendall tries to confirm with Josh that they are all good. Josh tells him to help his dad. PJC

Jarrad Saffren writes for the Jewish Exponent, an affiliated publication.