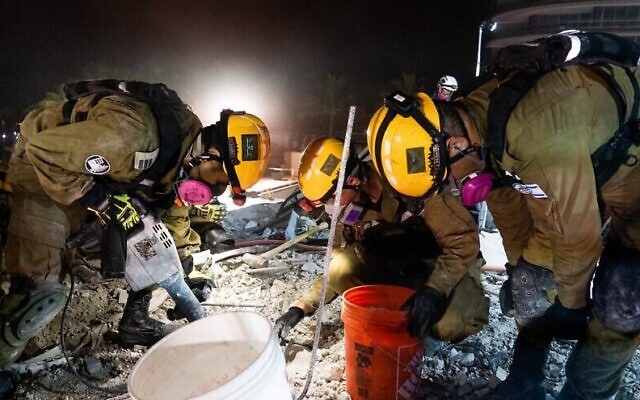 Pittsburgh native, Nicole Doran-Manashirov, and her husband Dr. Ruslan Manashirov, are among those still missing after the collapse of the Champlain Towers South condominium building in Surfside, Florida, on June 24.

The couple was married in May in Ft. Lauderdale after having postponed their wedding three times because of the pandemic, according to media reports. A photo on Chabad.org shows them beneath a huppah at their wedding.

Doran-Manashirov, a former resident of South Park, is a physician assistant in the emergency department at Aventura Hospital. Her husband, whose family immigrated to Brooklyn from Azerbaijan, is a neurologist and family doctor in South Miami.

They recently moved into a unit on the seventh floor of Champlain Towers.

“They were so happy,” Valery Manashirova, brother of Dr. Ruslan Manashirov and a Brooklyn resident, told WABC-TV in New York. “It was a beautiful wedding and they were just starting their lives.”

Doran-Manashirov worked tirelessly during the coronavirus crisis, according to friends.

“She worked indescribable hours during the pandemic,” her friend, Wendy Kays, told the Pittsburgh Post-Gazette. “She never backed out on her duties.”

As of press time, at least 27 were confirmed dead and 118 were unaccounted for. PJC