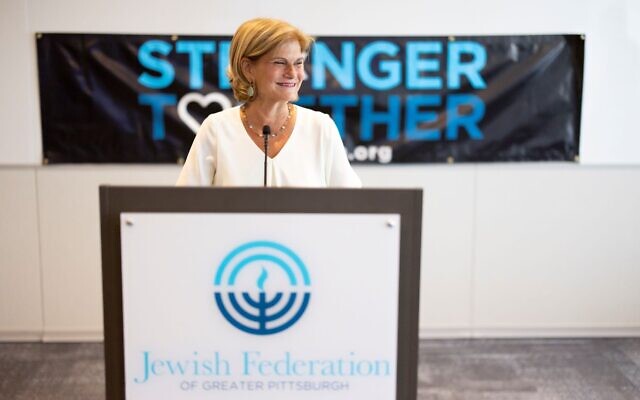 It’s not always easy to do something new after more than a century, but on Aug. 27, the Jewish Federation of Greater Pittsburgh, for the first time in its history, hosted its annual meeting online. The program celebrated Meryl Kirshner Ainsman, outgoing Federation board chair, and Jordan Golin, president and CEO of Jewish Family and Community Services, for their years of commitment to Pittsburgh’s Jewish community.

The program also welcomed incoming board chair David Sufrin and new board members, and featured words from Michael Masters, a national expert in security.

Because of the pandemic, the annual meeting was delivered via Zoom. Although attendees were still able to hear a recapitulation of communal accomplishments and challenges from the past year, meeting virtually was bittersweet, said Ainsman, who marked the event as her final official act as Federation’s board chair.

When she accepted the volunteer position three years ago, Ainsman knew she would be representing the Federation and Pittsburgh’s Jewish community through various challenges, she said, but the Oct. 27, 2018, shooting at the Tree of Life building and a global pandemic–shuttering synagogues, schools and other Jewish institutions – were beyond imagining.

“This has been one of the most challenging periods in Pittsburgh Jewish history,” Ainsman said.

Despite the hardships, Pittsburgh’s Jewish community has been resilient, and with the Federation’s aid, has served as a model to other communities, noted Federation’s president and CEO, Jeffrey Finkelstein.

Since Oct. 27, 2018, nearly two dozen people have been arrested in the U.S. for planning attacks similar to the one committed at the Tree of Life building, Masters said. Even during the pandemic, with many Jewish buildings closed, there is still a need to be vigilant and prepared when it comes to security, he stressed. 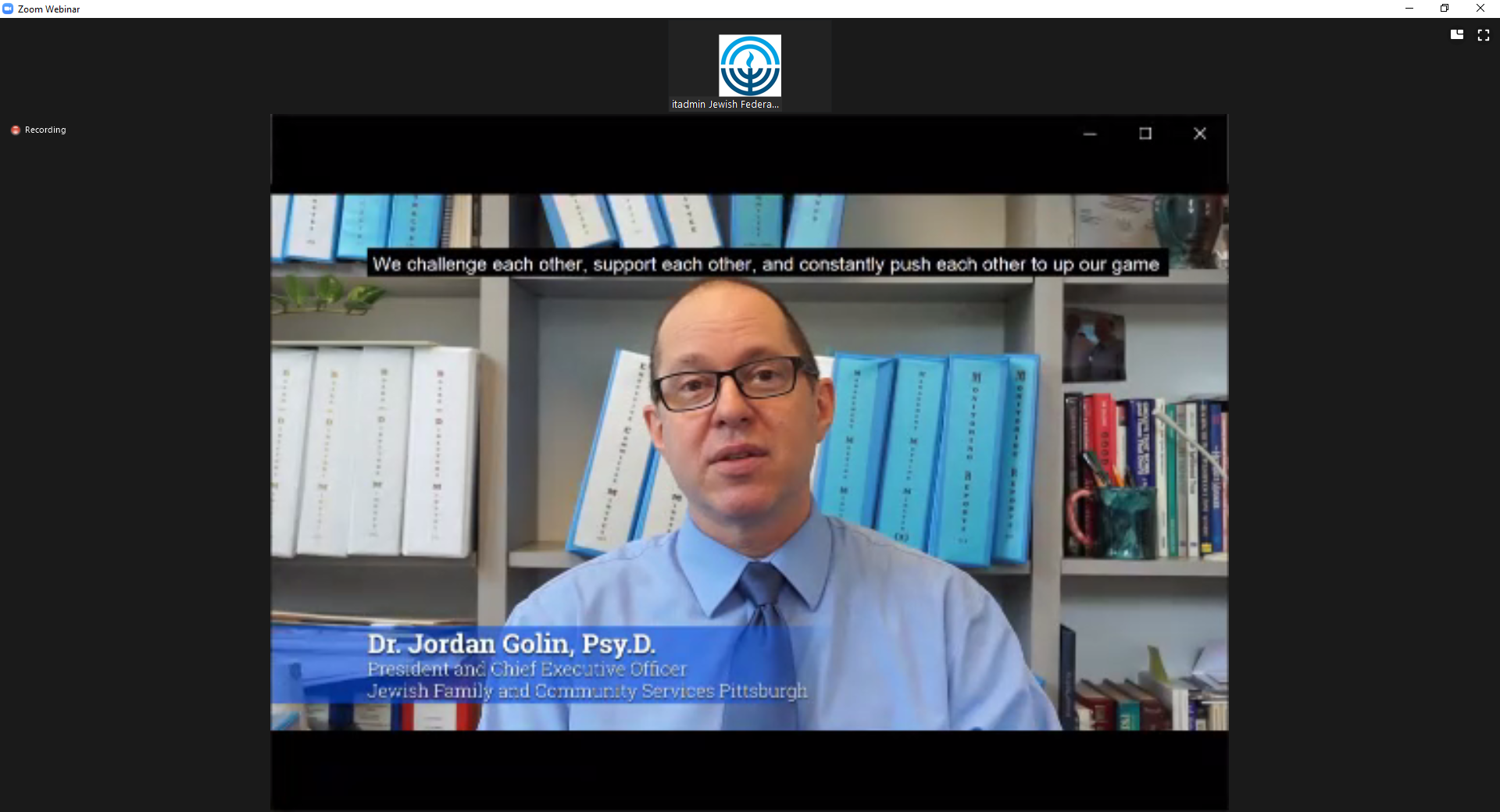 Moving forward, COVID-19 will increase communal needs, noted Finkelstein, but caring for the community is familiar work for the Federation. Whether it’s assisting people in the aftermath of the Oct. 27, 2018, attack or aiding those affected by the pandemic, the Federation has acted as a convener and brought together agencies and organizations for the greater good, he said.

The Federation has also offered aid through the distribution of personal protective equipment to Jewish organizations and synagogues; provided more than $1.3 million in coronavirus relief funds to seniors, vulnerable populations, children, teens and their families; and, through emergency funding, food insecurity and career assistance, continued Finkelstein. In addition, the Federation’s work during the pandemic has included working with researchers from Brandeis University to study COVID-19’s effect on the Pittsburgh Jewish community; providing assistance with SBA loans; connecting individuals with local services; and transitioning popular in-person educational events, like the Tikkun Leil Shavuot, to online settings. 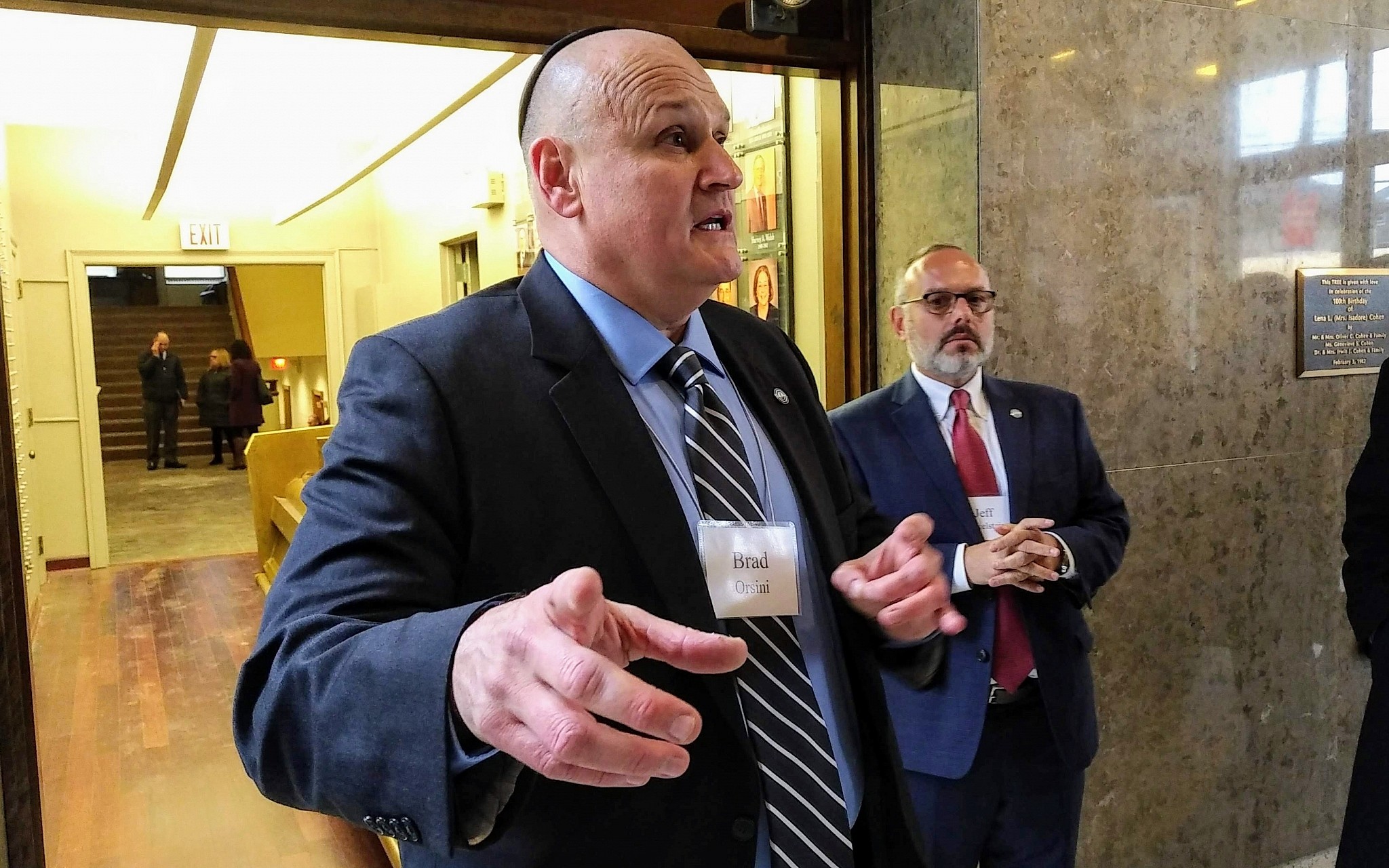 Finkelstein praised Ainsman and Golin for their work in strengthening Jewish Pittsburgh and addressing communal challenges.

Ainsman, recipient of the Emanuel Spector Award, the highest honor bestowed by the Federation, was recognized for her exemplary service to the community and feted by pre-recorded well-wishes from friends and Jewish leaders including Isaac Herzog, chairman of the Jewish Agency for Israel, Eric Fingerhut, president and CEO of the Jewish Federations of North America, Cindy Shapira, former board chair of Pittsburgh’s Federation, and Brian Schreiber, president and CEO of the Jewish Community Center of Greater Pittsburgh.

Golin, recipient of the Doris and Leonard H. Rudolph Jewish Communal Professional Award, was celebrated for his leadership and tireless willingness to work on behalf of Pittsburgh’s Jewish community.

In prerecorded messages, both awardees credited their families and the community at large with providing strength and support.

The annual program featured a song written by Pittsburgh and Israeli teenagers who participated in the Diller Teen Fellows program. Titled, “Panim el Panim,” which translates from Hebrew as “Face to Face,” the song’s lyrics included a cry for connection.