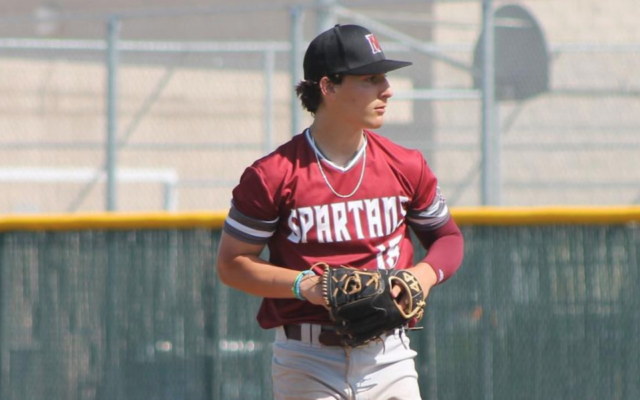 The Washington Nationals selected Elie Kligman with their final and 20th round pick on Tuesday, making him the second observant Orthodox Jewish player ever drafted into the league — and the second in two days. The Arizona Diamondbacks picked 17-year-old Long Island, New York native Jacob Steinmetz 77th overall on Monday.

According to MLB.com, Kligman, 18, has moved towards becoming a catcher but has also played shortstop and thrown the ball 90 miles an hour as a pitcher. (The pitcher Steinmetz has reportedly touched as high as 97 miles per hour.) Kligman switch-hits as well, meaning he can bat righty or lefty, a skill that boosts his future value.

The Las Vegas native is also more observant than Steinmetz. While Steinmetz plays on the Jewish Sabbath — albeit in walking distance of his hotels on the road, so he does not have to use transportation — Kligman does not.

“That day of Shabbas is for God. I’m not going to change that,” he told The New York Times in March.

His father Marc is a lawyer and licensed baseball agent, and he represents his son. On Tuesday, Marc Kligman was traveling with Israel’s baseball team, currently on a pre-Olympics road trip full of exhibition games across the Northeast, when he heard the news. He shared it with the players on one of their buses.

On the @ILBaseball ???????? team bus heading to Hartford when he got the news. Nice to share it with the guys. pic.twitter.com/xVA5Z3G4CZ

The Times reported that Kligman’s recent switch to playing catcher could be in service of his professional goals. Even the best at the sport’s most physically demanding position are often given at least one day a week off — opening up the possibility that Kligman could line up his days off to be during Shabbat, from Friday night through Saturday evening.

Despite the excitement of being drafted, Kligman will likely look to first play at a Division I college program before a professional career, his father told the Jewish Telegraphic Agency.

“Here’s a kid who won’t put God second,” Marc Kligman told the Times. “But he believes that the two can coexist. He’s got six days of the week to do everything he can to be a baseball player, and if colleges and Major League Baseball aren’t inclined to make any changes, then we’ll take what we can get.” PJC