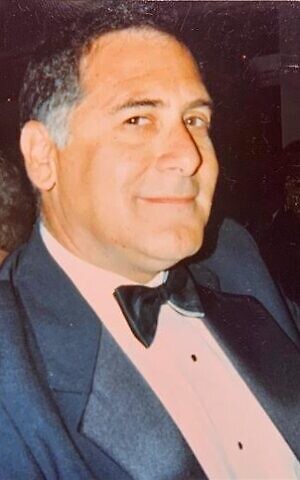 BOLNER: Edward Bolner, age 82, passed after a valiant fight with COVID on Oct. 29, 2021. While vaccinated, his body was weakened by chemotherapy. A kind and gentle man, he enjoyed socializing, sharing stories, tracking the stock market and rarely missed a Pittsburgh Steelers or Pirates broadcast. Ed will be missed most by Jill, his wife of 61 years. Ed often joked that he invited Jill on a date in 1958 and then never had to make another decision again. He is survived by his three children, Leslie Schorr (Bruce) of Mt. Lebanon, Mike Bolner (Kathy) of New York City and David Bolner (Danielle) of Weston, Connecticut, as well as his six grandchildren, Scott, Kevin, Alexis, Grace, Mason and Blaine. He is also survived by his 104-year-old mother, Isabel; his sister Lois; and his cousin Dr. Richard Paul. Ed lived most of his life in Squirrel Hill, moving full-time to the Twin Eagles community in Naples, Florida, in 2014. An avid intramural and fraternity athlete in high school and college, Ed graduated from Allderdice High School and the University of Pittsburgh. Ed enjoyed playing sports throughout his life including youth baseball, intramural football, golden gloves boxing, softball in his 20s, tennis until his 50s, then golf through his later years. Ed was telling “dad jokes” before the term was coined. One of his favorite jokes was that he wanted his obituary to highlight that he was a proud member of Sam’s Club and Costco. He will be missed by everyone that knew and loved him. Graveside service and interment were held at Homewood Cemetery, Star of David Section. The family requests that donations be made in his honor to the Jewish Community Center of Greater Pittsburgh, 5738 Forbes Avenue, Pittsburgh, PA 15217. Arrangements entrusted to Ralph Schugar Chapel, Inc. schugar.com PJC