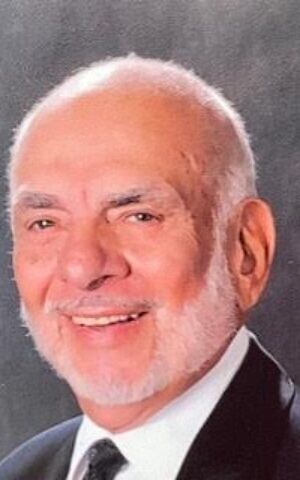 AUSSENBERG: Earl Aussenberg, 88, of Pittsburgh, passed on March 22, 2022. Son of Eva and Elias Aussenberg. Loving partner of Phyllis Baskin; father of Evan (Riva) Aussenberg, Jon Aussenberg and Hilary Aussenberg; and brother of the late LaVerne Paris. He was a fun-loving and cherished surrogate grandfather to Phyllis’ grandchildren: Molly Gondelman, Sydney and Miles Agus, Jesse and Charley Gorham, and is survived by many devoted nieces and nephews and cousins. Earl graduated from Taylor Allderdice and received his Bachelor of Science degree at the University of Pittsburgh. He was proud serving in the Korean War and was a part of the 101st Airborne Division. As an industrial engineer, he earned management positions for Westinghouse and Carborundum. At Bettis Atomic Power Laboratory he helped to support the first nuclear submarine: The USS Nautilus. Additionally, Earl was the general manager of USPS first bulk mailing facility in D.C. Earl was a CPA for over 40 years, launching the firm of Aussenberg, Bernson, Perilman & Tuminello, before merging his practice with Exler & Company, Inc. in 2018. He was a staunch supporter of Israel, a believer and protector of human rights, a caring friend, a golf enthusiast, an animal lover, and a loyal consummate Steelers fan. Earl will be greatly missed. Services and interment were private. Contributions may be made in his memory to the Holocaust Center of Pittsburgh, 1135 Murray Hill Avenue, Pittsburgh, PA 15217, the Palm Springs Animal Shelter, 4575 Mesquite Ave, Palm Springs, CA 92264, or the charity of your choice. Arrangements entrusted to Ralph Schugar Chapel, Inc., family owned and operated. schugar.com PJC