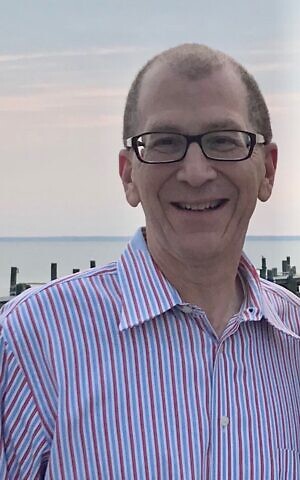 RASCOE: David Rascoe, aged 60, of Mt. Lebanon passed away on Thursday, April 8, 2021, surrounded by family after a courageous battle with amyotrophic lateral sclerosis (ALS). Beloved husband of nearly 36 years to Betsy Rascoe; devoted father of Dr. Alexander (Erin), Benjamin (Bari), Sarah, and Alana Rascoe; caring brother of Rabbi Michael Rascoe, Todd (Batia) Rascoe, and Beth (Aykut Kilinc) Rascoe Kilinc; brother-in-law of Andrew (Jill) Harris and Michael (Stephanie) Harris; considerate uncle to a dozen nieces and nephews; and thoughtful son of Eric (Ann Bregman Rascoe) and Jeanne (d. 1997) Rascoe and son-in-law of the late Murray and Beverly Harris. David Rascoe graduated from Mt. Lebanon High School in 1978 and went on to study business at Indiana University of Pennsylvania (class of 1982). David began his career in sales for Thermal Industries as a college student and moved to Cincinnati, Ohio, following graduation. David and Betsy (married in 1985) later moved to Chicago while David continued to work for Thermal Industries and began their family with the birth of Alexander in 1988 and Benjamin in 1990. The Rascoe family moved back to Pittsburgh in 1991 while David served as vice president of Thermal Industries and later president. Their family expanded with the births of Sarah in 1993 and Alana in 1995. David served as president of Thermal Industries until 2012 and later served as an executive consultant for Synergistic Systems. David balanced being a husband, father, son, brother, businessman and friend with grace while creating and maintaining lifelong friendships around the world. A private in-person, graveside service with Zoom attendance was held at Mt. Lebanon Cemetery on April 11, 2021. In lieu of flowers and food, those who wish to honor David and the Rascoe family and to read more about David’s life can make a donation to fundraise.als.net/davidrascoe. PJC