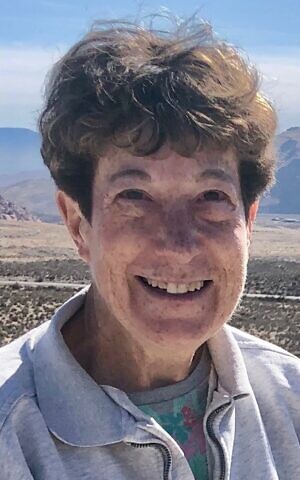 SINGER: It is with a heavy heart that we announce Dale Singer, 60, of Gaithersburg, Maryland, passed away peacefully at home, surrounded by close family and an abundance of love on June 28, 2022, after a 12-month battle with lung cancer.
She was born and raised in Pittsburgh on Nov. 11, 1961, to the late Eleanore and Hyman Sloan. She attended the University of Maryland and earned a bachelor’s in journalism and master’s in health administration. During her time in college, she was active in her sorority, Alpha Delta Pi, and the Panhellenic Council.
It was at UMD where she met the love of her life, Andy Singer. They married and settled in Gaithersburg to begin their life together. Dale and Andy have two children together, Michelle (30) and Josh (28), both of whom still live in the D.C. area.
For over 27 years, Dale served as the executive director of the Renal Physicians Association (RPA), a national membership association dedicated to improving the quality of care for nephrology patients.
Dale was also involved in several local Jewish organizations. She served on the executive committee of B’nai Israel Congregation and was the current board chair of the Bender Jewish Community Center (JCC) of Greater Washington.
She was also very active in her professional society, the American Association of Medical Society Executives (AAMSE), where she was a Fellow and served as board president.
Throughout the years, Dale has made a significant impact on many people’s lives. She will be remembered as strong, dedicated, compassionate, confident, caring and incredibly giving. There is an irreplaceable hole in our hearts and gap in our community. She will be sorely missed. PJC