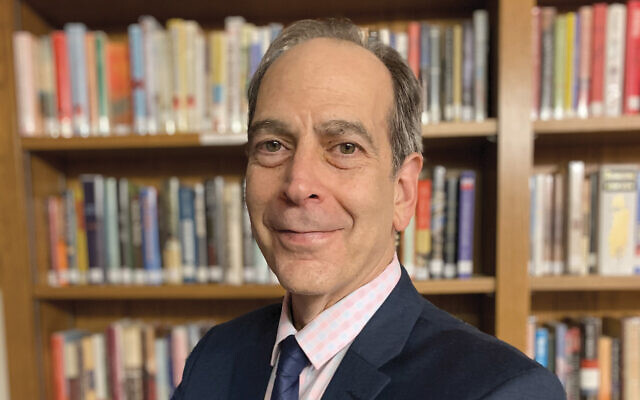 Before 70 CE, Jerusalem was the physical and spiritual center of the Jewish commonwealth. After the Romans destroyed the Temple, Judaism emerged as something different: a religion and people without a temple, sacrifices or even a state.

What happened between Before and After? The destruction of the Temple is marked on the ninth of Av; the late scholar Jacob Neusner once wrote that he was interested in what happened on “the ‘next day,’ the 10th of Av in Yavne.”

Transitions are a hard story to tell, but our sages gave it their best shot. They embodied the drama in the story of one man, Rabbi Yochanan ben Zakkai. The Talmud and other sources tell us Rabbi Yochanan lived in Jerusalem during the Roman siege. In the best-known story about him, Yochanan realizes that resistance to the Romans is futile; he defies the Jewish rebels and leaves the city to negotiate with the Roman general Vespasian. Vespasian grants Yochanan his one request: “Give me Yavne and its sages.” Yochanan goes on to establish a place of study there, well to the west of fallen Jerusalem.

In a fitting piece of symbolism, Yochanan is said to have escaped Jerusalem in a coffin; it is a resurrection story, after all, with Yavne symbolizing a new form of Judaism that transforms animal sacrifices into oaths of repentance and acts of loving kindness and a Temple-centered system into a portable faith of study, prayer and mitzvot.

Of course, the Yochanan story stands in for a long period of evolution, experimentation and anxiety that ended up with rabbinic Judaism as we know it today. Right now, it feels like we are in the middle of another such period, forced on us by a public health and economic crisis beyond our control and imagining. The closest thing to it was the 2008 recession, when fundraising collapsed, and synagogues and institutions lost members and laid off employees.

Experts predicted that the dire consequences of the Great Recession would provide “opportunities for further experimentation in creating new forms of Jewish expression and also accelerate their disengagement from traditional infrastructures,” as Steve Windmueller, professor in Jewish Communal Service at Hebrew Union College-Jewish Institute of Religion, put it in a paper at the time.

I am not sure his predictions panned out: The economy proved resilient, as did the old ways of doing things in Jewish life. The 2008 crisis only accelerated one major trend in Jewish life: a consolidation of Jewish communal power among “mega-donors.”

There is already an emerging literature on what the post-COVID-19 Jewish world will and should look like. Yehuda Kurtzer of the Shalom Hartman Institute of North America has called for “collective mobilization” organized around “a coherent and clearly prioritized set of commitments.” Jewish educator Larisa Klebe is urging the Jewish nonprofit world to address the inequities in a field where 70% of workers are women — undervalued and underpaid — and where “the majority of the highest-paying,

Rabbi Jennie Rosenn, founder and chief executive of Dayenu: A Jewish Call to Climate Action, says the coronavirus crisis is showing the need and possibility for “a robust Jewish movement confronting the climate crisis with spiritual audacity and bold political action.” On April 23, Dr. Rivka Press Schwartz, research fellow at the Hartman Institute, will give an online lecture on how the crisis “is highlighting race and class disparities in education systems, and the questions these disparities raise for Jews.”

Windmueller is again predicting “profound changes in the Jewish world,” writing that we will see “a fundamental economic restructuring of the communal enterprise, just as we will experience the reshaping of our larger social networks, our systems of practice, and our focus on a different political environment.”

One reason I think such predictions may actually come true this time is that the changes are already happening. Take “systems of practice.” Last week I spoke with Rabbi Mark Biller, of Temple Gates of Prayer in Flushing. In one eight-day period earlier this month, he performed funerals for three congregants who died of complications from Covid-19. Even in that brief period, new rituals based on social distancing — performing a funeral remotely, sitting shiva on a Zoom conference call — went from unthinkable to the new normal. He took inspiration from other rabbis who were adjusting Jewish legal requirements as fast as the conditions were changing.

But for all the dislocation, Rabbi Biller says he was “amazed watching the upside.” Writing on Facebook about his “virtual” experience with mourners, he described the satisfaction in “connecting them to each other, the giving of a ritual scaffolding for the human needs of mourning, crying, appreciating, remembering.”

Like rabbis and Jewish communal professionals everywhere, Biller has moved nearly all of his synagogue’s functions online, and invented new ones. Major philanthropies have assured their grantees that they will relax some of their old rules about getting and spending money. Most of the changes are temporary, but it’s also possible that new processes, rituals and forms of engagement will survive long after the virus is defeated.

A dozen years ago Windmueller wrote of a different era in American Jewish reinvention: The Great Depression. “The American rabbinate saw a unique opportunity to galvanize Jews to engage in volunteer service in both the Jewish and larger American frameworks; to employ for the first time radio broadcasts and newspaper advertisements in reaching out and encouraging Jewish learning and synagogue involvement; and to speak out on public policy and social justice issues,” he wrote. “Similarly, fund-raising by Jewish charities in the 1920s achieved extraordinary results….”

I suspect the economic damage, personal trauma and technological shifts of this bizarre moment in history will also make it impossible for Jewish institutions — the ones that survive — to go back to business as usual. And a dozen years from now, we will look back at the coronavirus crisis as an inflection point.

There is no one remedy to the crisis we are seeing within Jewish life. But Yochanan ben Zakkai understood that healing is impossible unless we dare to imagine new forms, new leadership and new territory beyond our current walls. pjc

Andrew Silow-Carroll is editor in chief of The NY Jewish Week where this column first appeard.