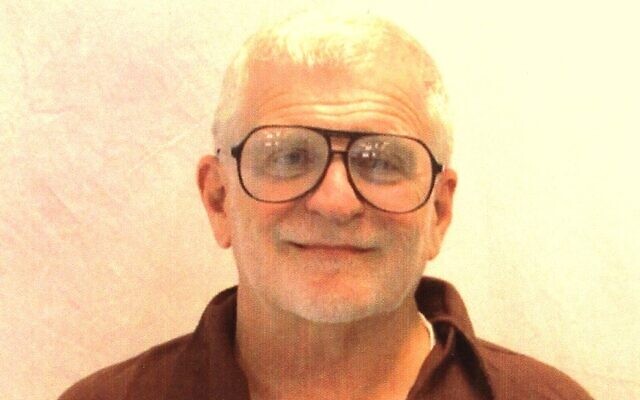 After serving more than 44 years in prison for a murder many believe he did not commit, Charles “Zeke” Goldblum is a free man.

He is currently living in Pittsburgh, looking for work and readjusting to life on the outside.

“It’s pretty daunting,” Goldblum told the Chronicle. “It’s been 44 years. There’s a lot to get used to.”

Goldblum, the son of the late Rabbi Moshe Goldblum, spiritual leader of Congregation Beth Shalom in Squirrel Hill for 24 years, was convicted on Aug. 30, 1977, for the murder of George Wilhelm, conspiracy to commit theft by deception, solicitation to commit arson and arson. He was sentenced to life in prison without parole.

But in February, Gov. Tom Wolf signed the commutation for Goldblum’s life sentence 17 months after the Pennsylvania Board of Pardons unanimously recommended clemency.

“Nine of us were recommended out of 22 in Sept. 2019,” Goldblum said. “In December, the governor signed the others and held me under advisement. They didn’t let me go until February 2021.”

There are still a lot of unanswered questions in the case against Goldblum, he claims — including the whereabouts of the allegedly missing police files that might have exonerated him — but the law school graduate and Hebrew school teacher maintains that while he was “no angel,” he is also not a murderer.

Goldblum now admits he hired Clarence Miller to burn down a restaurant he owned on Fifth Avenue for “very little money.” When Miller asked for Goldblum’s help by meeting with Wilhelm to work things out after Wilhelm was targeted in a land fraud, Goldblum obliged.

“I thought I had to placate Miller and placate Wilhelm,” he said. “I didn’t know Wilhelm from a can of paint.”

Wilhelm was stabbed 26 times while in a car with Goldblum and Miller on the top deck of the Smithfield/Forbes parking garage in downtown Pittsburgh, then dumped over the side of the garage. But instead of falling eight stories to his death, Wilhelm landed on the roof of a walkway bridge to the former Gimbels Department Store and the Duquesne Club.
Court records show that when a police officer arrived and reached Wilhelm, he was still alive. Just before he died, he told the police officer: “Clarence — Clarence Miller did this to me.”

“At my trial, the case presented against me was to the affect that Wilhelm was the arsonist and I didn’t want to pay him, so I killed him,” Goldblum said. “But he wasn’t the arsonist. No one had a bad thing to say about him.”

The testimony and evidence presented at trial was flawed, Goldblum said. Following his conviction, several high-profile figures came out in support of his release, most notably the prosecuting attorney that tried the case, Peter Dixon, and the late U.S. District Judge Donald Ziegler, who presided over the trial. Dixon and Ziegler, as well as forensic pathologist Dr. Cyril Wecht, all submitted letters or affidavits at various clemency and commutation proceedings throughout the last three decades, claiming the evidence and extenuating circumstances required that Goldblum be released.

“Once they had a letter from the prosecutor and the judge, it took them more than 20 years [to grant clemency],” Goldblum said. “Societally speaking, that’s a failure.”

Each time Goldblum applied to have his life sentence commuted, Wilhelm’s family asked the Board of Pardons to reject his request. At his September 2019 clemency hearing, “Wilhelm’s family spoke out vehemently against me,” Goldblum said.

While Goldblum is adamant that he did not kill Wilhelm, feelings of guilt nonetheless have plagued him through the decades.

“I am sorry I ran away and didn’t help George Wilhelm,” Goldblum said. “And I put that in in my application to the Board of Pardons. I am very sorry about that. It has played on my conscience for years.”

Goldblum, 72, would like to stay in Pittsburgh if he can find work here, preferably as a paralegal or within the Jewish community. He said Jewish Family and Community Services is trying to help him find a position. If he can’t get a job here, he plans to move to Baltimore to live with his brother.

“My family has been very supportive,” he said. “I do really like Pittsburgh and do want to work. I don’t want to be a burden on my family.”

Goldblum is “put off” by what he sees as a miscarriage of justice, but acknowledges, “I was wrong in many respects, too. At trial, I denied that I had my restaurant burned because of the financial burden it would put my family through. Hindsight is 20/20.”

He also admits that he “put out a hit on Miller,” although he called it off within an hour, he said.

“I’m no angel,” he repeated. “That’s the long and short of it. But I wasn’t a killer. I never have been. And I had no reason to kill George Wilhelm. He wasn’t the arsonist. Why would I want to kill him?

“I really feel for the Wilhelm family,” he said. “I may not be legally guilty of murder, but I am not proud of myself either. I ran away.” PJC