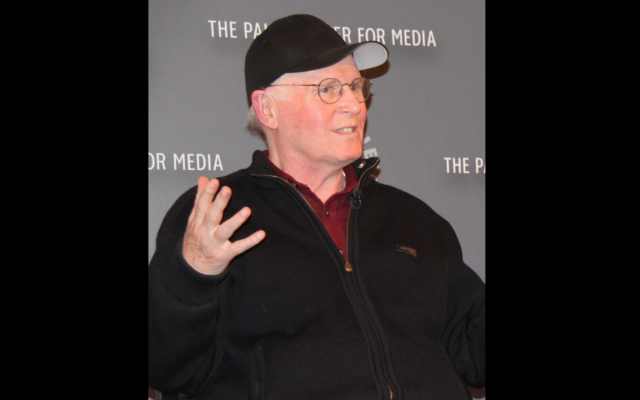 (JTA) Charles Grodin, the deadpan Jewish comic actor who starred in such blockbuster films as “The Heartbreak Kid” and the children’s movie “Beethoven,” died Tuesday at his home in Wilton, Connecticut.

He was 86, and the cause was bone marrow cancer, according to reports.

Grodin was raised in an Orthodox Jewish household in Pittsburgh but became less observant in his adult years, although he and his second wife — in his words, “a nice Jewish girl from Kansas City” — observed holidays at home.

“In Hebrew school,” he told J. the Jewish News of Northern California in 2004, “we’d recite the Hebrew written on a blackboard. I annoyed the rabbi so much he threw me out of class. I was thrown out of class in high school as well, not for being rude, but for being persistent with my questions. That makes for a good talk show host. Persistence annoys the heck out of people.”

Following a series of supporting roles in late 1960s films such as “Rosemary’s Baby” and “Catch-22,” Grodin’s big break came with his lead role in “The Heartbreak Kid,” an acclaimed black comedy about a Jewish sporting goods salesman who falls for a college girl played by Cybill Shepherd. Critics praised the film as an early example of a mainstream exploration of Jewish identity, and some likened it to Philip Roth’s work.

Grodin would go on to feature in several other major comedies, notably Warren Beatty’s “Heaven Can Wait,” “Seems Like Old Times” (which like “The Heartbreak Kid” was penned by Jewish writer Neil Simon) and “Midnight Run” alongside Robert DeNiro. He also starred in the 1992 smash “Beethoven,” a family film about a lovable St. Bernard dog.

In 1995 and ’96, Grodin hosted an eponymous news talk show on CNBC and then became a political commentator on “60 Minutes II.” He also won an Emmy in 1978 for co-writing the “Paul Simon Special” variety show with Simon, Lorne Michaels, Chevy Chase and Lily Tomlin.

After a long hiatus from acting, he had a late career renaissance, playing a doctor on Louie C.K.’s “Louie” and a documentarian in Noah Baumbach’s 2014 film “While We’re Young.” He also played the defrauded Jewish investor Carl Shapiro in the 2016 “Madoff” miniseries about the late Ponzi schemer.

Grodin added in the 2004 interview that he tried to live “in a way my rabbi would be proud of me.”

“I try to live by religious principles, even if I don’t do the ritual,” he said. PJC