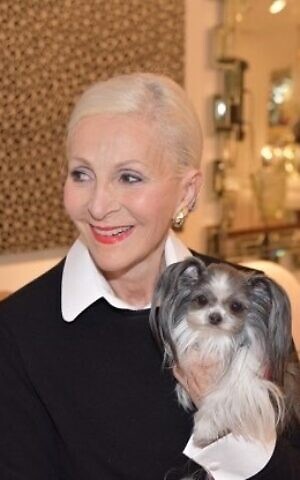 PRISANT: With deep sorrow, the passing of Carol Lincoff Prisant, 82, in New York City on April 9, 2021. Carol was the daughter of Escher and Jeanne Lincoff of Pittsburgh; sister of Richard Lincoff; and mother of Barden Prisant. Carol, as reported by the New York Times, was “an elegant design writer and New York editor of the British magazine The World of Interiors.” She also wrote for House Beautiful and Martha Stewart Magazine. Carol was an antiques expert and book writer, having published the Antiques Roadshow reference books and various other non-fiction and fiction books. Her latest book, “7 Shrinks,” published three months ago, broke new ground in telling of her battles in the areas of mental illness and depersonalization disorder. Carol loved Pittsburgh and her friends. She graduated from Linden and Taylor Allderdice. She remembered well going to the Manor theatre with her brother to see such films as “Singing in the Rain” and “The Thing.” Carol loved opera, the classics, dogs, musical theatre and writing. Her editor was quoted as saying ,“She told the truth, but always with subtly and lashings of wit.” Earlier this year, Carol also performed at the New York Comedy Club. Carol was preceded in death by her much-loved husband Millard and is remembered deeply by her granddaughter Velo, son Barden, brother Richard, nieces Kate and Amanda and many others who enjoyed her company, her intellect and her wit. PJC