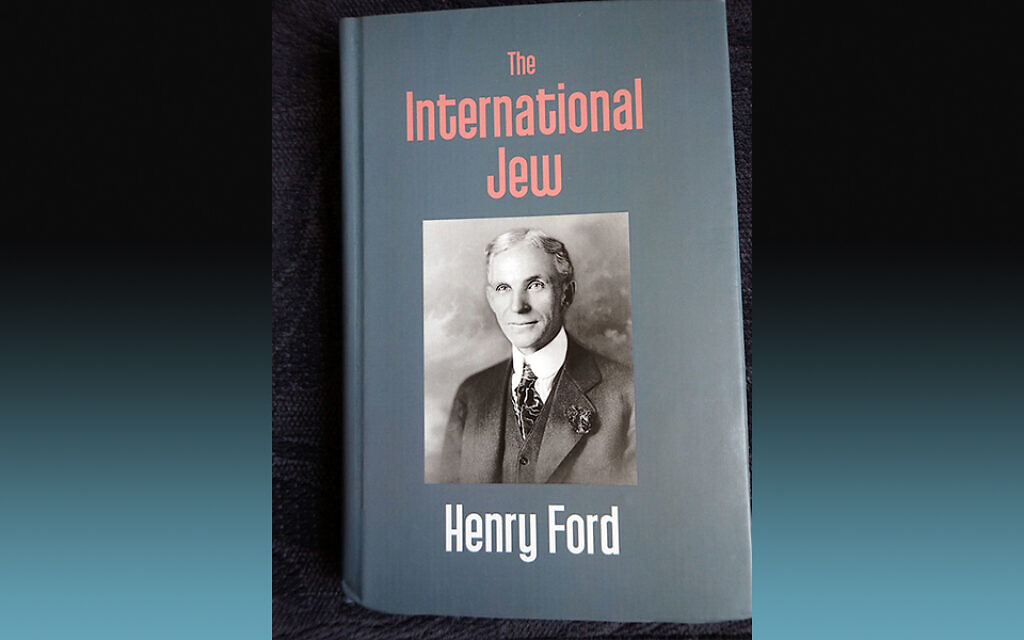 A significant moment in the history of the effort to combat antisemitism took place 100 years ago this August. The occasion was the detailed refutation of the most influential and conspiratorial antisemitic documents that ever appeared, “The Protocols of the Learned Elders of Zion.”

The writer of this historic refutation was Philip Graves, a journalist of the Times of London. He analyzed the Protocols, which claimed that it was the discovery of the secret plans of world Jewish leaders to take over the world. Rather than a discovery of any such plans, Graves proved that, in fact, the composers of Protocols, members of the Russian secret police, had concocted it by plagiarizing a satirical French piece that dealt with a completely different subject. Graves ably demonstrated by showing the comparable structures and expressions of the two documents that the Protocols had been fraudulently conjured up to generate the most conspiratorial anti-Jewish sentiment.

The fact that the Times of London exposed this fraudulence was of great significance and was instrumental in efforts to combat the poisonous influence of the Protocols over many years. Whenever the Protocols reared its ugly head, the main tool for combatting it and for passing laws or taking action through the courts in some European countries barring its dissemination, was the admirable Graves rebuttal.

Remembering and commemorating this important development 100 years later is appropriate. It supports the idea that rational and scholarly analysis are important tools in the struggle against antisemitism and all forms of hatred.

At the same time, we must remember that despite this excellent work, the Protocols played and continues to play the most insidious role in the worst kind of anti-Jewish hatred.

Before the Graves refutation, the most extreme use of the Protocols was employed by the opponents of the new Communist regime in Russia. During the Russian civil war, thousands of Jews were murdered, many under the guise of the Protocols’ notion that Jews were all-powerful and behind the takeover of Russia by the Communists.

Unfortunately, after the Graves refutation, the Protocols continued to live on and have a poisonous impact, not just in Russia but across Europe and even around the world.

In the United States, the great industrialist Henry Ford disseminated the Protocols over several years to an American audience through his newspaper, the Dearborn Independent. Many Americans who had not been exposed to such systematic antisemitic ideas before then were now subjected to a worldview of Jew-hatred.

Of course, most importantly, Hitler and the Nazi propaganda machine used the main theme of the Protocols — evil Jewish power — to turn the German people from merely not liking the Jews to seeing them as a grave threat to Germany. Hitler explicitly invoked the Protocols, his regime mass-distributed the book, and ultimately the Protocols served as part of what has been called the Nazis’ “warrant for genocide,” culminating in what we all know as the horrors of the Holocaust. In more modern times, much of the Arab world continues to circulate the Protocols as part of a longtime effort to delegitimize the state of Israel and seeing inherent Jewish insidiousness as the underlying nature of the Jewish state.

And most recently, ADL uncovered the fact that the newly elected president of Iran, Ebrahim Raisi, had overseen a project in Iran several years ago that presented the Protocols in a 50-episode film series, shown on public TV and distributed in hardcopy to pilgrims visiting Iran, as if the document were an accurate description of Jewish power and intentions in the world.

It is important to understand why the Protocols has had such an influential and long life, however pernicious. The creators of the document understood that millions of people around the world had been inculcated for centuries with the idea that Jews were secretly all-powerful and destructive. This was the core and unique element of antisemitism. They realized that if they could create a document that would confirm these sentiments, people would believe them to be authentic.

Which is exactly what happened, as evidenced by an incident in Bern, Switzerland, in 1935. Due to the Graves refutation and the horrific violence against Jews based on the Protocols, the Swiss government had passed a law making it illegal to distribute the Protocols. Two individuals were being prosecuted for exactly that. At the trial, a slew of witnesses testified to the fraudulent nature of the Protocols, citing Graves’ work. Finally, one of the defendants came to the docket and was asked about how he thought about things in light of all these testimonies. He said, none of that bothers me because I see in everyday life all around how the Protocols is an accurate description of reality, that the Jews are all-powerful and trying to take over the world!

Let us celebrate the 100th anniversary of the refutation of the Protocols as one of the finest examples of seeking to overcome such destructive lies with authentic truth. Let us remember as well, however, that the work to combat its poisonous message is far from done, even a century later. PJC

Kenneth Jacobson is deputy national director of the Anti-Defamation League. This first appeared on The Times of Israel.