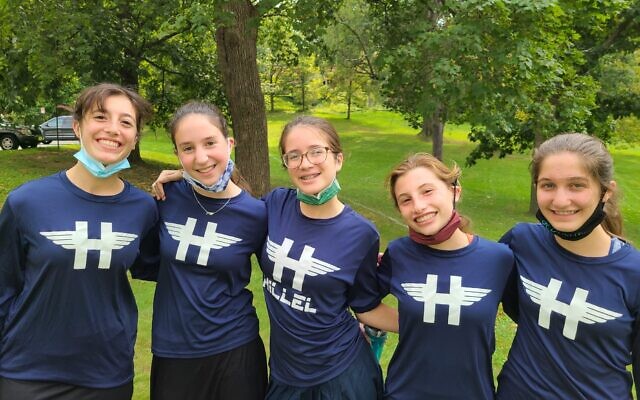 A group of nearly 300 student athletes and parents gathered at Bowling Green in Frick Park for a cross-country meet last week. The event, though common during pre-pandemic Sundays, reflected a new chapter in the COVID-19 narrative.

Though youth sporting events were largely canceled throughout the fall and winter of 2020, now outdoor and indoor competitions are back.

Miriam Levari, a ninth-grader at Hillel Academy of Pittsburgh and a member of its high school cross-country team, welcomed its return and said she missed the competitions.

“It felt like it wasn’t really right,” she said. “Youth sports is really a big thing for kids, and lots of their school experience revolves around this.”

Even though cross-country meets were canceled, Levari’s team continued practicing throughout fall 2020. Thanks to backyard Zoom sessions scheduled by their coaches, the young athletes were able to go outdoors, see each other (albeit virtually) and gain some sense of camaraderie.

The virtual practices, which everyone initially thought would be “ridiculous,” ended up proving valuable, Levari said.

After being a part of a cross-country team for five consecutive years and then having such a dramatic interruption, “we realized we need that competitiveness and that time to exercise and be a part of a team,” she added.

Stephanie Rodriguez, a swim coach at North Allegheny and adolescent and teen psychotherapist at UpStreet, said that compared to last year, there’s a noticeable difference in youth sports.

“Sports in general brings a lot of normalcy for kids,” she said. And because it helps create routines, when competitions were canceled last year, many kids felt “their outlet was taken away.”

Rodriguez’s swimmers, like Levari’s fellow runners, continued practicing throughout the pandemic, with protocols established to reduce possible viral transmission: As opposed to everyone gathering for two-hour practices five nights a week, Rodriguez’s team was divided into two groups. Consequently, she and her fellow coaches spent four hours each weeknight working with swimmers all winter long.

Giving 20 hours a week to her team was a big commitment, but “people were definitely appreciative,” Rodriguez said. There’s an understanding that for some kids, “sports are safe spaces, it’s where they go to and be themselves without any judgments.” 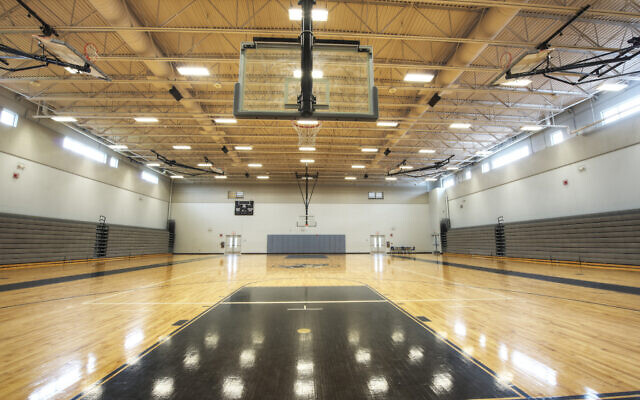 “It seems like the kids enjoy it even more than ever,” Greenfield said.

Whether it’s because actual competitions are occurring or that they can now perform in front of fans, young athletes are excited to be a part of their teams this season, Greenfield added.

Jonathan Weinkle, a pediatrician and Squirrel Hill resident, said he understands the enthusiasm.

Competitive sports give people something to “get excited and cheer for, which we’ve had too little of,” he said. Also, there’s the element of cooperation and commitment that comes from being part of a team. “After a year when kids haven’t had that, it’s really valuable.”

Ethan Anish, an 11th-grader at Pittsburgh Allderdice High School and member of its varsity basketball team, said he hasn’t noticed his attitude toward the sport change, but he senses a real difference between this year and last.

“I’m hard-working whenever I’m in the gym, but now you have all these friends around you,” he said.

This time last year, it was mostly individual workouts or limited meetups with a trainer. For Anish, absence from the larger group was challenging.

Being on a team offers camaraderie, so “not being able to compete with those guys was really hard,” he said. “Not being able to participate in the sport I love — and that provides a great deal of enjoyment — has a big effect on a person.”

“Any opportunity at this point for kids to connect, not over a screen, is really worthwhile,” Weinkle said.

Several parents and coaches noted that after such an odd year of regulations, disruptions and cancelations, young athletes are clearly articulating their profound appreciation like never before.

And having just returned from an open gym where no one was required to be masked and players were speaking about the possibility of an uninterrupted basketball season, Anish remarked on how he’s come to cherish these last few weeks.

After everything that’s happened with the pandemic, “and all the time away from the team, you love it even more playing with these guys again,” he said.

“As we learned a year ago,” Anish added, “it can all go away in a second.” PJC