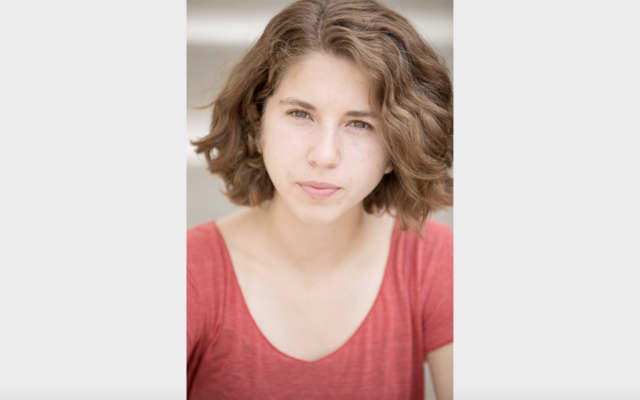 Growing up, Judaism always took center stage, but when I moved to Pittsburgh to study directing at the School of Drama at Carnegie Mellon University, suddenly theater was in the spotlight. For the first couple of years, it felt like I had to give up practicing Judaism in order to pursue theater full time. Choosing rehearsals over Shabbat or having to miss High Holiday services for class felt like I had opted to practice the religion of theater over Judaism.

I felt unbalanced choosing one over the other. Ultimately I wouldn’t be pursuing a career in the theater if it weren’t for my Jewish community. I frequently sang and led prayers at synagogue and got my start participating in theater at my local JCC. For me, Judaism and theater have always been not only linked, but have offered the two most prominent communities in my life.

Over time I began to realize that my Jewish background could inform my art. I began making theater that uplifted Jewish narratives and allowed me the space to connect to both communities simultaneously.

Unfortunately, right now, due to COVID-19, it feels like both my communities are on pause. I am proud of my Jewish community and proud of my theater community for finding temporary solutions. But I cannot help but crave the act of gathering together to share in prayer or experience the ephemeral moments of live storytelling. When it was announced that Broadway would not be opening until at least 2021, it became clear to me that this wasn’t just a craving to be together — it was a need.

In discussing the loss of my two most meaningful communities with my friends, we realized that the live in-person theater side of our problem wasn’t without a solution. We just had to gather a little differently. In Judaism, one needs a minyan — 10 people — to pray communally, but in theater, only one person needs to be watching in order to have an audience.

So, my friends and I set out to create safe, live, in-person theater to begin to rebuild this community of ours that has gotten lost somewhere in the streaming plays and Zoom readings. Practically overnight, Shadyside Shakespeare was born. This company, founded just a few weeks ago by a group of young theater-makers living in Pittsburgh, works collaboratively to stage theatrical productions from the comfort of our own homes. Audiences, in small groups, take in the theatrical performances from the sidewalk as they look up at the windows or balconies of the homes from a safe, COVID- appropriate distance. Unlike traditional theater, Shadyside Shakespeare invites its audiences to take a lovely walk through the quaint neighborhood of Shadyside as they watch a new section of the play at each new home.

Desperate to raise the curtain once again, we jumped right in with our very first production: “A Midsummer Night’s Dream.” It was undoubtedly a dream come true. In two short weeks, we cast, rehearsed, marketed, sold out and performed our abridged production live and in person with a live, in-person (masked and socially distanced) audience. It was electric. This group of 14 college students came together to find a creative solution to a problem we never thought we would face.

Unfortunately, not everyone shared in the joy of our creativity. During our first weekend of performances, we were reported to the police and some of us were threatened with an eviction notice if our theater-making continued. With a heavy heart, we decided to cancel our completely sold-out second weekend of performances.

It is humbling moments like this when I realize that both my theater community and my Jewish community are very small in the scheme of the world. However, Shakespeare makes a great point in “A Midsummer Night’s Dream.” He wrote: “Though she be but little she is fierce … ” I feel like this applies to both my theater community and my Jewish community. Time and time again I learned from the stories of the Jewish people that no matter the size, community is essential to survival. If the arts are to survive — more specifically, if theater is to survive — this pandemic we need the support of our community. Theater-makers are lost in the wilderness, wandering in a barren, theaterless desert looking for a new home. To quote Shakespeare again, “All the world’s a stage … ” and we have no choice right now but to take that literally.

The theater industry was one of the first to close and will be one of the last to reopen. We live in a culture that consumes more art than we even realize yet the arts are still deemed nonessential. For me, both my theater community and my Jewish community are my kehillot kedoshot, my sacred communities. To put it into more current terms, they are my essential communities. I wouldn’t be who I am without them. With theaters closed and ghost lights on, we are asking our community, we are asking Pittsburgh, to see the arts as something worthy of kedosha, something sacred and essential. PJC

Adira Rosen is a directing student at Carnegie Mellon University’s School of Drama. She is co-founder of Shadyside Shakespeare along with Cameron King and Jackson Eick.