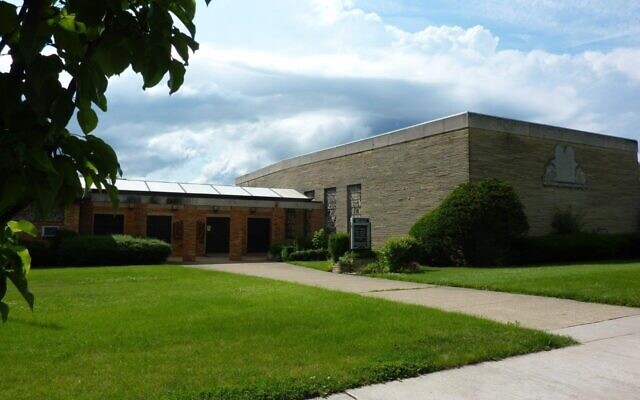 Beth Israel has been in its current location, 265 North Avenue in Washington, since 1955. Photo provided by Marilyn Posner.

Thirty miles southwest of Pittsburgh, about 35 families still call Beth Israel Congregation their Jewish home. Founded nearly 130 years ago, the Conservative congregation is the sole synagogue in all of Washington and Greene counties.

When Marilyn Posner joined the congregation with her husband David in 1972, there were 56 children enrolled in the shul’s religious school and almost 100 families were members.

Like many suburban congregations, Beth Israel has seen its membership shrink and watched as other once thriving congregations close their doors due to shifting demographic trends.

Despite its struggles, Beth Israel has survived. It had to close its Sunday school several years ago and, until recently, leased space to the Living Stone Community Church. After five years, the church, facing its own membership crisis, was unable to continue to rent space at the synagogue and eventually merged with another church.

“Mainstream faiths have been dwindling in their membership,” said Judge Gary Gilman, Beth Israel’s president. “Our congregation is not immune to that.”

Several years ago, Beth Israel began consolidating its Shabbat services, combining its Friday and Saturday services into one service on Friday night. Still, there were times the congregation struggled to get a minyan, acknowledged Gilman, a judge for Washington County Commons Pleas Court.

Since being forced to move its services online because of the COVID-19 pandemic, though, the congregation has seen an increase in weekly attendees.

“We’re getting more minyans than if we were having live services,” Gilman said. “There are people attending I haven’t seen in quite a while. We’re also having relatives who don’t live near us Zoom in. Strangely, the pandemic has provided us with a bit of a boost.”

While unable to say for certain why more people have decided to stream Beth Israel’s services, Gilman cited convenience as one possibility.

“You don’t have to drive to and from the synagogue,” he said. “You can log on at the last minute, from your home, office or wherever you are.” 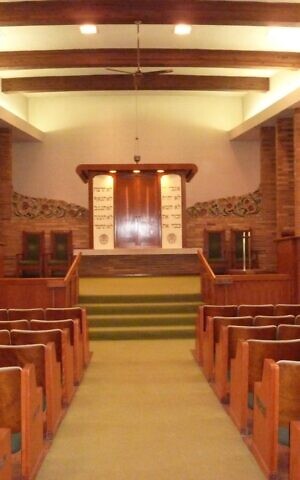 Cecil resident Deborah Sekel agreed with Gilman: “At least half of us live far away. So, it’s kind of a relief that I don’t have to drive half an hour each way to services.”

Sekel has been a member of Beth Israel for close to 40 years. She said the congregation was a warm and welcome place when she first joined, and that hasn’t changed.

“The thing that brought me in was their small-family approach,” Sekel said. “We felt really important. If I would have walked into a big synagogue with my two kids, they would have welcomed us, but when I walked into Beth Israel they were like, ‘We need you to sit on our board and teach Sunday school. We need to have you.’ I was there six months and I was on the board and teaching Sunday school.” 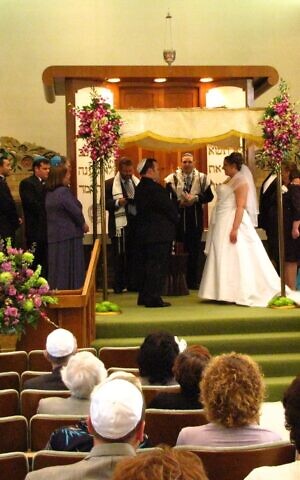 Posner, a past president, had a similar experience.

“It’s always been a very warm place,” Posner said. “The people are intelligent and active. They welcomed us and our children very warmly.”

Posner and her family moved from Squirrel Hill to Washington because of her husband David’s work. She recalled that when living in the city, the family sampled various congregations.

“When you live in Squirrel Hill, you have lots of options,” she said. “When we moved here, I said the people are so warm and welcoming, there was no reason to look anywhere else.”

Washington had a vibrant Jewish community at one point, said David Posner.

“The Jews have moved out of this small town,” Posner continued. “Frankly, in all of Pittsburgh’s surrounding towns, the Jewish congregations are dying. It’s a recurring problem.”

Despite his bullishness on the new Shabbat service attendees, Gilman knows the congregation will still face challenges when the pandemic ends.

Beth Israel has tried several different things to attract new members, including reduced or pay-what-you-can dues. While those policies have failed to attract a younger generation more averse to joining religious institutions than their parents, they have helped current members like Sekel.

“We don’t turn our noses up at people that can’t afford to pay dues,” she said. “If I were to go somewhere else, I couldn’t afford the dues. I know they would cut me a break, but then I would have to negotiate my dues every year. I don’t want to have to do that. Beth Israel is thrilled that I’m willing to come to their minyans and bring two other Jewish adults with me. What I pay them in dues, they’ll take.”

The congregation’s spiritual leader, Rabbi David Novitsky, noticed a change in the number of attendees after the massacre at the Tree of Life building in October 2018.

“People were scared to attend services,” he said. “Our synagogue has also gone through hard times the last two years. People have passed away.” The rabbi, while pleased that more people are tuning in for Shabbat services, knows that it can’t replace meeting in person.

“We miss being social,” he said. “We miss talking, discussing issues of Jewish law. We miss the food. We miss the potato latkes.”

In fact, the congregation had to cancel its largest social event — its annual Chanukah celebration — due to COVID-19 restrictions.

“We would have a festival,” Gilman said. “We’d have a band come in. Because of COVID, we didn’t have it this year.” Instead, the congregation added Chanukah songs to its traditional Friday night Shabbat service.

“We still try to have some semblance of recognizing special events,” Gilman said.

Despite dwindling membership, those who are still at Beth Israel are committed — and there might yet be another chapter to the congregation’s story.

“If the building were sold after COVID, we would find a hotel and rent it every weekend,” said Sekel. “Maybe it would even be in someone’s house. I feel an obligation to them. They got me through a lot. I felt alone in the world and they said, ‘We need you.’ That feeling has never gone away. I would never leave until the day they tell me they don’t need me anymore.” PJC