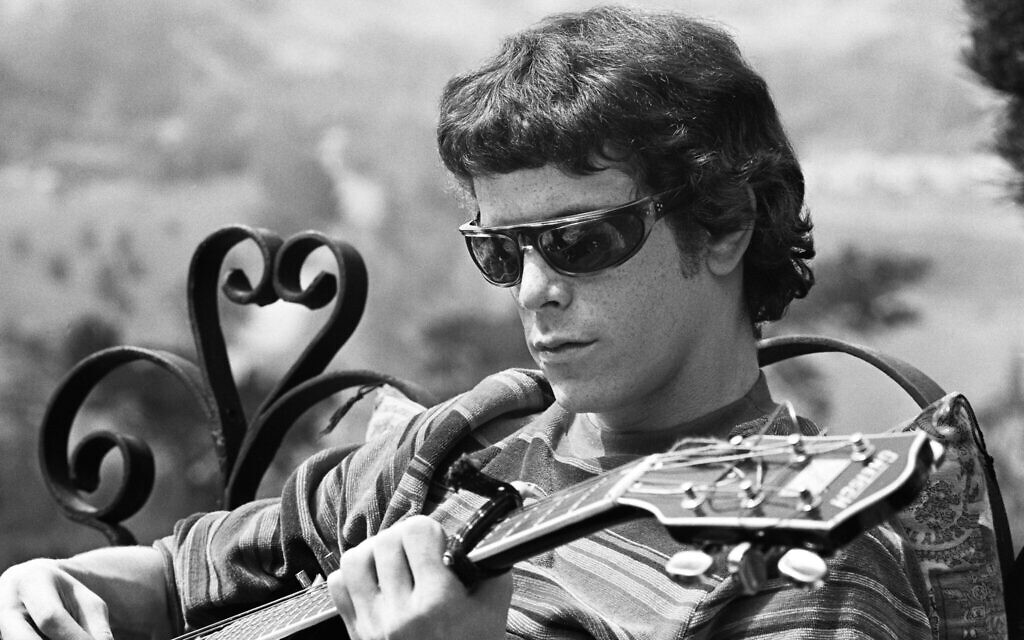 Lou Reed proclaimed that “My God is rock ’n’ roll,” hoping to become a famous musician at a young age. (Photo courtesy of AppleTV+)

Before Lou Reed proclaimed, “My God is rock ’n’ roll,” The Velvet Underground frontman was a Jewish boy who grew up in Freeport, Long Island, with Russian refugee grandparents. He was born Lewis Allan Reed — though his grandparents changed their family name from “Rabinowitz” to “Reed.”

The boy with a love for the “Murray the K” radio show grew into an amateur musician who played — and got arrested — at gay bars, who became the leader of the iconic rock ’n’ roll band the Velvet Underground with the help of pop artist Andy Warhol and New York’s finest anti-establishment creatives.

“The Velvet Underground,” produced and directed by Jewish filmmaker Todd Haynes, unravels the story of Reed and his eccentric cohort of avant-garde artists, cementing the titular band as one that will live on long after its dissolution and the deaths of its members. The documentary will be available on AppleTV+ on Oct. 15

Haynes’ film — his first documentary, but not his first film to draw inspiration from Reed — is a mosaic of video clips and photographs: Reed as a baby, New York in the ’60s, a precious collection of 2018 interviews with Velvet Underground band members and their peers.

The sheer volume of Haynes’ archive is impressive, yet the curation of clips and photos somehow manage to be greater than the sum of their parts.

Haynes doesn’t shy away from Reed’s notoriety as abrasive and petulant, but rather tries to provide an explanation for it.

Reed was socially anxious and underwent electroconvulsive therapy at the request of his parents, who suspected him of having “homosexual urges.” He began using drugs in high school.

He dropped out of New York University after one-and-a-half semesters, transferring to Syracuse University, where friends say he developed an at-times bitter personality.

Yet time seemed to tame Reed a bit, as did the synergy between bandmates Moe Tucker, Sterling Morrison and John Cale. Their improvisations pushed the boundaries of what rock ’n’ roll — and music — could entail.

The Velvet Underground was unique, but Reed wanted to be cemented as a rock star, a feat which couldn’t have been made possible without Warhol, the band’s producer, who, in the band’s early days, would sit silently in the studio, session after session.

Without Warhol’s signature pop-art banana on their debut album’s cover, the Velvet Underground would likely not have experienced the stardom they did.

Conversely, when Warhol and Reed’s relationship soured and Nico left to pursue an independent musical career, the Velvet Underground’s sound and synergism faltered, though the band continued creating music together for several more years.

Though the Velvet Underground was revived in the 1990s, the zeitgeist of the 1960s that helped create the band’s renown was long gone.

In its prime playing as part of Warhol’s Plastic Exploding Inevitable, the Velvet Underground would have images of polka dots and scenes from Warhol’s reels projected behind it during performances, prompting sensory overload for the audience.

Haynes employs a similar technique to his documentary: Over the narration of Cale, Tucker and musician and Velvet Underground protege Jonathan Richman, among other artists of the time, Haynes fills the screen with swirling geometric shapes and musical performances and footage sped up or slowed down.

To some, the indulgent use of archival footage may seem excessive, distracting from the documentary’s narrative. To Haynes, it’s emblematic of the 1960s epoch.

“Painters, musicians, filmmakers — they were not so much interested in telling narrative stories,” said Jonas Mekas, a Lithuanian-American avant-garde filmmaker, in the film. “The poetic aspect of cinema brought cinema to the level of the other parts.”

Throughout the documentary, Haynes makes his fascination with the passing of time clear.

The story of Reed and the Velvet Underground digresses at one point to explain the evocative 1963 “Kiss” film by Warhol.

The 50-minute silent film is broken up into three-and-a-half-minute segments, each of a pair of people of various genders and races kissing each other. The film is shown at 16 frames per second, slower than the speed of the subjects while they were being filmed.

“The people in those images are breathing, and their hearts are beating in a different time frame than yours is when you watch it,” film critic Amy Taubin said.

And as if he were a ghost, Reed’s voice appears and disappears throughout the documentary, coloring the black-and-white footage with his commentary, bringing archival clips — and the musician behind them — to life.

For a minute, the audience can forget that Reed’s presence in the documentary is only posthumous, that he died on Oct. 27, 2013 — a Sunday morning. PJC