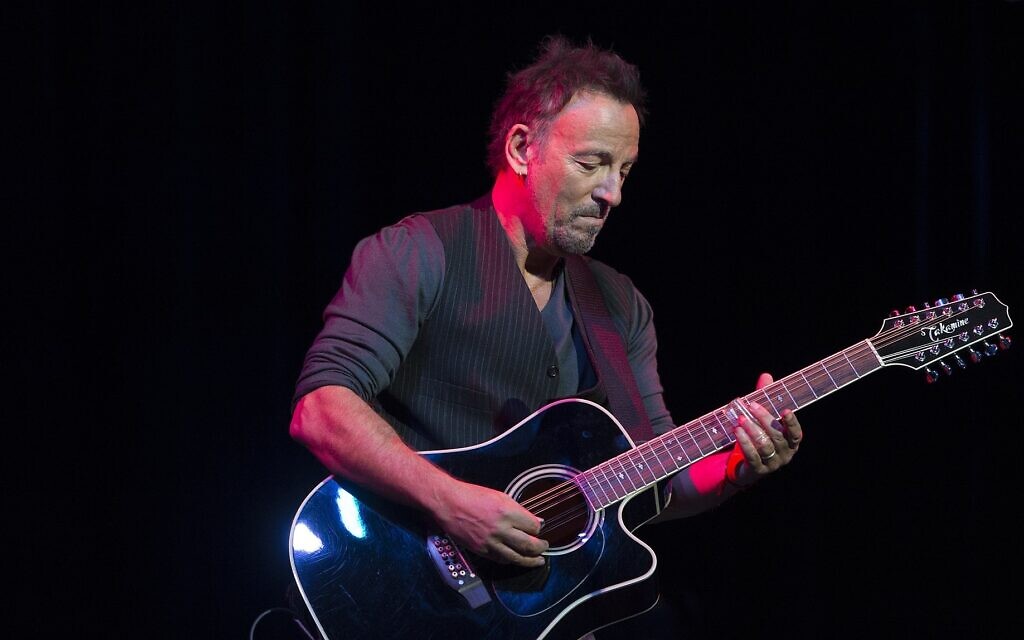 It could be his last name, which was once accidentally spelled as “Springstein” by The New York Times. Or it might be that he’s known for his mensch-like commitment to social justice.

No matter how it happened, you, or someone you know, have probably mistaken Bruce Springsteen as a Jew.

To clarify: The Boss is not a member of the tribe, and his Catholic roots are well-documented. But can that really stop Springsteen from being Jew-ish? Some say that the New Jersey legend could at least blend in with the pack.

“I don’t want to put words in his mouth, but I’ve always had the sense that Bruce is a really spiritual guy,” said Temple Sinai Rabbi Daniel Fellman, a life-long Springsteen fan. “He wrestles with things. He tries to make sense of things. He uses his art to try and help others in a way that most musicians don’t.”

While growing up in Omaha, Nebraska, Fellman was struck by Springsteen’s music at the age of 12, and it has stuck with him. Fellman saw the E Street Band for the first time in the early 2000s when he was in rabbinical school.

“I went with a group of classmates from rabbinical school, but we also went with a Talmudic professor,” Fellman laughed.

Years after rabbinical school, Fellman finds ways to tie his love for Springsteen with theology. After his ordination, he moved to New Jersey, where he was tasked with preparing a Jewish class on death and dying. Because of the Garden State’s proximity to New York, Fellman felt the effects of 9/11 on a direct level. That inspired him to base the class on Springsteen’s 2002 album “The Rising.”

“It seemed that Bruce Springsteen had done what no other artist had done, which was effectively to try and write a eulogy for the whole disaster,” Fellman said. “‘The Rising’ is an album of healing. It’s an album of songs that could be psalms. Any one of them could be a reading at a funeral. I brought in a stereo to class, and I reproduced the lyrics. We went through every song on that disc and talked through the Jewish way of death and mourning using those songs.”

And while there are certainly thematic overlaps between the Tanakh and Springsteen’s lyrics on songs like “The Promised Land,” Fellman thinks the connection is even bigger than that.

“If you go to a Bruce Springsteen concert, you can’t help but walk away feeling uplifted in the same way you would if you’d go to a Jewish wedding or a Jewish celebration,” Fellman said. “We’re pretty good about leaving all of our emotions out on the floor and living it up. You know, dancing the hora is a huge emotive experience. A Bruce concert is the same kind of thing.”

Alterman shares a story of how he missed a Yom Kippur service to go see the iconic 1979 “No Nukes” concert.

“That night, I and (I’m guessing) everyone else in attendance believed in the ‘Promised Land,’” Alterman wrote.

There’s also Azzan Yadin-Israel’s 2016 book “The Grace of God and the Grace of Man: The Theologies of Bruce Springsteen,” which devotes an entire chapter to what Yadin-Israel calls “Springsteen’s Midrash.” It discusses songs like “Adam Raised a Cain” and “Swallowed Up (In The Belly of the Whale)” by tying them in with their biblical counterparts in Genesis and the story of Jonah.

Abby Mendelson, a journalist, author and professor at Chatham and Point Park universities, thinks that the comparison is two-fold. He noted that many of the great lyricists of the 20th century are Jews, such as Bob Dylan and Paul Simon.

“When we look at people who really had something to say with depth, who wanted to describe the world and to make the world better, they’re not exclusively Jewish, but there’s a large number of them out there,” Mendelson said.

“Springsteen seems to fit in wonderfully well with them,” he continued. “You hear the idea of changing the world, not merely talking about the effluvia of life. He really has something to say.”

But Mendelson also compares Springsteen’s lyrics to the great dramatists, particularly those who had a focus on working class and labor issues, such as Clifford Odets. He thinks that Springsteen is most connected to Judaism through a mutual concern with those who are disadvantaged.

“How are we defined as Jews, as a people and a culture? One of the ways we are defined is as former slaves. Remember, you were strangers in a strange land. We are always, always, always feeling for the underdog,” Mendelson said. “As a people, that’s what we feel, and that’s where Springsteen is.” PJC