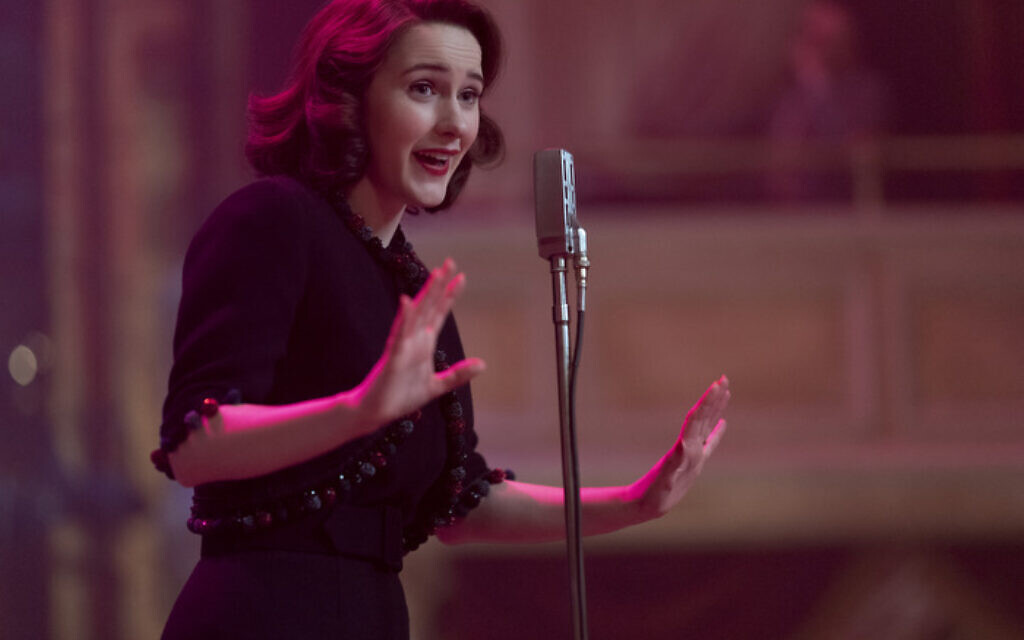 It’s hard to do what you actually want to do in life.

It’s much easier to sell out for money, to conform to some traditional gender role or all of the above.

“The Marvelous Mrs. Maisel” is an Amazon Prime show about a Jewish woman, Miriam “Midge” Maisel, played by Rachel Brosnahan, who grows from doing the latter to doing the former. Mrs. Maisel starts season one, which premiered in 2017, as a housewife and mother of two; she ends it as a hilarious and magnetic stand-up comic.

Midge, according to her manager Susie Myerson, played by Alex Borstein, just has it; she’s a natural on stage. But even for a talent like Brosnahan’s character, the journey to stardom is long and difficult, filled with setbacks and moments of doubt, often darkened by the unsettling feeling that you might never get there.

Season four of “Mrs. Maisel,” which Amazon is releasing in two-episode installments for four consecutive weeks beginning Feb. 18, captures just how difficult this journey can be.

In doing so, it shows that Maisel is more than just a stylized celebration of the female empowerment that swept across American culture during the show’s time period: the late 1950s and early 1960s. Instead, the series is about a modern hero’s journey.

Episode one of the new season, “Rumble on the Wonder Wheel,” picks up Midge after her greatest success yet, a riotous set at the Apollo Theater, and her biggest setback — getting dropped from the tour for making fun of its headliner, the fictional musician Shy Baldwin, during that same set.

The rest of the hour shows a woman and a journey in limbo, as Midge returns home to New York City, hides in the bar/comedy club where she got her start and lies to her family about being in Prague. 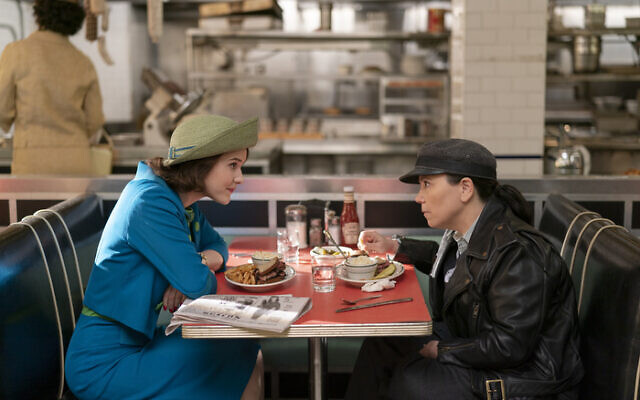 Rachel Brosnahan and Alex Borstein in an episode of “The Marvelous Mrs. Maisel” on Amazon Prime
(Photo courtesy of Prime Video)
At one point, Susie, who is on the same journey in her effort to become a successful manager, goes to a dive bar and asks the bartender why the calendar is still set to April, even though it’s June. He tells her they like the idyllic picture with trees and a splash of sun illuminating the end of a trail. It’s an apt metaphor.

Yet action doesn’t lead to instant success; it rarely does.

Midge has trouble buying groceries due to a money shortage from the tour debacle; her parents invade on her space and the operation of her household, and ask Midge to tell people that they bought the apartment for her; and her effort to get back on stage is rebuffed by a club manager in favor of mediocre male comedians.

In the same episode, Midge reads a column from an entertainment writer who refers to her sets as “deeply unfunny meanderings.” The column was not even about her; the writer just used her as an example of a bad comic.

Mrs. Maisel is back in action, but her stock is not yet rising again. The journey is not easy.

It’s not easy for the show’s supporting characters, either. Throughout season three, inspired by Midge, her father Abe Weissman, played by Tony Shalhoub, her mother Rose Weissman (Marin Hinkle) and her ex-husband Joel Maisel (Michael Zegen), all started doing what they actually wanted to do, too.

Abe leaves a comfortable career as a tenured professor to become the cantankerous theater critic he was probably always meant to be; Rose ends a cozy existence as a housewife to become a matchmaker; and Joel, whose own comic dreams in season one led to him breaking up with Midge, and to her getting on stage, finally grows into the independent businessman that the show makes clear he is supposed to be.

But as season four begins, Abe is dealing with a meager paycheck, while Joel is figuring out how to handle the Chinese community in which he now does business, and that wants a cut from him.

“The Marvelous Mrs. Maisel” has reached a new chapter in its maturation process. It’s no longer just about one modern hero’s journey, but several.
At the end of episode two, Abe and Midge are sharing a drink during a moment of doubt for Abe.

Jarrad Saffren writes for the Jewish Exponent, where this first appeared.