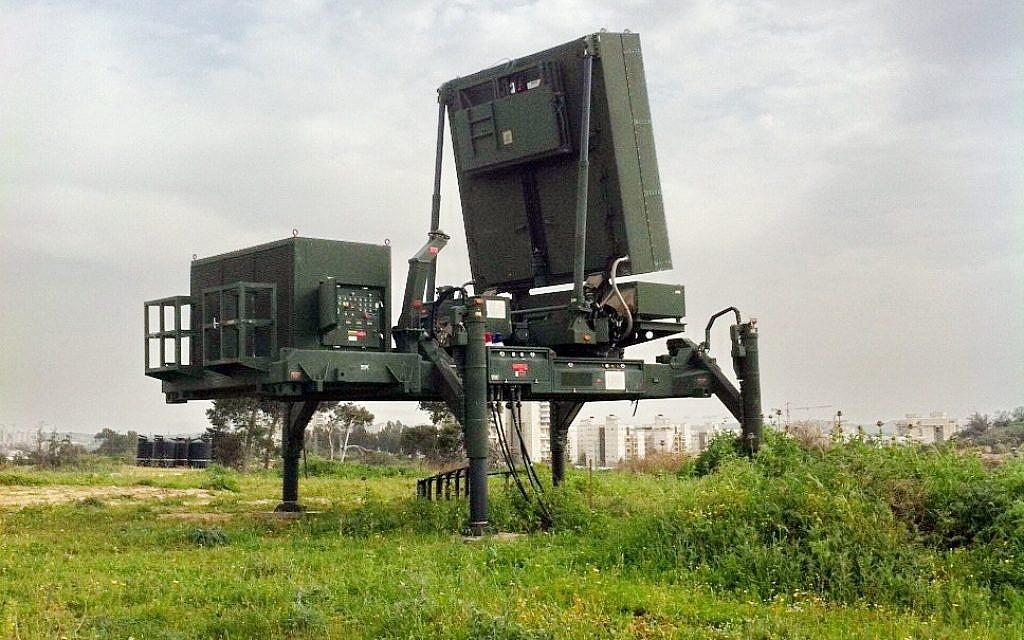 Were it not for the astonishing Iron Dome missile defense system, the Gaza-ruling Hamas terror group would have been able to reduce Israel’s residential areas to rubble in recent years, rendering much of the country unlivable. It would also have condemned Israel to international isolation: A single rocket from Gaza that evaded Iron Dome and fell near Ben Gurion Airport in 2014 prompted most foreign airlines to suspend their flights to Israel.

In this past May’s 11-day conflict alone, an estimated 1,500 rockets fired from Gaza were heading directly into Israeli civilian neighborhoods. In excess of 1,400 of them were knocked out of the sky by Iron Dome interceptors. In the little more than a decade since the system was first rushed into service, it has stopped thousands of the terror group’s indiscriminate rocket launches from killing and maiming Israelis, with an intercept rate somewhere between 85 and 90%.

While simultaneously protesting to a gullible world the Israeli security blockade on Gaza that prevents a more rapid development of its capacity to wreak destruction in Israel, Hamas works feverishly to outwit Iron Dome — altering the range of its rockets, modifying its warheads, attempting to overwhelm the system with multiple launches, and, most recently, by utilizing drones to carry its warheads across the border.

Acutely conscious of the lives at stake, Iron Dome’s developers continually upgrade it, racing desperately to stay one step ahead of the terrorists.

The United States has been a core, consistent partner in the development and funding of Iron Dome. This is an immensely expensive enterprise: Each of the dozen or so Iron Dome batteries reportedly deployed by Israel costs upward of $50 million, and each interceptor rocket costs $20,000-$100,000. The Gaza rockets they stop, by contrast, range in cost from hundreds of dollars to the low thousands.

But, last week, with their political power magnified by the gulf between U.S. Democrats and Republicans on almost everything, a small group of “progressive” Democratic legislators held their party hostage and secured the removal of a clause providing $1 billion in supplementary funding for Iron Dome from a critical U.S. government-funding bill.

In the Barack Obama era, a president heavily criticized by many in Israel for his positions on the Israeli-Palestinian conflict and on the Iranian nuclear threat helped ensure that funding for Iron Dome was approved with alacrity, even when Capitol Hill was at its most dysfunctional.

That Democratic members of Congress today would even wish to prevent, never mind succeed in preventing, the smooth approval of funding for Iron Dome dismally underlines the immorality taking hold in small but now self-evidently potent areas of that party when it comes to Israel.

For seeking to deny funds to Israel for Iron Dome is indeed immoral. This is a military system whose sole purpose and capability is defensive. It keeps people alive despite terrorists’ best attempts to kill them. It is the vital first line of defense against the war crime of indiscriminate rocket fire directed at civilians.

Those U.S. legislators doing their utmost to deprive Israel of its protection are attempting to abandon Israelis to that deadly fire. They are opposing Israeli civilians’ right to a shield against murderous terrorism.

Iron Dome’s principal deployment, moreover, has been facing a territory, Gaza, in which Israel has no military or civilian presence — having withdrawn to international acclaim in 2005 — an enclave that is ruled by a globally reviled terrorist organization.

It would also be crucial in any war against Lebanon’s Hezbollah, the Iranian-backed terror army with far greater rocket and missile capabilities than Hamas and the shared goal of destroying Israel.

Without the protection afforded by Iron Dome, it is worth stressing, the Israeli military would likely be forced to resort to greater use of firepower when the home front comes under rocket attack, in order to limit the duration of conflict and minimize Israeli civilian deaths — likely leading to greater civilian casualties in the terrorists’ home territory.

In other words, far from protecting Palestinian civilians, hobbling Iron Dome would probably have the opposite effect.

Leading Democrats assured Israel and Israel’s supporters in the U.S. that the capitulation to the progressive legislators is a short-term setback that will be swiftly reversed. Anything else would be unthinkable. (Editor’s note: In fact, on Sept. 23, the U.S. House of Representatives overwhelmingly approved an extra $1 billion in funding for Israel’s Iron Dome anti-missile system, following the pushback effort from Israel-critical progressives. The vote was 420-9, with two voting present. The bill now goes to the Senate, where it is likely to be approved.)

But the very readiness, the cynical scheming to target Iron Dome, of all things, is despicable and unforgivable. It shows that, for some legislators, obsessed by a loathing for a small state in a toxic region, absolutely no avenue is off-limits when it comes to harming Israel and rendering its people vulnerable to their would-be killers. PJC

David Horovitz is the founding editor of The Times of Israel, where this first appeared.