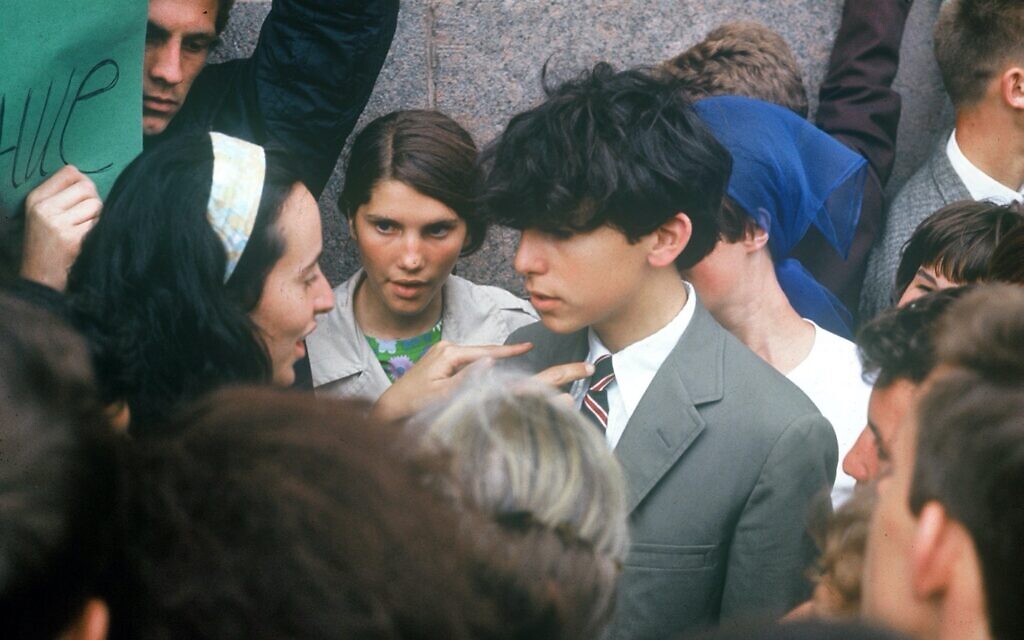 I first visited the Soviet Union in 1967 when I was in high school in Pittsburgh as part of an impossible Quaker dream to bring peace to the Middle East, to Southeast Asia and to a racially divided USA. How our journey — organized by an ex-Marine who lived in Squirrel Hill and had become an activist for the American Friends Service Committee — might have helped solve such problems remains a small testament to the hopefulness of “the Movement” of the 1960s. But in the intervening half century, and especially in recent days, such hopes often seem to stand beyond comprehension.

That summer, I remember crossing the border from Finland into the USSR, at Vyborg, where Lenin lived between the February and October revolutions of 1917, and instantly confronting what became over the next two months a familiar, noxious companion: an odor unique to the Soviet Union that seemed a combination of human sweat, garlic, smoke generated from the tubular, stumped cigarettes known as papyrosi, a pungent disinfectant and, doubtless related to its production, petroleum-based vodka.

The questions from Soviet border guards, and their searches of and confiscations from our overstuffed suitcases — overstuffed with banned books and phonograph records — unmistakably signaled the power and fearfulness of a state that had not changed very much since the death of Stalin, not to mention since Khrushchev’s famous “de-Stalinization” speech of 1956.

We traveled through the Soviet Union, from the Finnish border and nearby Leningrad (now St. Petersburg), to Moscow, and then on to what was then The Ukraine, in three old but worthy Volkswagen Microbuses. I recall crossing from Russia, near Belgorod, to the Ukrainian city of Kharkov, the battles for which in World War II cost almost 300,000 Soviet casualties. It seemed unusually hot that summer, especially in August, and you could see heat waves rising from the interminable, rich “black earth” that had made Ukraine the breadbasket of Europe and drew together Hitler and Stalin in deadly covetousness for this land. Of course, these two bandits shared many antipathies and tactics.

In recent days, we have been reminded of the shared, deadly inanities of most authoritarian regimes. That Putin has called Vladimir Zelensky, the Ukrainian president, a Nazi underscores the bizzarro planet Putin and his acolytes inhabit. For Zelensky is Jewish, as are his parents, as was his grandfather, who, in the Red Army, fought the Nazis — which did not prevent them from killing other members of the Zelensky family. In Donald Trump’s view, Putin is a “genius” or, at the very least, “very smart.” Contemporary leaders of authoritarian regimes and of right-wing, popular movements, in Europe or in North America, also share various antipathies and tactics.

None of this was at all imaginable to me as a 16-year-old, back in 1967, even as I understood that the world order seemed to be on a precipice. The Six-Day War of that summer in the Middle East, Lyndon Johnson’s escalation of the war in Vietnam, and the growing unrest in American cities signaled a sea change that became a tsunami in 1968 — one which today, impossibly enough, seems dwarfed by Putin’s machinations, the pandemic and the metastatic, worldwide growth of authoritarian politics. In Red Square in the summer of 1967, my friends and I innocently demonstrated against all wars; for some inexplicable reason, the Soviet regime allowed us to carry our placards and engage Soviet citizens, and newspapers across North America explained that we were the first foreigners to be allowed to stage a rally in the most sacred place of the USSR.

A few years later, my cousin, Allison Krause, whose family was based in McKeesport, was one of the four shot in Ohio, at Kent State University, a murder achingly memorialized in the poem, “Flowers and Bullets,” by the Ukrainian poet and memoirist, bon-vivant, and occasional hack for the Soviet Communist Party, Yevgeny Yevtushenko. I heard him read it at the International Poetry Forum in Pittsburgh, in 1972. Zhenya, as he was called, spent the night at my home in Oakland, and it was just too much fun for me and my pals. But I remember that Yevtushenko forbade discussion of his two most famous poems, “Babi Yar,” and “The Heirs of Stalin,” written after Stalin’s body had been removed from the Mausoleum on Red Square where Lenin’s corpse continues to rest — and which I had seen on Saturday, July 29, 1967, the day we demonstrated for world peace in Moscow.

Excerpts from Yevtushenko’s poem about Stalin and his legacy, not confined to the late Albanian dictator Enver Halil Hoxha, seem particularly relevant today:

… I appeal to our government
With the request
To double,
To triple
The guard at this slab
So that Stalin may not rise,
And, with Stalin,
the past.
… He left many heirs on the face of the globe.
I dream
that a telephone has been placed in the coffin:
Stalin sends his instructions
to Enver Hoxha.
Where else does the line from the coffin run?
No – Stalin has not given up.
He considers death remediable.
We rooted him
out of the Mausoleum.
But how to root Stalin
out of Stalin’s heirs?

In important ways, the corrosive politics of our time, in Russia, and in the U.S., are hardly aberrant. Here, a second civil war no longer seems impossible. President Johnson himself predicted that the passage of the civil and voting rights bills of his administration, given the endemic racism of white America, would consign his beloved Democratic Party to certain defeats for generations and push the country far to the right. Johnson got many things wrong. But about this, he was spot on. And the ultimate benefactor was not Richard Nixon or his unvarnished mini-me, George Wallace.

It was the “genius” and “very smart” Donald Trump, Putin’s mini-me.

Several months ago, my beloved cousin, Lee Weiss, a renowned professor of robotics at Carnegie Mellon University, passed away. We spent much of our childhoods together, playing at his home on Beacon Street, and Lee teased me for years about my performance at one of our family seders. Our grandfather, Samuel M. Krause, who built a successful men’s store in Braddock, led the service and dutifully followed the ritual of hiding one piece of matzah, the Afikomen. To conclude the service, Grandpa Sam of course needed to have the Afikomen, and Lee and I and our other cousin-partners in Pesach crime retrieved it from its not-so-secret hiding place. Grandpa, like all leaders of seders, was willing to “pay” for the matzah, and he asked each of us what we would like in exchange. Lee and my other cousins asked for a couple of bucks. Maneuvering to outflank them in the eyes of Grandpa and the assembled adults, I announced that all I wanted was “world peace.” What a sniveling sycophant — Lee would not forgive me for decades, and we had many good laughs about this. But Pesach’s universal message of freedom remained sacred to us for the next six decades. I wonder if this message can be delivered this year, and I wonder where the heirs of Stalin will be on April 15, when Passover begins.

Not long before he died, Lee and I talked on the phone and laughed riotously about my Pesach request of 1959. But it no longer struck him as silly, Lee said.

So, perhaps that long-ago demonstration in Red Square was not entirely sophomoric. One of the signs we carried read: “Mankind must put an end to war, or war will put an end to mankind.” These words were spoken by President Kennedy in his 1961 address to the UN General Assembly. On one popular site on the web, readers are warned that repeating such words at a dinner party would place you in the “pretentious” camp.

Paul Krause is a former newspaper reporter, columnist, and editor and a retired history professor. A native of Pittsburgh, and a graduate of Shady Side Academy, he is the author of the definitive history of the Homestead Lockout of 1892, “The Battle for Homestead.”