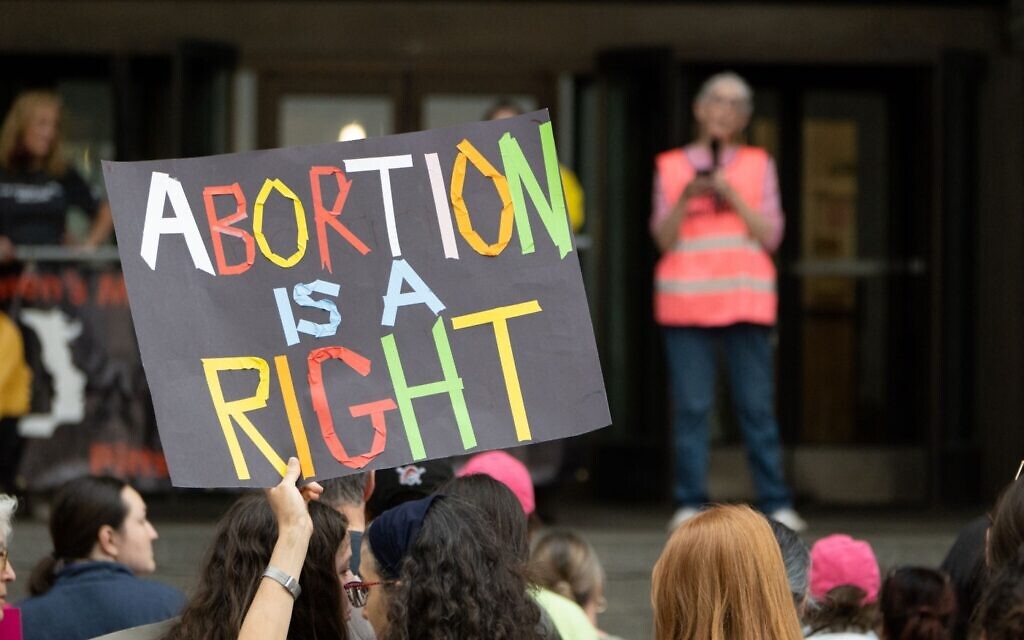 We knew this day would come — even as friends and relatives on both sides of the abortion issue said, “Oh, Roe v. Wade will never be overturned: Most Americans support it.”

But as an active member of the National Council of Jewish Women for more than three decades, I have long recognized the fragility of our hard-won abortion rights. Volunteer advocates like me have fully expected that the Supreme Court would decimate Roe the first chance it got. With the recent majority installed on the Supreme Court, we recognized that Roe would soon fall.

I was 21 when Roe was passed in 1973. Before that time, I knew of college students, looking to finish their studies and embark on careers and lives of economic self-sufficiency, finding the means to travel to New York City for a costly but legal abortion. I knew of mothers who had all the children they could handle and afford who subjected themselves to questioning by judges and psychiatrists so they could get a legal abortion.

Meanwhile, anyone struggling to make ends meet but desperate to secretly end a pregnancy risked life, health and infertility by taking matters into their own hands or undergoing an unsafe, illegal abortion. Many of them died.

Now the high court has opened the floodgates to state legislatures, including Pennsylvania’s, to ban abortion outright. This will not end abortion. Pregnant people will always strive to maintain control over their own bodies and lives, in consultation with their doctors, their loved ones, their clergy. Judges and lawmakers have no business intruding on individuals’ private lives and making personal health decisions for them.

Jews like me are profoundly aware that reproductive rights are inextricably bound with religious freedom. As protected by the First Amendment of the Constitution, no one should be able to impose their religious views on others. Included in that principle: beliefs about when life begins or the rights of the so-called “unborn” that some folks see as equivalent to the rights of the pregnant person. The Jewish view is that the life of the mother supersedes the life of a fetus.

I recall when Samuel Alito, the author of the majority opinion in Dobbs v. Jackson Women’s Health, was nominated in 2005. We felt great alarm that he was to replace retiring Justice Sandra Day O’Connor, who had been the crucial deciding vote to save Roe in Planned Parenthood of Southeastern Pennsylvania v. Casey.

Alito’s track record was clear. As a judge on the Third Circuit Court of Appeals — which serves Pennsylvania, New Jersey, Delaware and the U.S. Virgin Islands — he was the one voice to argue that women should have to notify their husbands before having an abortion. Our fears about his views were realized as soon as he got on the high court.

As part of NCJW’s BenchMark campaign to save Roe, I worked to mobilize a protest to reject Alito’s elevation to the Supreme Court. Since moving to Pennsylvania in 1996, I have also led local NCJW campaigns to oppose Neil Gorsuch, Brett Kavanaugh and Amy Coney Barrett, whose votes were pivotal in the Dobbs decision. With these additions to the court, conservatives have succeeded in their long game to roll back the clock to a time when women and all marginalized individuals had few rights.

There is no satisfaction in saying “I told you so.” NCJW will continue the fight with our allies to ensure that one’s zip code, citizenship status, social and economic level, race, religion or personal circumstances will not prevent individuals from accessing reproductive rights.

Educated and strengthened by the leadership, advocacy tools and support of NCJW, we have long been speaking out to defend all our rights and freedoms. Time and again, we have stressed the importance of electing a president who would nominate only fair and independent individuals for lifetime positions on the Supreme Court — and the lower federal courts as well.

We have sounded the call to action, galvanizing the Jewish community and those who share our values to contact our senators and urge them to confirm only those judges and justices who will defend our constitutional rights.

We of NCJW continue to loudly declare that courts matter. We live by our mission to improve the lives of women, children and families and to safeguard individual rights and freedom. To that end, and in partnership with the National Abortion Federation, NCJW has established the Jewish Fund for Abortion Access, which will help provide support and resources to any individual unable to access abortion care.

It may take decades to reverse this reprehensible decision in the courts. But we pledge to do all we can to ensure that all people can still exercise their own reproductive choices. PJC

Eleanor Levie is a longtime NCJW volunteer and chair of federal judiciary nominations for NCJW in Pennsylvania. She takes a key role in NCJW’s 73Forward campaign involving Philadelphia and Pittsburgh NCJW Sections and NCJW members and supporters throughout Pennsylvania.