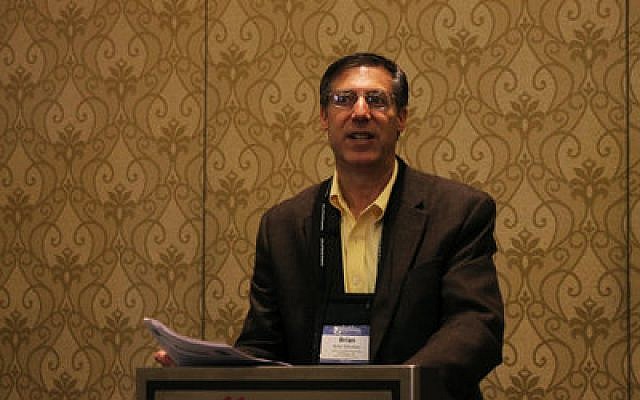 After a spring marred by a pandemic, social distancing, school and business closings, police violence caught on tape and protests throughout the city, Temple Ohav Shalom’s Rabbi Jeremy Weisblatt felt that his congregation could use a summer of hope.

The Reform congregation is welcoming a lineup of guests for its #SummerofHope Speaker Series as a part of its weekly Shabbat service. The series began Friday, May 29, and is continuing through August. It is available to view on Zoom and on Weisblatt’s Facebook page.

“We’re doing visual tefillah services and instead of a sermon, every Shabbat is themed with a sense of acknowledging the moment we’re in, asking how do we look forward in active ways and hearing what inspires other leaders, locally and around the country, that helps them move forward and find hope in this moment,” Weisblatt explained.

The idea for the new series came to the rabbi when calling to check in on members of his North Hills congregation.

“I kept hearing, ‘Everyone is OK, but what can I do?,’” he recalled. “The common refrain was, ‘Rabbi, what are we looking forward to?’” 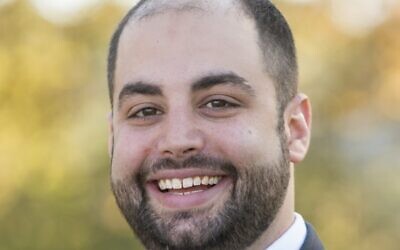 Knowing that members were feeling disconnected, Weisblatt began to ponder what he could do from his home to bring the community together and “make them feel part of something greater and inspire them.” He began reaching out to potential speakers, both clergy and non-clergy alike, believing it would “help fill that emotional and spiritual need in the community,” he said.

Weisblatt has reached across the Jewish spectrum to find upcoming speakers. A partial list includes Jewish Federation of Greater Pittsburgh President and CEO Jeff Finkelstein; leaders of Penn State Hillel who will focus on college students and youth; professors from the Hebrew Union College; an author that is both a Jew of color and member of the LGBTQ+ community; and leaders in the Conservative movement.

Of particular interest for Weisblatt is Shmuly Yanklowitz, whom he calls one of the “leading social justice advocates in our time across the Jewish world.” Yanklowitz is an Orthodox rabbi, activist and author that The Forward named as one of 2016’s most influential Jews.

Another session will feature Pardes Institute of Jewish Studies Rabbi Leon Morris, who will discuss “what’s going on in Israel and how he’s finding hope,” Weisblatt said. Morris is a Pittsburgh native.

“It’s finding these different voices throughout the country and in Israel to inspire us and bring us together and learning what’s moving them in this moment and keeping them moving forward through all that we’re experiencing,” Weisblatt said. “It’s a way of getting a multi-layered, multi-voiced message to my community saying there are so many ways you can help, right now.”

The speaker series serves two purposes, according to Weisblatt. The first is to give hope to community and build a feeling of unity. The second is to learn how to be “personally active,” and that, the rabbi explained, is what changes based on the speaker.

Regardless of the topic or speaker, Weisblatt said that Ohav Shalom members will be asked to look at their own actions and decide how they can react.

“For some, it will just be about reading and staying on top of what’s going on,” he said. “For others it might be that you say, ‘Black lives matter’ or that it’s important to take care of the LGBTQ+ community and be inclusive, but is it just a statement on Facebook? Are you donating? Are you friends with people in these communities? Are you reaching out as an ally in support? Some of it is focused on the Jewish community, online and off, in your life right now.

“I would say that is what is great about the series, it has those two layers—it’s hope that unites every speaker and then what allows the speaker’s voice to shine is their personal charge to the community.”

Finding connections for his congregation to communities to which they might not otherwise connect is “part of my job, bridging that gap,” Weisblatt said. “The synagogue can help provide these points of connection; it’s a house of gathering.”

While Weisblatt does not have plans for an #AutumnofWonder or #WinterofJoy, he does view the #SummerofHope Speaker Series as the first step in reimagining services, High Holidays, and other community gatherings.

“I said to the board that I don’t think we should look at these things the same way as the things we’ve done in the past because it’s not,” said Weisblatt. “I do not think trying to replicate what we have done in the sanctuary is the way forward. I think we take advantage of a bad situation and find ways to engage and create connection and community. When COVID ends, I think it will allow us to take that back to the building and do things differently and feel OK creating these new traditions and ways of experiencing Jewish life.” PJC