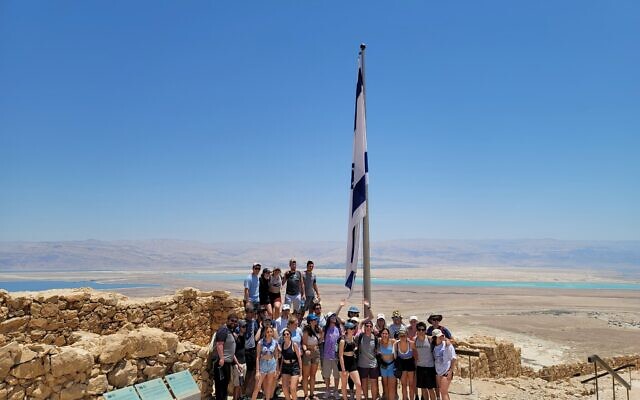 Rabbi Shlomo Silverman led a group of CMU students to Israel for the first time in two years as part of the Birthright Israel program. Photo provided by Chabad of Carnegie Mellon University.

Max Wilmet called the Birthright trip he took with Chabad of Carnegie Mellon University last month one of the best experiences of his life.

And he’s had some pretty great experiences.

The behavioral economics major said he is half French and half American. He lived in New York City until the fourth grade, when his family moved to Shanghai. He stayed in China until he finished high school, then moved to Pittsburgh to study at CMU. He also has visited Israel twice previously.

Despite having the type of passport stamps that might make one jaded, Wilmet couldn’t hide his enthusiasm for Birthright.
“I loved the trip so much,” he said, “it would be a disservice not to speak about it.”

Birthright excursions to Israel recently restarted after a two-year pandemic pause. Wilmet said the resumption was one of the reasons he decided to make the trip.

“I haven’t been able to travel much during the pandemic, and the opportunity to go with friends to our Holy Land was like, all the stars lined up. Everything was pointing for me to go,” he said.

Rabbi Shlomo Silverman, director of Chabad of CMU, led the trip, May 16-26.
Silverman said he shared an incredible journey with the 30 students on the bus tour of Israel — eight were from CMU and the rest were from George Washington University, Penn State University and a few other schools.

“I think the students had the trip of a lifetime,” the rabbi said. “The growth, appreciation of Israel, appreciation for being Jewish is a very transformative and powerful experience to go through in 10 days.”

Silverman said the trip began in the north of the country and included different hikes, allowing the students to see the beauty of the land and visit some of the local wineries. The students were able to experience the mystical side of the country climbing the hills of Tzfat and spending Friday night at the Kotel.

“That was probably a highlight for most of the students,” he said. “Being at the Kotel and dancing with thousands of people, just being proud of their Jewishness.”

The trip also included a tour of the Old City, visiting Tel Aviv, shopping at “The Shuk” and more.

Silverman said the trip included everything from entertainment to shopping to history to experiencing Tel Aviv at night.
“It was definitely an eye-opening experience,“ he said.

Some of the students, Silverman said, wanted to go to Israel on Birthright during the last two years but couldn’t because of COVID-19 restrictions. To compensate, Birthright increased its age limit, allowing adults as old as 32 to take part.

Experiencing the Jewish state is one part of Birthright’s equation, Silverman said. The other part happens when students return to their universities.

“They feel empowered, and they understand what’s going on, especially with antisemitism,” he said. “They’re educated with what’s happening on the ground and know it’s not like the media says. I think it’s very powerful.”

Technical writing and communications major Sarah Abrams said that before the trip she often felt powerless when being put in a position where she had to defend Israel. After learning about the country and meeting with a Jerusalem Post reporter, she feels better qualified now. 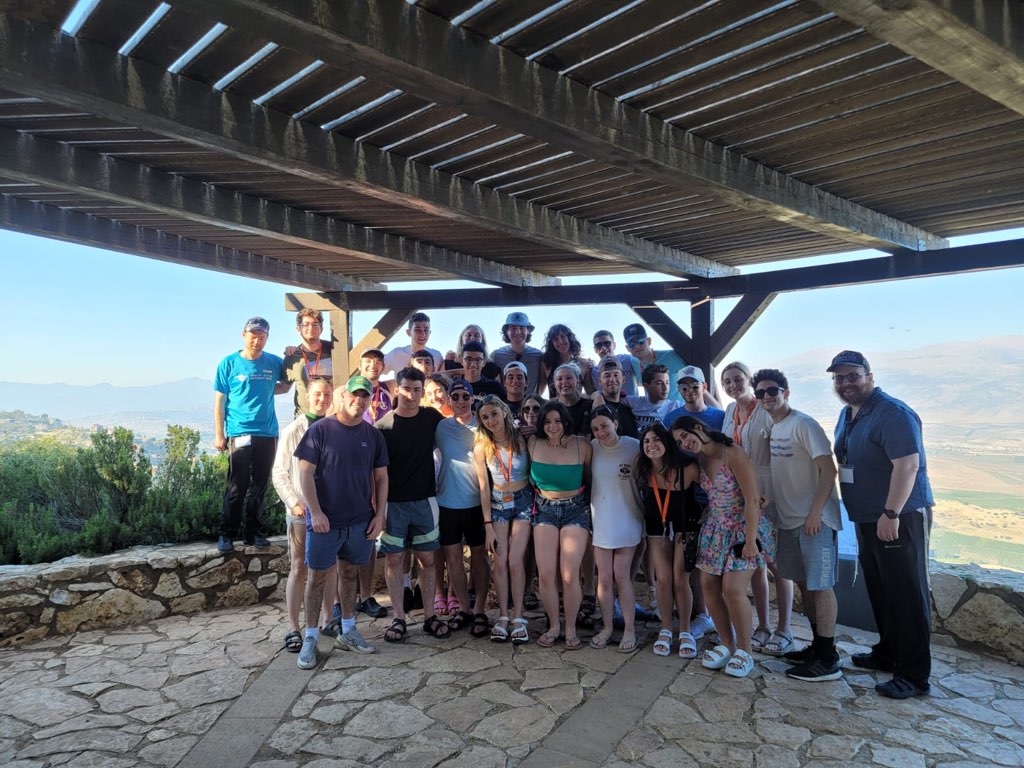 “For example,” she said, “I observed Shabbat for the first time fully in Israel. I thought it was a really therapeutic experience, putting everything away for a day.”

One of her favorite parts of the trip was visiting Masada.

“We did some prayers, and I remember that I thought it was surreal the way they connected with me,” she said. “I remember singing a lot of songs in Hebrew school when I was younger. I really didn’t keep up with them, so, saying them on top of Masada when I was in this holy place was a really cool experience.”

Wilmet found meaning in the connection between modern Judaism and its recent and ancient history.

He said a trip to Yad Vashem was emotional, making for an impactful but tough day.

“But also, seeing what Israel has gone through is unspeakable,” he said. “It really happened. And now we’re more resilient than ever. We saw a mikvah built 3,000 years ago. Our guide told us that when it was found a bunch of rabbis and scholars went to see if it was like today, if they followed the same principles. To make a long story short, it checked out.”

And while the purpose of Birthright is to connect students with their Jewish heritage, Silverman said the trip also connected them to other Jews not part of the CMU community.

“It really bonded everyone, and they’re keeping in touch in a WhatsApp group. Parents are able to keep up with what’s happening. Everyone’s connected. It was nice to be able to meet new people from different areas. It doesn’t always happen, but this time it worked out great,” he said. PJC