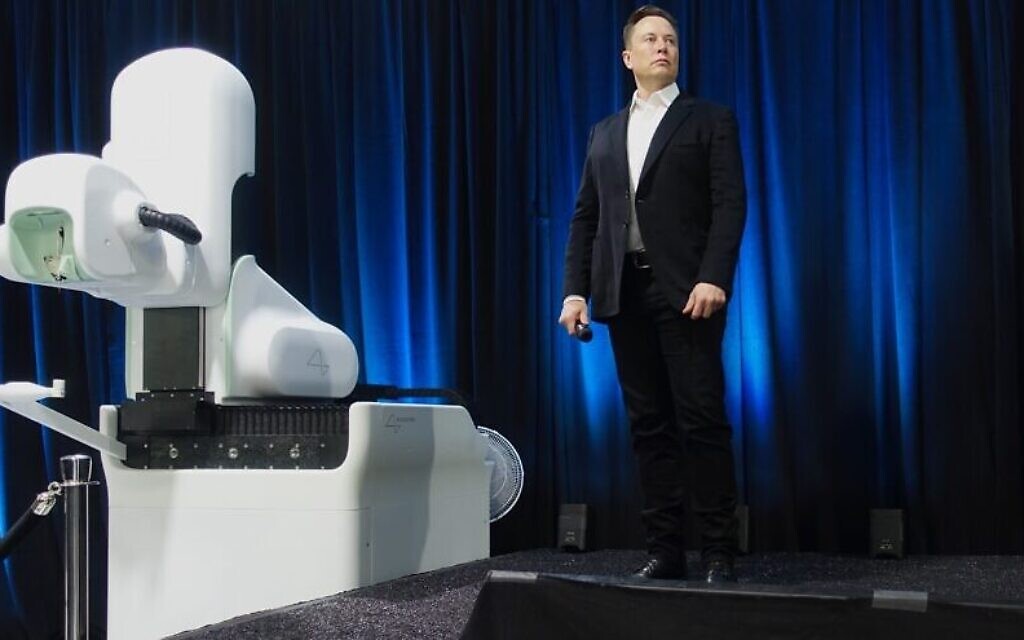 In February, the Anti-Defamation League announced that it had developed what it called an “online hate index” to monitor anti-Semitism on social-media platforms. The effort was conceived as a way to adequately measure the amount of hate speech being posted on sites like Twitter and Reddit, which the group thinks are not vigilant enough about detecting and removing such offensive material. ADL CEO and national director Jonathan Greenblatt conceded that Twitter had “made substantial strides” towards shutting down those posting vile content; still, he believed they had a lot more to do in order to address a growing problem of online hate. The index was intended to assist the social-media giants in policing their users.

It was just the latest evidence of the ADL’s support for more online censorship. Actor Sacha Baron Cohen caused a stir with a 2019 tweet and a subsequent speech at an ADL event where he was honored, in which he torched Facebook for allowing its users to post anti-Semitic context. The Internet and social media had helped heretofore isolated extremists to amplify their voices. And a time when anti-Semitism is on the rise—largely fueled by hatred for Israel on the left as well as traditional tropes of Jew-hatred on the far-right—most Jews agreed that something ought to be done to crack down on those who spread it.

In the years since then, ADL has been increasingly vocal about the issue and sought to pressure Big Tech companies to engage in more content moderation that would silence bad actors. It has also devoted more of its resources to technological fixes that would create partnerships with Internet giants that would, at least in theory, guide them towards creating a less friendly environment for neo-Nazis.

So the news last week that the richest man in the world is trying to buy Twitter in order to reverse the company’s embrace of censorship would seem to be bad for the ADL. It is by no means clear whether Twitter’s current board of directors can fend off Elon Musk’s offer of more than $40 billion for the site or if the financial maneuvering over the future of what most experts believe is a vastly overvalued company will mean for its future. But whether Musk succeeds or fails, he has highlighted a debate that is crucial for the future of democracy.

To date, ADL has kept quiet about Musk’s bid, but the group has become a pillar of the left/liberal consensus about the need to squelch free speech on the Internet. As part of its general shift from a Jewish defense agency to a highly partisan liberal advocacy group, the ADL’s traditional stand in favor of curbing hate has been weaponized in order to support Silicon Valley censorship.

Were the targets of this effort solely neo-Nazis, far-right extremists or their counterparts on the far-left, along with black nationalists and Islamists who also spread hate and anti-Semitism, the ADL’s stance in favor of restricting online speech might be more defensible, though such power could just as easily be deployed against pro-Israel Jews. But as some of us predicted only a few years ago, legitimizing censoring of speech never stops with just the most egregious speakers. The slippery slope from censoring Nazis to shutting down any political speech or reporting that powerful people dislike was always apparent. And the trip down the slope was faster than many of us thought.

In 2020, liberals were so convinced that the re-election of President Donald Trump was such a threat to democracy that he must be stopped at any cost, even if it meant censoring stories about corruption linked to his opponent. In that manner, the social-media companies shut down reporting about Hunter Biden’s influence-peddling by labeling it Russian disinformation, though ultimately, even The New York Times and The Washington Post conceded it was accurate.

The Capitol riot the following January led to Twitter shutting down Trump’s account with 88.7 million followers. Since then, the indications of its increasingly obvious left-wing tilt have grown, with the latest egregious action being its silencing of the satirical website Babylon Bee for mocking transgender ideology. Far from being the wide-open forum that many believed the Internet to promise, the ability to censor social media has become a weapon wielded by liberal elites to enforce woke sensibilities about a host of issues. While conservatives are the main targets, it’s clear that no one can be considered safe from the same treatment if their views fall out of fashion.

That’s where Musk comes in. The 51-year-old native of South Africa, whose successes at PayPal, Space X and Tesla have given him an estimated wealth of $270 billion. That puts him atop Forbes magazine’s billionaire list. Musk is far from a doctrinaire conservative. His mostly libertarian beliefs are hard to pigeonhole, and at various times, he has shown as much sympathy for the Democrats and the left as Republicans and the right. But he does seem fairly consistent in his belief in free speech. And it is this conviction that seems to be driving his interest in Twitter, which he understands can only be steered away from its censorship policies by a sale that would place it in his hands alone.

While it’s difficult for most people to muster much interest in a battle of billionaires, there is more at stake here than just the considerable egos of those involved.

With only 400 million accounts, Twitter is not nearly as popular as the more ubiquitous Facebook with its 3.5 billion users. But as the main forum for contemporary journalism, its importance in 21st-century American political culture cannot be overestimated. The Internet and social media, in general, aren’t merely popular forums but actually comprise the modern public square.

For the first time in American history or that of the world, almost the entire means of mass communication are now under the control of only a few people. While early 20th-century media barons like William Randolph Hearst were immensely powerful, their stranglehold on communications seems paltry when compared with the owners of Twitter and Facebook. And given the political/cultural bias they have demonstrated, the question is now not so much whether, as the ADL claims, they are allowing outlier extremists to vent their spleen but the threat posed to democracy by the ability of these oligarchs to shut down political speech they don’t like.

We can’t know whether Musk would keep his word to make Twitter a free-speech-friendly forum. But the fact that supporters of censorship who claim that defending democracy requires its destruction—such as The Washington Post’s Max Boot or a George Soros-funded leftist website like Free Press—are so frightened by his effort makes it difficult not to root for him.

Whatever we may think of Musk, his bid for Twitter highlights both the dangerously untrammeled power of Big Tech and the need to ensure that they are not controlled by anti-democratic forces determined to shut down public debate in order to advance a specific political agenda. It was already obvious that ADL’s partisanship and dangerous advocacy of censorship had little or nothing to do with the best interests of Jews. It’s equally clear that their stand is harmful to democracy unless you define that as the ability of leftist idealogues to control public discourse. As much as we may view the ability of anti-Semites to post hate on Twitter with dismay, the survival of free speech is far more important to defending both democracy and Jewish security.

It’s a shame that we must currently depend on a single wealthy individual to try to protect those values. But in 2022, Elon Musk may be all we’ve got. PJC