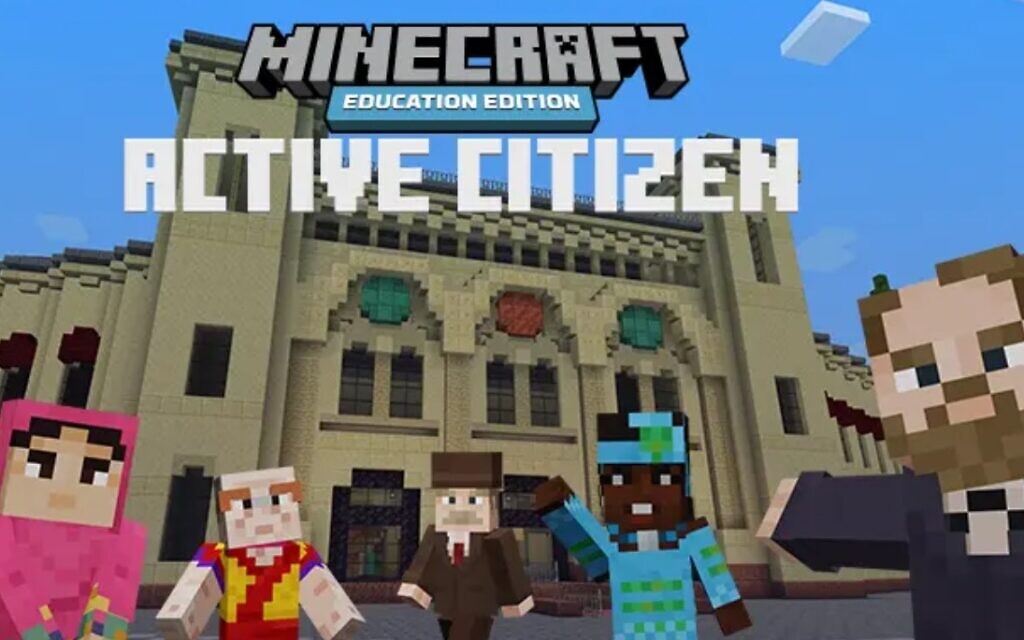 What do Minecraft, the Dalai Lama and a nonprofit based in Fox Chapel have in common?

They all came together to show a new generation of gamers how to aspire to create world peace.

Earlier this month, the Nobel Peace Center, along with Games for Change and Mojang Studios, launched an immersive learning experience focused on civic engagement and citizenship available to all Minecraft: Education Edition players.

The game “Active Citizen” brings Nobel Peace Prize laureates past and present into the Minecraft world to help young people learn that peace is achieved through actions, big and small, game creators said. Through game play, students will develop an understanding of the skills needed to democratically and peacefully bring about positive change, and create their vision for peace — then bring their vision to life in an immersive Minecraft world.

And the work behind the game started in Pittsburgh.

Evan Segal, the Jewish Pittsburgh-bred chairman of the Segal Family Foundation, visited the Nobel Peace Center in Oslo several years ago with his wife and, after his visit, wanted to do more to bring Nobel Peace laureates’ dreams to a younger generation. After some conversation, he brought the group Games for Change into the loop — and the ball started rolling rapidly after they connected with peers in Oslo.

“We were honored to step into that ideation phase,” Segal told the Chronicle. “As luck would have it, they hit it off.”

The Segal Family Foundation, based in, Fox Chapel contributed funds to start — or “seed” — the project, officials said. Foundation officials declined to provide details on the total amount the group pledged.

The game starts at the Nobel Peace Center in Oslo, where players are introduced to Alfred Nobel, the creator of the Nobel Prizes. The players will meet four Nobel Peace Prize laureates, learn their stories and help them overcome challenges to build toward peace.

The game includes accompanying resources on the web for classroom use, including lesson plans and teacher discussion guides for students aged 8-16.
“In each room, there’s lessons about peace and activities for kids,” Segal said. “If you take the words digital and analog and combine them, you get ‘dialogue.’ And dialogue is a functional component of peace.”

“Many of these ideas,” he added, “emanate from Pittsburgh.”

The game ends by calling on players to create a unique Minecraft build that represents active citizenship for them. The Nobel Peace Center will curate an exhibition of the final “Active Citizen” designs featuring contributions from players all over the world, game designers said.

“We believe that the stories of the Nobel Peace Prize laureates have the power to inspire people to create a better world,” said Kjersti Fløgstad, executive director of the Nobel Peace Center. “With this game, we want to inspire the next generation to become active citizens and get involved in causes they care about — on a platform where they feel at home.”

Segal sees the roots of the new project in Pittsburgh and “Mister Rogers’ Neighborhood” — incidentally, he helped organize an exhibit of photos of Rogers at the Jewish Community Center of Greater Pittsburgh shortly after the Oct. 27, 2018, synagogue shootings.

“You don’t have to do everything but you can’t not do anything,” Segal said. “We understand the greatest ally of fear is silence.”