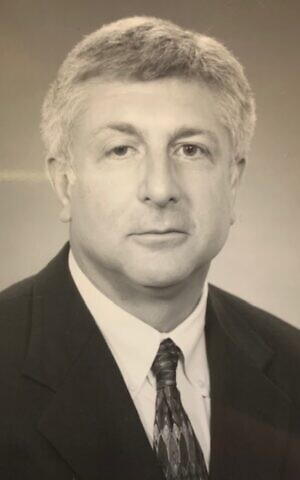 LAMPL: Robert O Lampl (72) died Feb. 7, 2022. Robert O was born Nov. 29, 1949, in Pittsburgh, to Mary Ann (Herron) and Richard Lampl. Robert O graduated from Carnegie Mellon University with an industrial engineering degree (taking a break to enlist in the Marine Reserves). He was a proud Marine and used the term “Semper Fi” with many of his colleagues, clients and friends. Robert O later earned a law degree from the University of Pittsburgh School of Law. Although he lived most of his childhood life in Squirrel Hill, his fondest childhood memories are from his summers at his Uncle Ross’ farm in the Mon Valley. Robert O lived for his work and family, both of whom were sacred to him. Robert O raised his two sons after the untimely death of his beloved wife, Leslie Alberts Lampl. Those who knew him well knew that he was a loyal friend who was thoughtful, kind and generous to a fault which belied his tough, stoic outward appearance. Other than an occasional movie and dinner, he could be found in his office doing research or at a family event enjoying his grandchildren. Robert O was an exceptional attorney, a rain man, a brilliant strategist and a legal scholar who had an encyclopedic knowledge of the law and history. He could read a case, commit it to memory and orate all facts to the court. He always strived to make a deal with his opposition and was largely successful in both state and federal practice in many types of litigation. He was especially proud to have been a part of the inception of the Bankruptcy Court as we know it today following the Bankruptcy Reform Act of 1978, which brought about a great deal of change, including replacing referees with bankruptcy judges, and required the creation of new rules and procedures. Robert O participated in several rules committees and was influential in the development of the rules and procedures in local practice today. He was an iconic, legendary “Lion of the Bankruptcy Bar.” He, along with a select few, worked with each other, often on opposing sides, to mold the local bankruptcy system. Although he is most known for his fierce advocacy as a debtors’ attorney, he prided himself on beginning his career as both a creditors’ attorney and debtors’ attorney as, at that time, such divisions were simply undefined. For the next 40 or so years, he practiced law in his own passionate, though perhaps somewhat unorthodox, way and regularly obtained positive results even in the most complex scenarios. To put it simply, he loved the law with all of its facets. He represented many large debtors, including Mesta Machine Company, Brownsville Hospital, Pittsburgh Brewing, Monsour Medical Center, Ceda Mills, Inc., and Max and Erma’s. Robert O was intensely involved and influential in the legal community in Western Pennsylvania and was a force of nature. He will be fondly remembered as a great mentor to many young attorneys over his storied career and will be deeply missed within the legal community and beyond. He is remembered as a statesman and warrior for the people who always had a soft spot for the underdog. Robert O was truly one-of-a-kind!
Robert O is survived by his fiancée Jeannine Schemm; five children: Michelle A. Apessos (Craig), Elsie R. Lampl (Ben Huber) (daughters of Helen R. Przywarty), Ross C. Lampl, Sy O. Lampl (sons of Leslie A. Alberts, deceased), Chase R. Schemm (Alyssa), Haley Schemm Hores (Matthew) (children of Jeannine Schemm); grandchildren: Corinne Bringe, Ella Bringe, Ada Huber, Maggie Huber, Carly Huber; and Siblings: Patti (Gary) Holupka, Tommy (Lisa) Lampl, Joni Lampl Roche (Mike) and Edward (Valerie) Lampl. He is also survived by many nieces, nephews and grand-nieces and -nephews, and their families. Friends welcome Friday, 2-8 p.m. and Saturday, 12-4 p.m. William Slater II Funeral Service (412-563-2800) 1650 Greentree Road, Scott Township 15220. In lieu of flowers please donate to the Jewish Federation of Greater Pittsburgh. Semper Fi. PJC