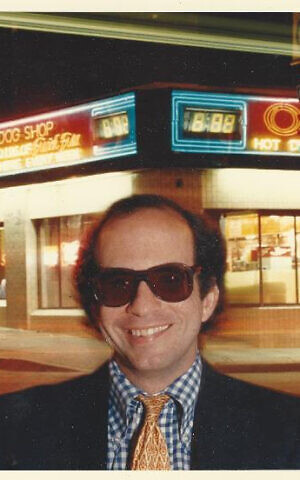 LAZEAR: Robert Alan Lazear, age 74, died from a rare form of cancer on Feb. 14, 2021. He is survived by his loving sisters Mary Jo Lazear (Richard Karp) of San Francisco, California, and Nancy Lazear (Patrick Coyne) of Washington, D.C. He is also survived by his beloved nieces Megan Coyne (Matthew Plummer) and Rachel Coyne, and his beloved nephew Peter Coyne. In his last years, he delighted in his grand-nephew Declan Joseph Plummer. He was preceded in death by his parents, Manuel and Sara (Green) Lazear. Robbie was a lifelong resident of Pittsburgh and loved the city. He was a graduate of Taylor Allderdice High School, and he received his bachelor’s degree from the University of Pittsburgh and a master’s degree in education from Duquesne University. Robbie worked for many years for a variety of organizations including Karma House, the Women’s Center and Shelter of Greater Pittsburgh, Next Big Thing Productions and the Disability Division of the Social Security Administration. Robbie also served as a judge of elections in his beloved neighborhood of Shadyside. He never missed an election day at the polls in over 25 years. Robbie was an avid reader and loved all kinds of music, movies, symphony and opera. He was an excellent poker player and dancer, a political junkie, and a Starbucks regular. He never missed watching the news, “Pardon the Interruption” or “Jeopardy.” Robbie was a true sports lover. He often said there was nothing like a day at the ballpark. During the last game of the 1960 World Series, he ran all the way from his home in Squirrel Hill to Forbes Field just in time to see Bill Mazeroski hit his historic home run. He never forgot that experience. Robbie enjoyed the company of a wide circle of friends with whom he kept in close touch. They all benefited from his kindness, generosity, selflessness and compassion. He was truly interested in and loved people. Robbie was a man of great wit and intelligence, and he had an incredible sense of humor. He loved nothing better than to make people smile and laugh, illustrated by his huge repertoire of jokes and his eagerly anticipated yearly holiday card sent to over 300 family and friends all over the world.
Robbie wanted to offer special thanks to Jay Reifer and Barbara Villa and Molly Youngling, all of whom provided him a home and cared for him during his illness. He was especially grateful to his wonderful team of caregivers, led by Linda Boston. Linda said it was fitting for Robbie to pass away on Valentine’s Day because he loved and was loved by so many. He will be remembered as a wonderful and loving brother, uncle and friend. Services and interment were private. A memorial gathering will be planned when COVID restrictions are lifted. Robbie requested that donations in his memory be made to the Greater Pittsburgh Food Bank or the Women’s Center and Shelter of Greater Pittsburgh. Arrangements entrusted to Ralph Schugar Chapel, Inc., family owned and operated. schugar.com PJC