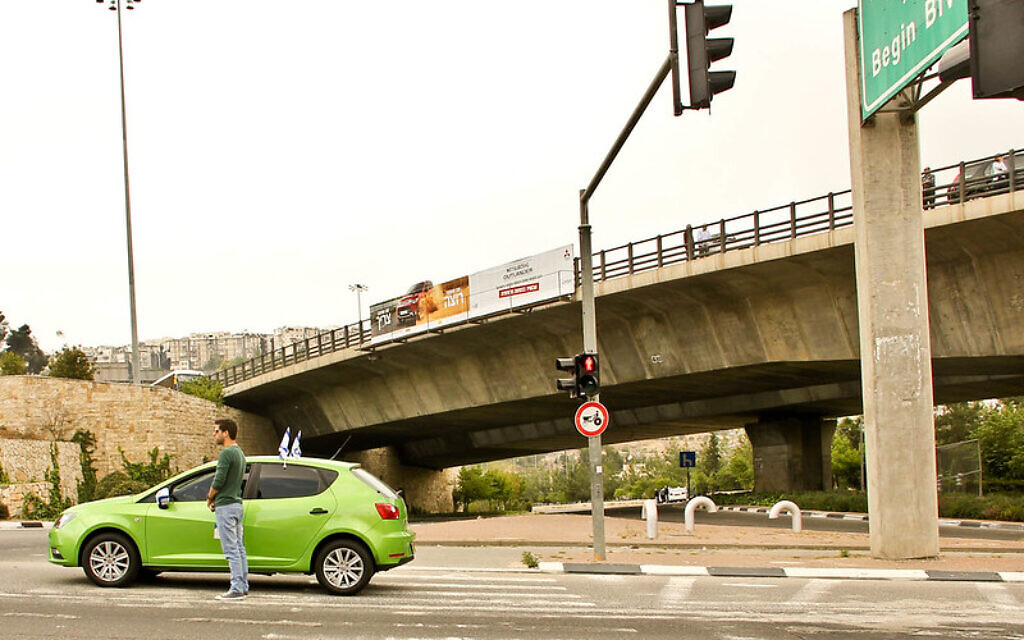 An Israeli citizen stands in commemoration of the country's fallen soldiers. Photo by Avital Pinnick, courtesy of flickr.com.

On the eve of Remembrance Day for Israel’s Fallen Soldiers, the country unites. All previous disagreements are cast aside as the nation stands together to cherish the memory of the brave men and women who gave their lives to fight for and secure their nation’s future.

Every loss of a soldier tears a hole in the hearts of all the people of Israel. Each one is publicly reported with an extensive description of the circumstances of the devastating incident. In addition to these fallen servicemen and women, each year dozens of wounded fighters in the Israel Defense Forces pass away as a result of their injuries and are added to the count. Since last year’s Remembrance Day, 56 soldiers were added to the list. A further 84 IDF soldiers who passed away as a result of their injuries have also been recognized as fallen soldiers of the state of Israel.

The stories of the wounded soldiers who pass away as a result of their injuries are not often told and do not receive public exposure. Usually, when details of the battle are uncovered, the reporting is general and will describe the soldiers as “severely injured.” Yet it goes without saying that every wounded soldier is also an entire world. They too have a story of heroism to recount, along with daily challenges and rehabilitation that too often end in premature death. As fate would have it, I was chosen to become closely acquainted with one of the many heroic stories of a severely wounded IDF soldier who passed away as a result of his injuries and sacrificed his life for the state of Israel.

My late father, Joseph Danon, was one of the best fighters in the Reconnaissance Unit of the 99th Infantry Brigade. While serving as a reservist, he was fatally wounded in a battle with terrorists in the Jordan Valley. At the time of his injury, he was just 29, with a young family, a new business and his whole life ahead of him.

Yet this was not to be. The shrapnel from the grenade that hit his head cut off all his hopes and dreams for his family and his future in one deadly second. He was evacuated by helicopter to Hadassah Ein Kerem Hospital and after a lengthy hospitalization and numerous complex surgeries, the start of his never-ending rehabilitation process began.

After just a few months, it became clear to my father that beyond the medical complications with which he had already been diagnosed, he had also completely lost the ability to hear. Yet like other severely injured servicemen and women, my father chose to fight and take advantage of the time given to him, knowing that he was living on borrowed time. Deep down, in my heart of hearts, I always knew that my father would not live a long life and would not get to meet his grandchildren. I, therefore, took every opportunity to talk to him and learn from him until the severe injury he bravely coped with each day overwhelmed him.

In my childhood home, k was the most important day of the year. My father understandably became very emotional on this day and, even though he was completely deaf from his injury, would choose to reverently watch the memorial ceremonies and the lists of the names of the fallen men and women whose images filled the TV screen. This is the only day of the year when a tear slid from his eye. No complex surgery or treatment ever caused him to complain or show pain. This day did. When I think back, I never understood if he was so moved because of the many friends he lost in Israel’s wars or because of his severe injury and the personal price he was destined to pay. I presume it was a combination of the two, but I never dared ask.

As a child, I was also privileged to get to know a large number of severely injured IDF fighters. I will always remember my wonderment that, despite the heavy price they paid as a result of their horrific injuries, their love for the state of Israel only grew and their belief in the righteousness of our nation’s path was never undermined. In fact, it only grew stronger. Unfortunately, many of these brave heroes are no longer with us. Their severe injuries and disabilities eventually overpowered them.

As we do each year, this year we will also cherish the memories of our wounded servicemen in Israel’s national ceremonies. We will proudly tell the story of their heroism—not only their courage in battle but also the stories of their strength, spirit, determination and faith despite the injuries that ultimately led to their tragic end.
May their memories be a blessing. PJC

Ambassador Danny Danon served as Israel’s 17th permanent representative to the United Nations. He is chairman of the World Likud. His forthcoming book, “In the Lion’s Den,” will be published on May 17. This piece first appeared on JNS.