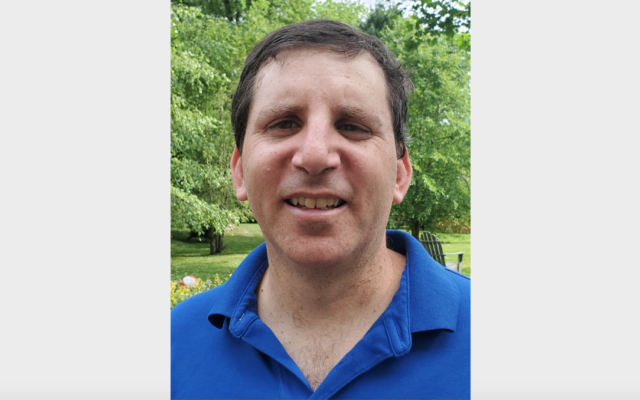 Nature strikes out at humanity. Lack of imagination and planning makes the impact worse. Government at all levels appears inept, helpless. Black and brown people are disproportionately affected. Police exacerbate the disorder. Innocents are killed.

Fifteen years ago, on Aug. 29, 2005, Hurricane Katrina made landfall in the great American city of New Orleans. In December of that year, after the floodwaters had subsided, I went to the city on assignment for the Jewish Exponent. Signs of devastation were omnipresent. City blocks leveled. Cars overturned. Miles of dark city streets with traffic lights out. Advertisements for mold removal dotting the roads. The bars on Bourbon Street were practically empty, though mournful music still filled the air.

The failure of the levees and slow government response left 1,500 dead in Louisiana along with more than $1 billion in damage. And the policies of recovery forever altered the character of The Big Easy. According to a 2019 report by the Data Center, in 2000, African Americans comprised 67% of the city’s population. Today it’s 59%. By nearly all accounts, reinvestment centered in the business district and wealthier, whiter neighborhoods like Uptown.

At the time of my reporting, members of New Orleans’ Jewish community were slowly returning to the mess to rebuild their homes and their lives. In late 2005, an estimated 3,500 Jews, out of about 9,000 pre-hurricane, had returned. Services had resumed in some synagogues. Just outside the city in Metairie, the Kosher Cajun Deli, which lost 20,000 pounds of meat in the flooding, had reopened and become a hub for the returned. Everyone I spoke with was living with trauma, uncertainty and some level of discomfort.

The upside of this kind of swoop-in disaster journalism is it gives more people the chance to share their stories and, hopefully, experience some healing in the telling. The downside is that there’s no way a short-term visitor can possibly master the nuances and history of a place as complicated as New Orleans. I wish I’d had more presence of mind to ask questions about relations between Jews and Blacks, about the future of the city, about what those with at least a measure of power and influence were doing to help those with nothing.

The most consequential thing that happened to me in NOLA took place just a few hours after arriving. It wasn’t mentioned in any of my reporting.

From the airport, photographer Jordan Cassway and I immediately drove to Lakewood, the white, upper-middle-class section of New Orleans near Lake Pontchartrain that was flooded by the breach of the 17th Street Canal Levee. The damage to the neighborhood was so severe that virtually no one lived there at the time. We met up with the president of Congregation Beth Israel, an Orthodox synagogue. He showed us around the ruined sanctuary. This is how I described it:

“The carpet, or what was left of it, was hidden somewhere beneath the pine-cone sprinkled mud. Piles of prayerbooks and Talmud volumes, warped and corroded, lay on the ground. The arks were disconcertingly empty; 10 feet of water had filled the synagogue and decomposed the Torah scrolls beyond the possibility of restoration. Dampness pervaded … the lingering unpleasant smell hinted that months after the floodwaters had subsided, it still might not be a good idea to poke through debris in the 35-year-old building.”

He also brought us to the section of the levee that failed behind several ruined private homes. Heading back to the street, we were startled by a police car. Two officers hopped out, yelling at us, demanding to see what we’d looted. I couldn’t imagine these homes contained anything worth taking.

It happened so fast, I can’t remember if their guns were drawn. Even from a distance, the officers appeared on edge, as if they hadn’t slept in weeks. I felt that if I made the wrong move, said the wrong thing, it would all go badly. I didn’t know if badly meant spending a few hours in jail, getting beaten, or worse, but I felt an overwhelming sense of danger. Our press passes didn’t persuade them at all. Thankfully, the synagogue president was a lawyer who convinced them not to haul us off to jail for trespassing, promising that we’d appear in court.

It took me many years to realize that if my skin were a different color, I surely wouldn’t have walked away from that encounter unscathed. Fifteen years later, I believe the answer to the inequity of that fact lies not in abolishing the police. As one deeply concerned about the rise in anti-Semitism, I believe added police presence around Jewish institutions is sadly necessary. Instead, and I know this is easier said than done, we must make sure that police departments work for everybody and for all communities, that law and order is administered in an equitable and just fashion. I recognize that many have lost faith that this is still possible since calls for serious police reform date back at least to the 1968 Kerner Commission report. But we must try.

If we cease working for that, if we abandon the idea that people and communities are inherently connected, if we give up on cities as economic, cultural and social engines, then we’re living in a dystopia. New Orleans offered a nightmarish glimpse of what happens when the government breaks down. To honor the visions of our forebears and the dreams of our children, we can and must do better. PJC

Bryan Schwartzman, who lives in Upper Dublin, was a reporter for the Jewish Exponent, where this piece first appeared, from 2003 to 2014.