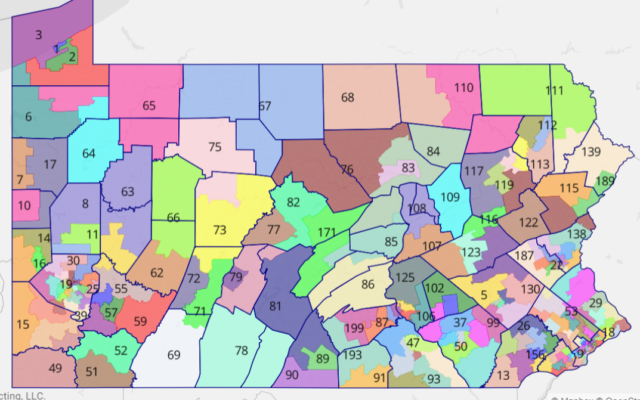 RAC-PA wants to ensure every voice is heard in state and federal elections, regardless of one’s political point of view.

The organization, one of eight state projects of the Reform movement’s Religious Action Center, has partnered with Pennsylvania Voice and Fair Districts PA to advocate for fair and racially equitable legislative maps.

Pennsylvania is creating new congressional and state legislative district boundaries, a procedure that occurs once a decade. The maps are based on the Census of Population and Housing, taken every 10 years.

Due to the commonwealth’s population trends, Pennsylvania will lose one seat in the U.S. House of Representatives, which means it must eliminate one congressional district in its new map. That imminent loss has turned a process already rife with political drama into a tug of war, as both Democrats and Republicans work to secure and, if possible, expand their influence.

The redistricting process is overseen by Pennsylvania’s Legislative Reapportionment Commission (LRC), which approves maps created by both the state’s House and Senate, and holds public hearings on the maps, allowing for public comments. The maps are ultimately approved by the state’s legislature and signed into effect by the governor.

Rabbi Lindsey Danziger oversees RAC’s work in Pennsylvania, Florida, Ohio and Texas. She said the decision for her group to focus solely on elections was decided by the state’s Reform Jewish community at large.

In total, Danziger said, RAC-PA spoke to about 400 people. The organization discovered that a critical mass was concerned with redistricting and elections. Those issues, she said, are Jewish in nature.

RAC-PA saw a lack of racial equality in the redistricting process, which meant the voices of marginalized communities were not being heard in elections, Danziger said.

“It is an issue of how to get fair, racially just maps for all constituents within the state,” she said. “It’s complicated, it’s difficult, it needs to be in the public eye and it needs to be done with the investment of the people who are living in their own communities and know what those maps should look like — not just by those who are elected by them.”

RAC-PA’s coalition partners — Pennsylvania Voice Unity and Fair District Pennsylvania — have created maps they believe are more racially equitable, Starr explained. She said RAC’s partners are asking people to send testimonies to LRC, urging it to examine districts where there are significant differences between the coalition’s proposed maps and the LRC-approved House and Senate maps.

“It’s clear that the LRC has been listening to us based on the comments that were made when the maps were released,” Starr said. “We have to be vigilant on making sure they know we are watching and we care how our state makes these crucial decisions.”

“I don’t work with a Reform congregation, but because of the depth and breadth of the relationships that the Center for Loving Kindness has in the community, I’m able to help guide some of the processes of the local players,” Symons said.

The Center for Loving Kindness had a series of “quiet conversations” explaining how redistricting decisions were made and what RAC-PA could do to help influence those decisions, Symons said, adding that RAC-PA held an information session with 80-90 people in attendance the night before the House and Senate maps were revealed.

“People had more information and understood what was going on,” he said. “Our motivation in all of this is a nonpartisan attempt to make sure that if you have the right to vote, it is easy for you to vote as well — that you are voting in a district that has the possibility of representing your community.”

Symons said that gerrymandering occurs in Pennsylvania and throughout the nation to advantage one party or the other.

“Our goal,” he said, “is to make sure that the people that represent us in government actually represent the population without those crazy district lines.”

Symons said that while he finds the redistricting process complicated and bureaucratic, it’s important that people understand the process allows for comments and recommendations.

The Pennsylvania Department of State has said congressional maps should be completed by Jan. 24 to allow enough time prior to the state’s primaries.

Once the redistricting process is complete for the next decade, RAC-PA will begin focusing on voter engagement, working to ensure that everyone who is eligible to vote does vote.

Symons said that members of the Pittsburgh Jewish community interested in getting involved in the state’s redistricting and voter engagement issues can visit the RAC-PA website to learn more.

“We are now building our strategy for how it is that we are going to get as many people as possible to the polls, understanding what they’re voting for and understanding how they can vote in the November 2022 and November 2024 election,” he said.

Redistricting, Danziger said, is an issue “that dies in the dark. It’s wonky and complicated and not always the most inspiring. What makes this process unfair is when people give in to not paying attention.”

“When we talk to members of our congregations, they say, ‘What keeps us up at night is that we think every person has a right to vote and deserves to have their vote counted in a free and fair election,’” she said. “Redistricting is one way to address that.” PJC