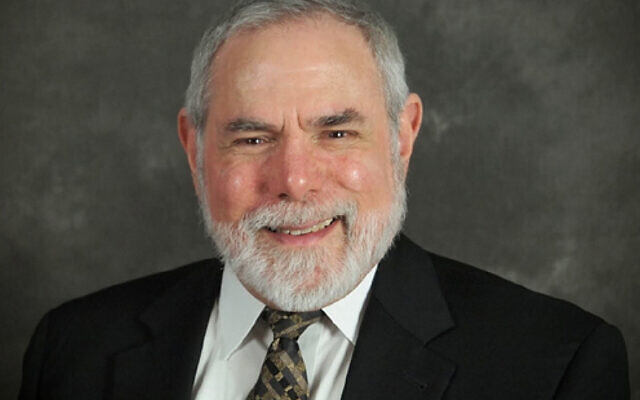 After 44 years in the rabbinate, Paul Tuchman is headed off into the sunset — it just may take a little while to get there.

Tuchman, the spiritual leader of Temple B’nai Israel, retired from the White Oak congregation May 31, nearly 11 years after he arrived. His intent had been to move to Tucson, Arizona immediately upon his retirement, but the pandemic has put those plans on hold.

“I was born and grew up there,” said Tuchman, 69. “And of all the places I've lived and visited, it's the one where I am happiest and most comfortable.”

“I had a plane reservation for March 19, to go look for a place to live, and you know what happened to that, right?” he said.

Tuchman thinks he’ll be able to move by late August or early September. More certain are his plans once he’s back out West.

“I intend to offer my services to area synagogues, teach adult education, and I have some scholarly projects I'm working on,” he said.

Those projects will involve multiple languages, disciplines and terrain. For starters, Tuchman hopes to help translate a portion of writings from the Portuguese Renaissance scholar Abarbanel.

“There hasn't been an adequate and full translation of Abarbanel's commentaries into English, and I'm working on a little corner of that, which is very interesting,” he said.

Tuchman also will continue tackling “a project that combines math and graphic design,” he said.

“I seem to have found ways to expand the common notions of how to create symmetry.”

Initially inspired, decades earlier, by admiring the work of a college quiltist friend, “I became really interested in the design, not in the actual quilting, and I did some reading on it and particularly on symmetry,” said Tuchman. “I just have a hunch that there was more there than was being traditionally presented, so I am getting this into shape well enough to take to a math department and say, ‘You know, professor, is there a possibility here that I'm on to something?’” 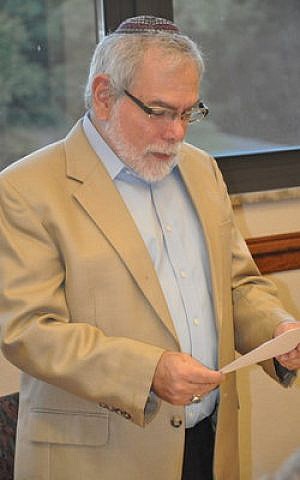 Tuchman’s curiosity and intellect are among his characteristics that will be missed most, said Janice Greenwald, Temple B’nai Israel’s immediate past president.

“He is very learned. I don’t even think the congregation knows how learned he is,” said Greenwald. “When you’re sitting in a class he pulls up information that really surprises you. He has an inventory of knowledge inside of him.”

“He’s extremely learned and he is a good teacher,” agreed Lindi Kendel, Temple B’nai Israel’s co-president and head of its ritual committee.

Tuchman has been easy to work with over the years, she added, noting that “he is very amenable to constructive criticism. He doesn’t take offense. He listens and takes advice.”

“Rabbi Tuchman is a dynamic, friendly guy,” Leffel told the Chronicle in 2009. “He went through a lengthy interview process where he met most of the congregation, and they really took to each other.”

More than a decade later, Leffel stands by his prior assessment.

“He is a wonderful, nice person who has really become part of our temple family. He has been an excellent teacher and an excellent friend,” said Leffel. “He’s benefited the temple really by his presence. He’s a leader, somebody you could talk to very easily. He’s congenial, he doesn’t have an ego, and you could ask him anything.”

In addition to remaining active in Jewish life once back in Arizona, Tuchman is also hoping to take a course at the Arizona-Sonora Desert Museum and become a docent, he said.

“It's been in my life as long as I have any consciousness,” said Tuchman, “and it's been very important in my life.”

Home to 242 animal species and plants from 1,200 taxa, the museum “opened my eyes to the beauty and fascination and subtlety of the desert. It's a landscape that I just love. It's full of life.”

The desert also “is one of the foundations of my personal spirituality,” he added. “I mean it's awe inspiring, what it looks like, how plants and animals live there, how they coexist there.

When I'm out walking in the desert, even on a very still day, it's just vibrating with life.”

“He’s going back to Arizona, where he was brought up. That’s where he lived most of his life. He loves that area,” said the president. “We’ll miss him. He’s really just become a part of our temple family.”

Tuchman has been succeeded at Temple B’nai Israel by Rabbi Howie Stein, who received his rabbinical ordination and a master’s in Hebrew letters from Hebrew Union College-Jewish Institute of Religion in Cincinnati, Ohio. Prior to beginning his tenure at Temple B’nai Israel, he provided rabbinical and educational services to congregations throughout Western Pennsylvania, including in New Castle, Indiana, Allison Park and Pittsburgh. PJC